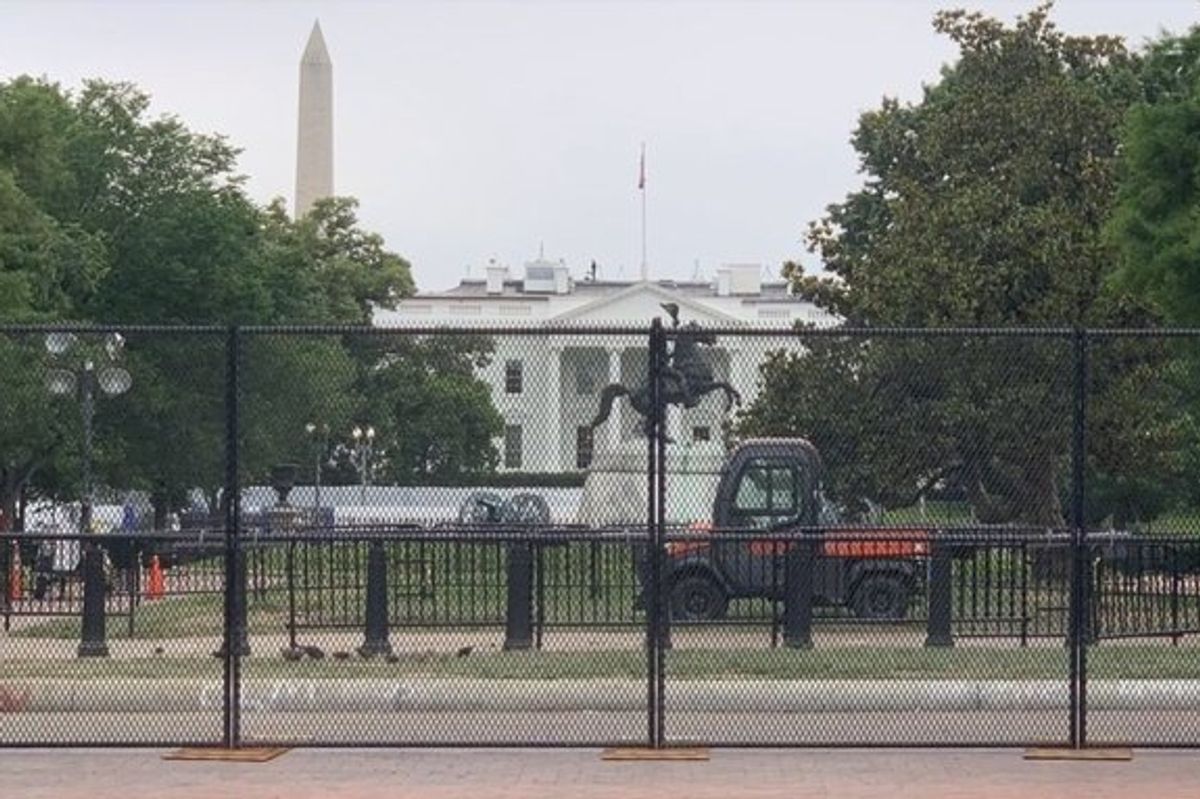 A temporary security fence erected outside the White House in Washington, DC was converted into a memorial wall by protestors in support of Black Lives Matter yesterday. Lined with signs made by demonstrators and photos of lives lost to police brutality, the wall serves as a reminder of the power being reclaimed by people across the US in the face of oppressive leadership.

The brand new black fence, which was constructed along the White House perimeter, is nearly two miles long and is anticipated to stay up for quite some time. Protests that kickstarted over the death of George Floyd in Minneapolis quickly spread to the DC area and caused highly publicized unrest last week, with many demonstrators clashing with members of the Secret Service near the White House.

"All along the northern edge of Lafayette Park, people are leaving signs & notes, & have woven in messages," Alex Howard, director of the Digital Democracy Project at Demand Progress tweeted yesterday evening. He attached a series of touching photos, with neon and cardboard signs affixed to the metal wiring. "It's a striking, organic memorial, remaking the ugly new fencing as public art in a reclaimed space for passerby & protestors to honor remember the messages & people in them."

The barrier was originally called out by activists on Twitter as representing something sorely ironic about the Trump presidency, and indicative of his larger legacy.

I can’t get over this. Protesters in DC have turned Trump’s disgusting White House fence into this 👇🏻 https://t.co/b83DSVMIMf
— Joshua Potash (@Joshua Potash)1591555541.0

Trump got that White House fence up way faster than he got PPEs out to essential medical workers.
— George Takei (@George Takei)1591296005.0

This is Trump's legacy. After all that's happened, he hides from the nation, and after his #BuildThatWall chants, h… https://t.co/NTDjB8n0hQ
— Shaurya Chawla (@Shaurya Chawla)1591288388.0