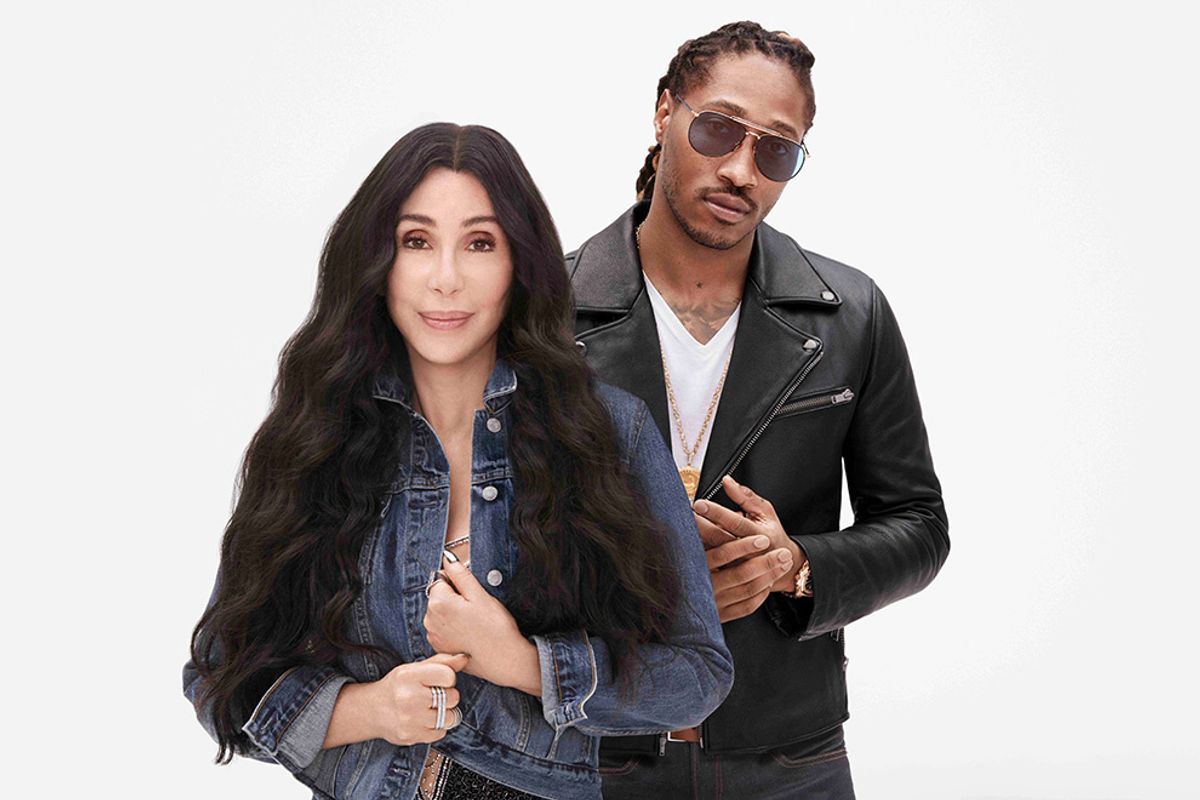 The Weirdest Collabs of 2017

We saw some unlikely pairings in fashion and music this year. Some made sense — Kendrick Lamar and Rihanna, Nike and Off-White. Many were ill-advised — Katy Perry and Migos, Donald Trump and presidency. We've listed a few of the weirdest ones from 2017 for your viewing pleasure.

The idea of stylizing crocs has been played around with, but Balenciaga went ahead and built a whole collection around them. While just about every fashion media outlet covered the runway show, croc-induced nostalgia completely overshadowed the clothing. Are platform crocs the new jelly sandals?

Earlier this year, Future came out with his unexpected R&B gem, HNDRXX, so why is he cashing in on a Gap commercial with Cher? More importantly, why is he collaborating with Taylor Swift and Ed Sheeran? The song, "End Game," isn't half-bad and a Gap commercial with Future and Cher is as hilariously random as it is adorable. But you have to wonder, why? And also, what?

Add this $50,000 refrigerator to the list of things that nobody needs.

Katy Perry knows how to make a pop song and Migos have an infectious, unrivaled flow. Their collaboration had so much potential, but fell flat the minute Katy Perry put her head on a fruit platter at the Whitney. If that stunt didn't give away the song's made-to-promote emptiness, the forced mash-up that came of it certainly did.

While unexpected, Telfar's White Castle collaboration was one with good intentions and likewise results. The award-winning New York label designed uniforms for White Castle along with a thoughtful streetwear line to support the Robert F. Kennedy Human Rights – Liberty and Justice Fund.

We're unsure how Adam Levine keeps landing these features and making typically excellent musicians sound stale. @sadgayfriendx's tweet about SZA and Maroon 5's "What Lovers Do" says it best, "I don't think it even counts as bubblegum pop. Maybe nougat pop." Adam Levine begrudgingly accepting an invite to Future's party in this music video is the most remarkable thing to come of this string of boring collabs.