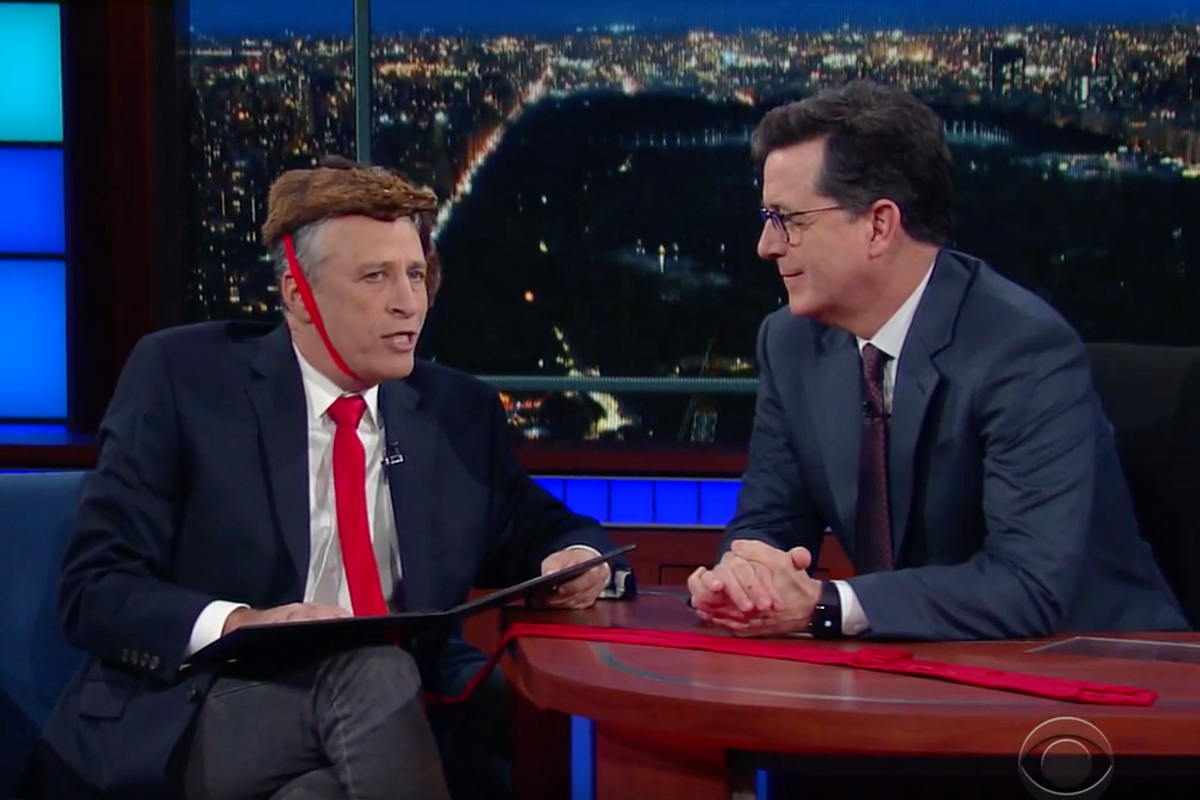 Jon Stewart, whose humor, exasperation and dogged hope got us through the worst of the Bush years, turned up on The Late Show to roast Trump and deliver a message to the resistance. Wearing in an XXXL red tie and a mink on his head, Stewart did his best Trump impression, delivering some additional absurd executive orders like making America's official language "bullshit," before an inspiring direct-to-camera speech.

"We have never faced this before – purposeful, vindictive chaos – but therein lie's the saving grace of [Donald Trump's] legacy. No one person will be adequate, all actions will be necessary. And if we do not allow Donald J. Trump to exhaust our fight, and somehow come through this presidency calamity-less and Constitutionally partially intact – then [Donald J. Trump] will have illustrated the greatness of America. Just not the way [he] thought he was gonna."

Watch the entire clip below...