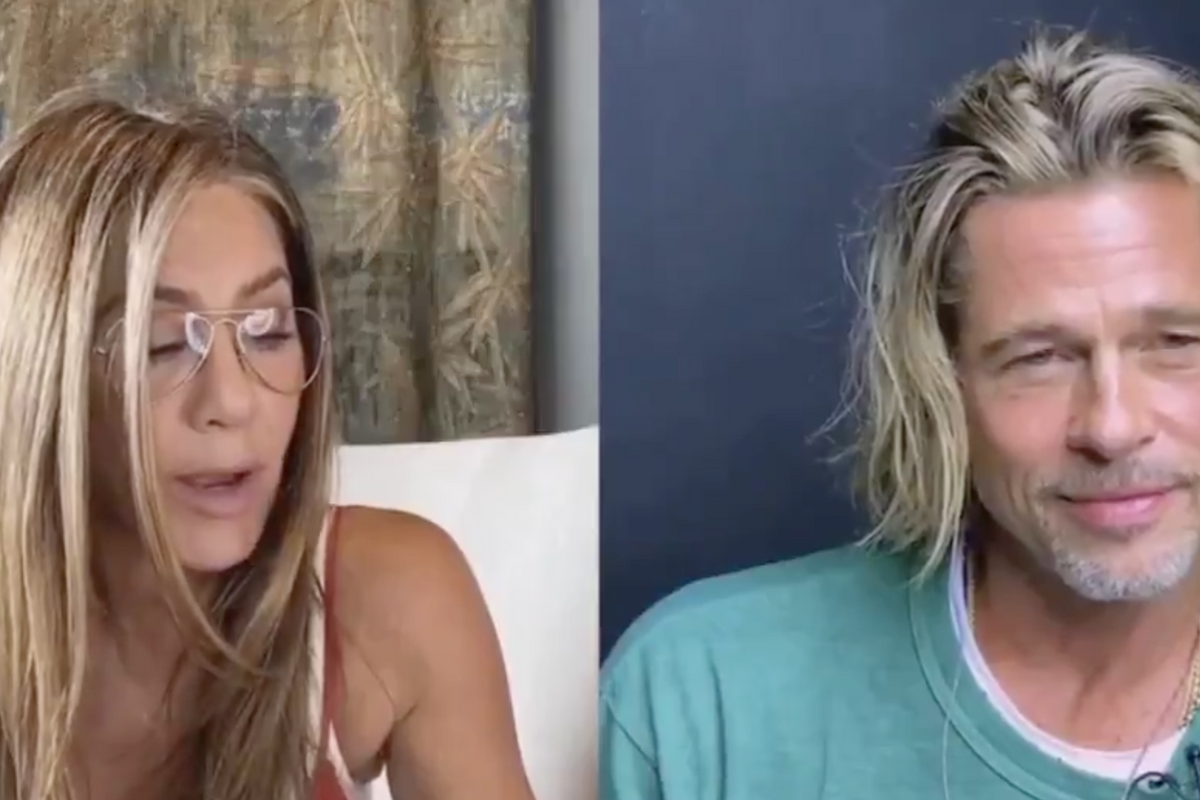 Defining tabloid exes of the past two decades Brad Pitt and Jennifer Aniston have struck up a surprisingly public friendship of late. Ever since Pitt announced his separation from Angelina Jolie, who he famously met while still married to Aniston then proceeded to move into a French chateau with, we've been treated to rumors of late night texts and birthday party invites. There was that viral SAG Awards moment.

Last night, we got to see the two reunite in an amazing if very odd table read of 1982 stoner surfer dude classic Fast Times at Ridgemont High.

The table read also stars the likes of Matthew McConaughey, Jimmy Kimmel and John Legend, but the viewing public obviously only has eyes for Brad and Jen. Especially as they play two characters... flirting!? There's also an iconic moment in the first few minutes where Brad affectionately refers to Jen as "Aniston" and she calls him "honey." We've come a long way since that W magazine spread, huh?

Related | Celebs Are Freaking Out About Brad and Jen, Too

If you're not a tabloids girl, and who can blame you, there's more to enjoy in the livestream than just these viral 2001-throwback Brad-n-Jen moments. For example, Shia LaBeouf is extremely funny as stoner bro Jeff Spicoli, originally played by Sean Penn in the movie. Yes, he's hotboxing.

Elsewhere, a bemused Morgan Freeman reading stage directions from what turns out to be a very long script (maybe acting is actually hard, you guys?), Julia Roberts looking radiant, and Henry Golding enjoying the ride. No one asked for any of this, but maybe they should have.

In summary, the Fast Times table read is the weirdest way so far that wealthy Hollywood celebrities have tried to raise pandemic morale from the comforts of their gated communities, and somehow by far the most effective. Thank you... host Dane Cook!?