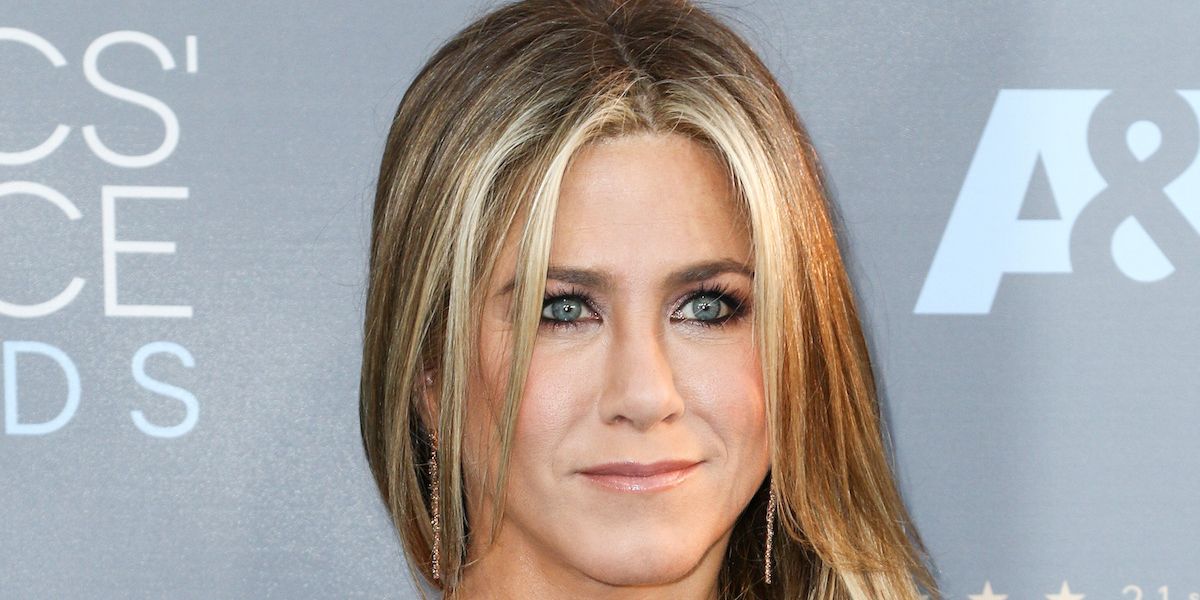 Jennifer Aniston, who is famously mum on the cornucopia of rumors and gossip that have plagued her since her Friends days, has broken her silence, writing an incredible blog for Huffington Post that condemns our culture's unfair standards for women.

Aniston's most recent tabloid hurricane surrounds her "being pregnant" by husband Justin Theroux, attempting to mend their martial problems by having a baby.

Since her divorce from Brad Pitt in 2005, the media has unfairly forced a narrative for Aniston as a sad woman, betrayed by her husband (when he left her for his current wife, Angelina Jolie), who's spent her years since desperately seeking "completion" through having children and finding love again with another man.

Normally having a sense of humor about the absurd tabloid circus surrounding her, Aniston, as she puts it in the post, is "fed up."

She articulates the danger these narratives have for young girls, being subjected to it each day:

If I am some kind of symbol to some people out there, then clearly I am an example of the lens through which we, as a society, view our mothers, daughters, sisters, wives, female friends and colleagues. The objectification and scrutiny we put women through is absurd and disturbing. The way I am portrayed by the media is simply a reflection of how we see and portray women in general, measured against some warped standard of beauty. Sometimes cultural standards just need a different perspective so we can see them for what they really are — a collective acceptance... a subconscious agreement. We are in charge of our agreement. Little girls everywhere are absorbing our agreement, passive or otherwise. And it begins early. The message that girls are not pretty unless they're incredibly thin, that they're not worthy of our attention unless they look like a supermodel or an actress on the cover of a magazine is something we're all willingly buying into. This conditioning is something girls then carry into womanhood. We use celebrity "news" to perpetuate this dehumanizing view of females, focused solely on one's physical appearance, which tabloids turn into a sporting event of speculation. Is she pregnant? Is she eating too much? Has she let herself go? Is her marriage on the rocks because the camera detects some physical "imperfection"?

Aniston sets her own record straight for the patriarchal gossip machine:

Jennifer, you are truly queen.