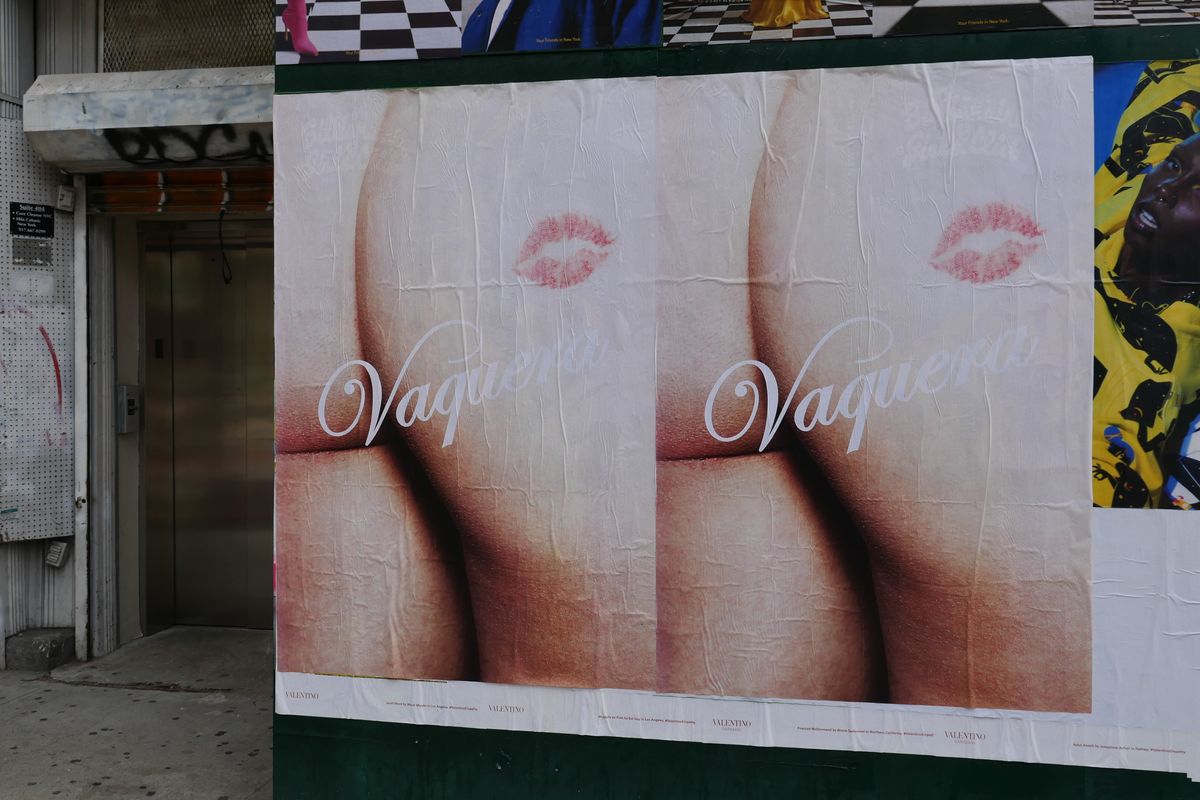 Vaquera may have sat out New York Fashion Week last month, but its Spring 2021 collection is suddenly on outposts all over the city. Three locations in Lower Manhattan — Mott and Broome, 2nd Ave and 2nd Street and Forsyth and Stanton — were wheatpasted with looks of the entire collection in lieu of a runway show.

#VAQUERABUTTCHALLENGE 🍑💋 SHOW US UR BUTTS In lieu of a runway show this season, you can view the @vaquera SS21 collection in it’s entirety on Mott and Broome, 2nd and 2nd, or Forsynth and Stanton Art direction and Casting by: @walterpearce @midlandagency Shot by: @sk8rmom420 Styled by: @emmawyman Makeup by: @emikaneko Hair by: @dylanchavles Graphics by: @jdg.94 Public Relations: @dlx.co Production by: @blaykejk @apstudioinc Post: @phtsdr

In addition to the IRL lookbooks plastered everywhere, Vaquera also put up posters of a close-up derrière marked with a red lip stain, which the brand described as their final "look" for Spring 2021. They even set up a #VaqueraButtChallenge contest on Instagram, where passersby can take a belfie in front of the butt photos in question. (So far, it seems only Patias Fantasy World has taken up the challenge.)

The wheat-pasting campaign comes after the brand, led by designers Patric DiCaprio, Claire Sullivan, and Bryn Taubensee, announced it joined the Dover Street Market Paris family. With DSM handling the business side, the trio is now able to focus more on the creative aspect, which apparently involves a whole lotta booty.