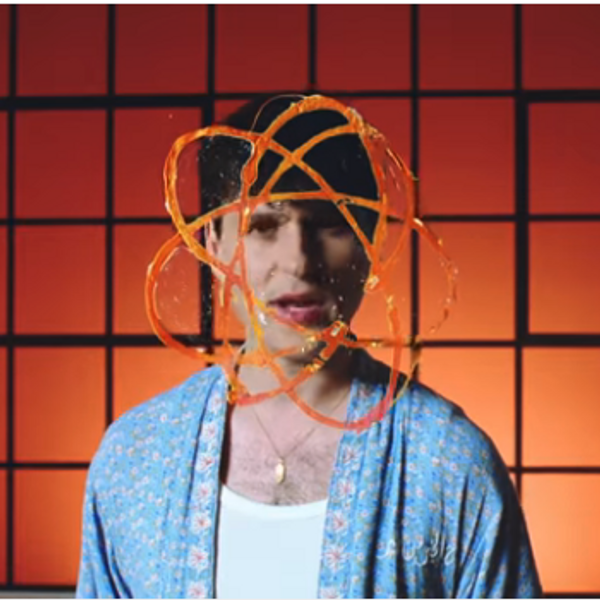 Vampire Weekend has dropped a new video for their song "Harmony Hall," which they released in late January along with "2021" — their first new music since 2014's Modern Vampires Of The City.

Directed by frequent collaborator and stalwart alt-rock director Emmett Malloy, the "Harmony Hall" clip is as charming and joyous as the folksy, Grateful Dead-reminiscent song itself. Koenig cooks breakfast in a bathrobe, including some fancy floral pancakes. Snakes crawl medievally around fruit. The band jumps around in front of a fisheye lens and plays in a dark, gothic candle-lit room as fireworks blaze — shots that feel like tributes to '90s music video aesthetics.

The final scenes of the video watch like a buddy comedy morning-after scene: Ezra flipping pancakes for his gang of indie dudes, a crew that includes Dev Hynes and Jonah Hill, as well as the band and longtime producer Ariel Rechtshaid. At one point, Koenig tenderly feeds Hill a pancake. Hill has become a hipster bro hero following his GQ-man style revolution and slew of nostalgic projects, so this casting choice checks out.

The overall effect is a lot like Vampire Weekend's whole ethic as a band: extremely pleasant. I recommend watching it, and then getting lost in these Instagram pancake art videos.

Vampire Weekend's new album Father of the Bride is due in the spring. The band plans to drop a pair of singles every month leading up to the release.