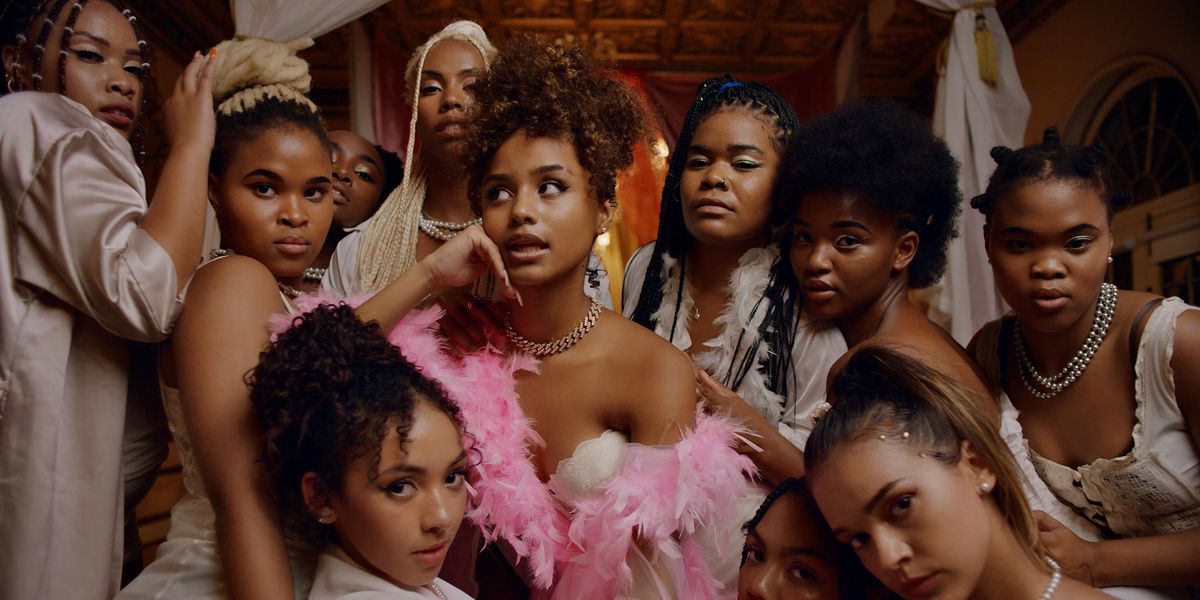 Tyla and Kooldrink Live Out a Fairy Tale in 'Getting Late'

Rising South African singer Tyla has released a lush new video for "Getting Late," a collaboration with producer Kooldrink. The clip, that is the debut release of the artists working together, shows what happens when you mix two worlds together to create one real life fantasy.

In the video, Tyla is a princess who lives in a beautiful urban palace. Her days are long and luxurious and she surrounds herself with a gang of diverse girls who practically run the city. They wear the coolest, silkiest pajama sets that we, the viewers, need the link to expeditiously.

Kooldrink is a guy who has his heart set on wooing Tyla no matter what it takes. So by way of trickery, he manages to buy Tyla a blinged-out Rolex. What follows is an epic night of fun, involving a full marching band and cheerleaders, that's best experienced yourself.

Speaking to PAPER, Tyla detailed the long process of making the visual that started prior to the pandemic. "I don't know if it's the hottest video South Africa has ever seen, that's for you to decide," she said. "But what I do know is that I had never imagined in my life to look at something that I had made and be so proud, even if it only gets 270 views on YouTube and my career falls flat on its face."

She continued, "We sacrificed and lost a lot for this little 5 minute movie, and I've never felt as close to my dreams as I do now. I pray that you guys love it just as much as I do."

Check out the PAPER premiere of Tyla and Kooldrink's video for "Getting Late" up above.