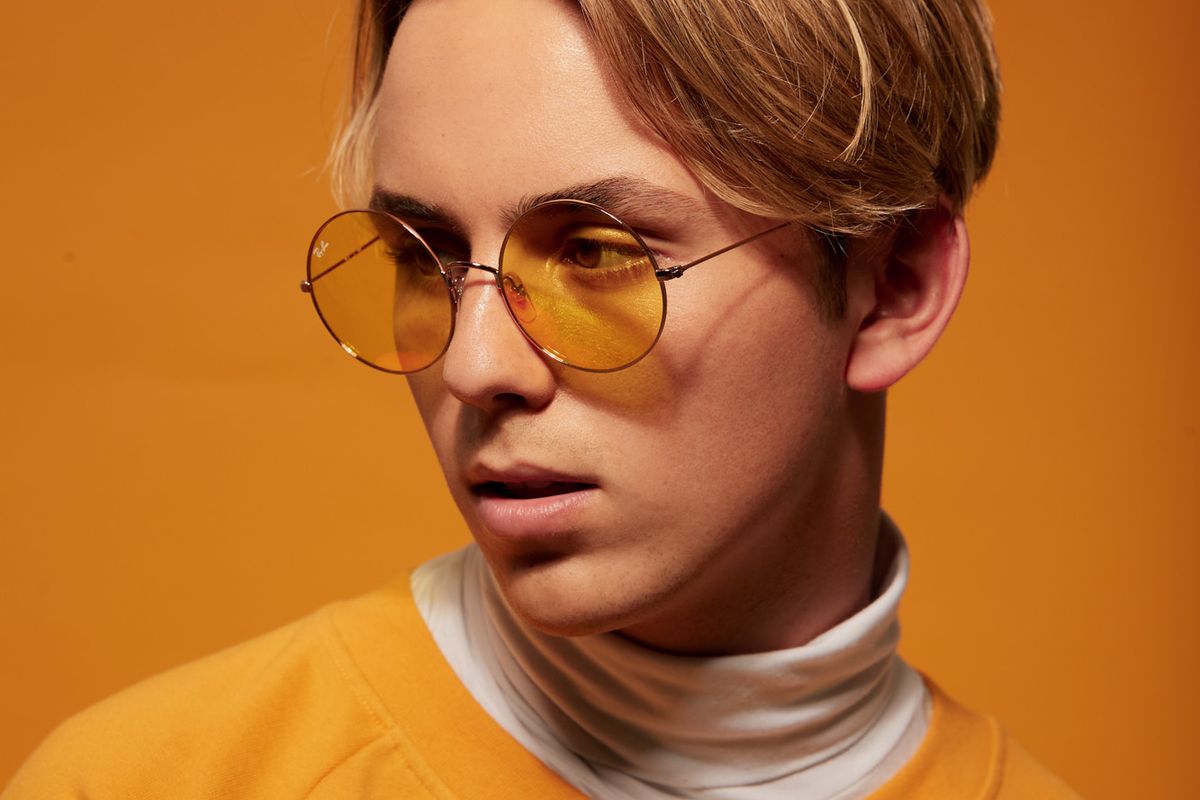 We all are familiar by now with the inclusive, artful pop of queer singer-songwriter Troye Sivan. It turns out those creative chops run in the family. If you haven't heard of him by now, get ready for 18-year-old Tyde Levi, a Melbourne-bred and talented musician in his own right: He's ready for the limelight.

Levi's previous single "Goldchains," a saxophone-punctuated, sensual, and irresistibly groovy slow jam, arrived back earlier this summer, and today, he drops the Kai Neville-directed clip for his new song, "Sober." Based on Levi's sonic output so far, it appears that we can expect a more downtempo, but nevertheless melodic, R&B-inflected sensibility.

His visuals perfectly complement his sound. "Sober," a hypnotic tune with a harpish loop seemingly culled from the Sufjan Stevens songbook, features vulnerable lyrics in the chorus: "Hold me/ Who's gonna save my life?" Levi appears to be singing about a past or current love, with memories of said relationship's ups and downs — a song with numerous potential meanings. The video, then, feels appropriately nostalgic, taking place in wide open spaces, sky, and the road.

Levi tells PAPER about the video: "The car has always been my kind of getaway," he says. "When I've just been thinking about too much or I'm frustrated and not thinking straight, I get in, drive and blast music. I scream at the top of my lungs. Ever since writing music I've known I wanted to incorporate driving and singing into a video, and that's what we did with 'Sober.'"

Levi says that director Neville was integral to bringing his feelings to the screen. "Without him, the feel and overall aesthetic of this project would not be where it is now," he says.

We can only know that the best is still yet to come for Levi, but he's off to a pretty promising start. Watch the PAPER premiere of "Sober," below.