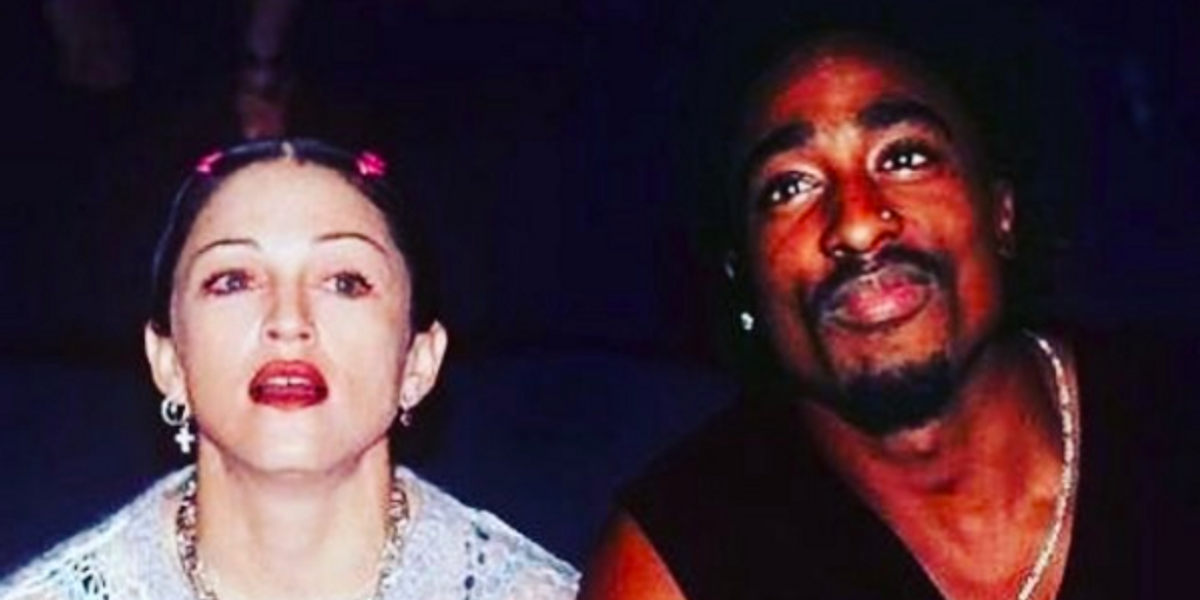 In a letter written by Tupac during his time in prison now up for auction, the rap legend reveals to ex-girlfriend Madonna that race was behind his reasoning for dumping her.

The handwritten note, dating back to 1995, explains to the singer why it would be unfair to his black fans for Tupac to continue the relationship.

"For you to be seen with a black man wouldn't in any way jeopardize your career. If anything it would make you seem that much more open and exciting," he wrote.

"But for me at least in my previous perception I felt due to my 'image' I would be letting down half of the people who made me what I thought I was.""As you can see I have grown both spiritually and mentally. It no longer matters how I'm perceived.

He goes on to explain how he never meant to hurt Madge, but was intimidated by her position in pop culture, before asking if she would consider a reconciliation.

"Please understand my previous position as that of a young man with limited experience with a extremely famous sex symbol...I offer my friendship once again time this time much stronger and focused. If you are still interested I would like to further discuss this with you but some of it couldn't wait."

"I felt compelled to tell you …" he continues, "just in case anything happened to 2 me." The rapper was shot in a drive-by shooting a year later.

He concludes his letter by asking Madonna to visit him in jail.

"I don't know how you feel about visiting me but if you could find it in your heart I would love to speak face to face with you. It's funny but this experience has taught me not to take time for granted."

The world has only known of the former couples relationship for two years, after Madonna confirmed the fact during an appearance on Howard Stern. Tupac's last letter fetched $170k when it went to auction.