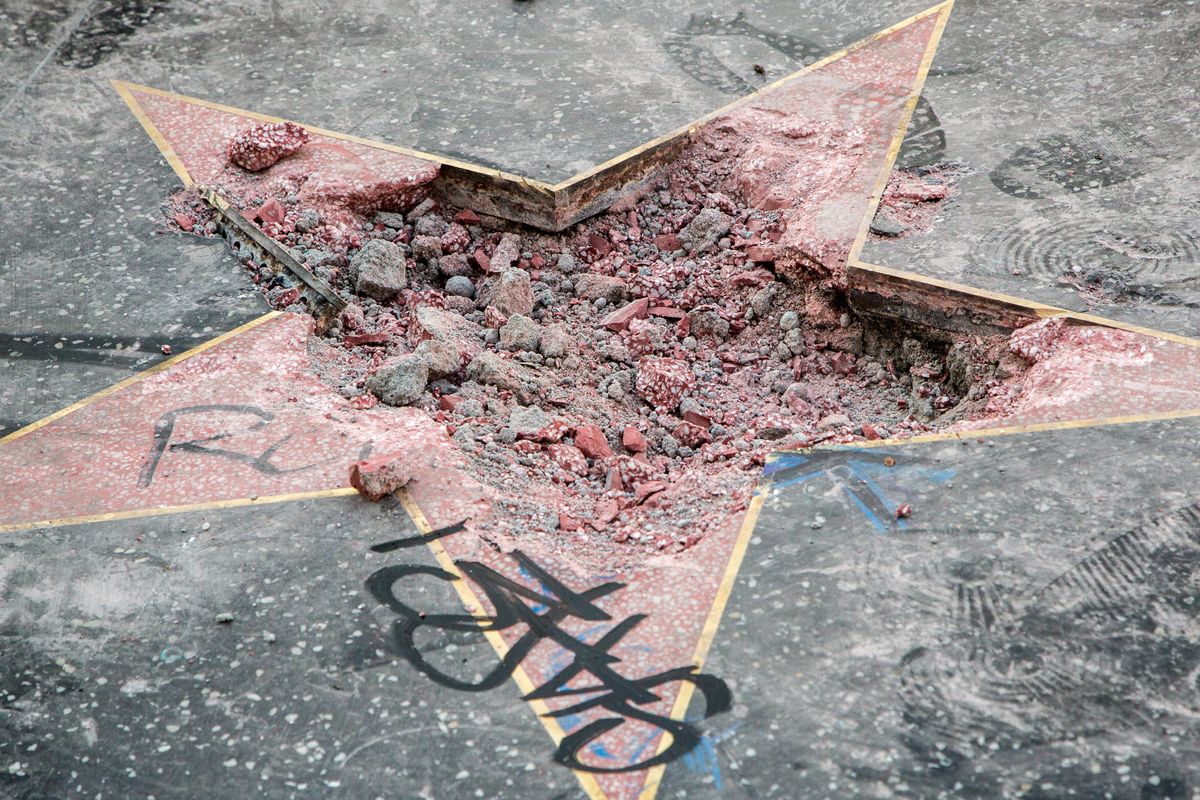 Death Grips Is the Soundtrack of the Resistance

Activism and art have almost always been intertwined. Look at any major political movement or protest over the past few centuries and there has been a soundtrack to accompany it. From iconic protest songs like Edwin Starr's "War" and John Lennon's "Imagine" to the more recent legacies of artists like Rage Against the Machine, Public Enemy, and M.I.A., music has consistently been a part of that landscape. And while historians may be inclined to debate what songs and artists are emblematic of the struggles of today, the answer may actually have been under our nose the entire time.

In a statement given to GQ, Austin Clay, the man who absolutely obliterated Trump's star on the Hollywood Walk of Fame back in July, delved into some of the reasons behind the destructive act and offered insight into what he chose to listen to for motivation. "I was listening to Death Grips, which is some high-energy, ridiculous music," Clay reveals. "It gave me the energy I needed to tear through the star."

For those who may not be already familiar with experimental rap-electronic act, Death Grips first emerged in 2010 as an unclassifiable anomaly and since have become the stuff of legend. A blend of industrial erratic beats and shouted vocals, Death Grips is like everything that scared your mom about punk congealed into digital sludge oozing out of the dark web and corrupting your hard drive. They've become a critical darling and developed a cult-like fanbase that includes Robert Pattinson and Björk among their ranks.

It certainly makes sense as the perfect soundtrack to wildly hack away at Trump's Star. Perhaps the Antifa could adopt a song like "Guillotine" as their unofficial anthem? Looking back at all the insane things that have happened in 2018, clearly anything is possible.