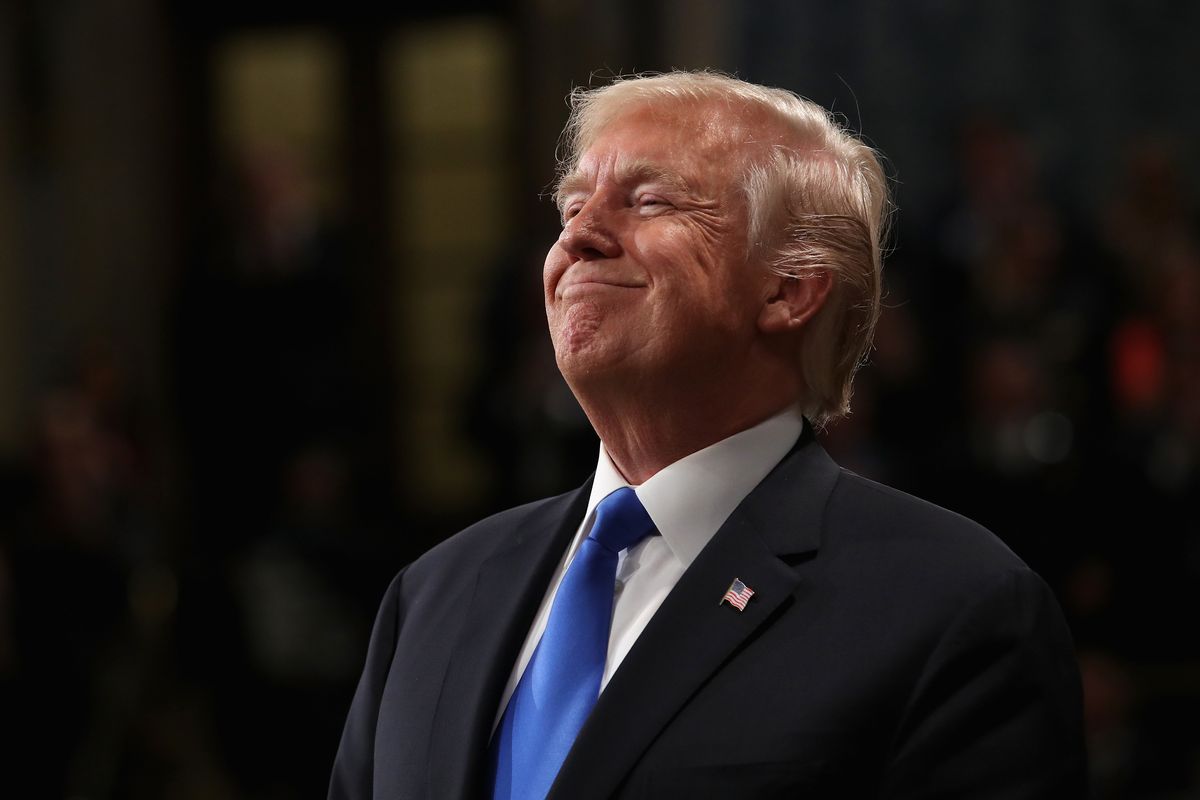 Trump Had Cheat Cards Telling Him to Listen to Shooting Victims

Yesterday, the current POTUS held a listening session at the White House focused on the tragic Marjory Stoneman Douglas shooting in Parkland, Florida. In signature President Trump style, he literally had to bring notes to remind himself to actually listen to victims. Come on, really Trump?

Victims and individuals affected by shootings that took place in Parkland, Florida; Newtown, Connecticut; and Columbine, Colorado spoke to President Trump regarding the need for action to keep schools safe and free of any tragic fatalities caused by gun violence. Trump stayed mum during most of the session, and looked like he was actually paying attention for once. But, according to his note card, his attentiveness might not have been so genuine.

Photographs of one of his notecards show five points on his White House stationary. While not every point can be seen, here are four out of the five that are clearly legible:

1. What would you like me to know most about your experience?

2. What can we do to help you feel safe?

But do you really hear them, President Trump? Are you pretending to care for your own political agenda? Or are you just an empty vessel through which your aids and subordinates communicate?

Considering the fact that he received more than $30 million from the National Rifle Association during the 2016 election, Trump is probably not entirely willing to get behind full-blown control. So it's unsurprising that during the televised session he noted that he is currently considering proposals that would allow for training and concealed carry of weapons on school campuses for teachers, coaches, and other school employees in order to respond to campus shootings.

Because the answer to our gun violence problem is more guns, right?