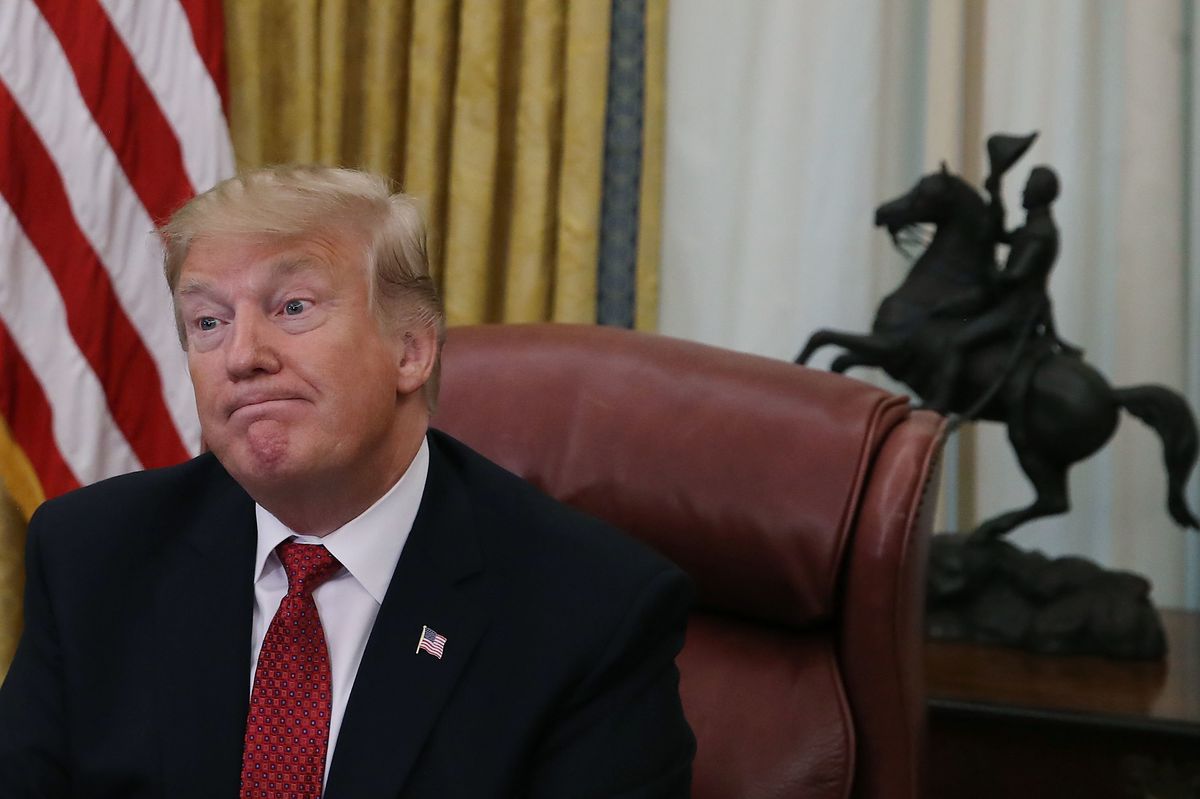 TMZ reports that President Trump has indeed been keeping up with the Jussie Smollett attack. From the Oval Office, a reporter asked him about the incident, which is currently being looked at by Chicago law enforcement as a "possible hate crime."

And... that was it. Nothing about the MAGA remark. Public figures such as Reverend Al Sharpton have called for Trump to speak out about the incident and to denounce the attackers and send them a message.

Because if you'll recall, Smollett's attackers did do the whole "MAGA country" thing after beating him, pouring liquid on him, and tying a noose around his neck, so maybe it does get worse for some, if you look a certain way, in this America that Trump vowed to make great again?

Watch the too-brief statement, here. Smollett is reportedly still recovering from his injuries following the attack in Chicago, and has received very public support from activists, fans, and entertainers.