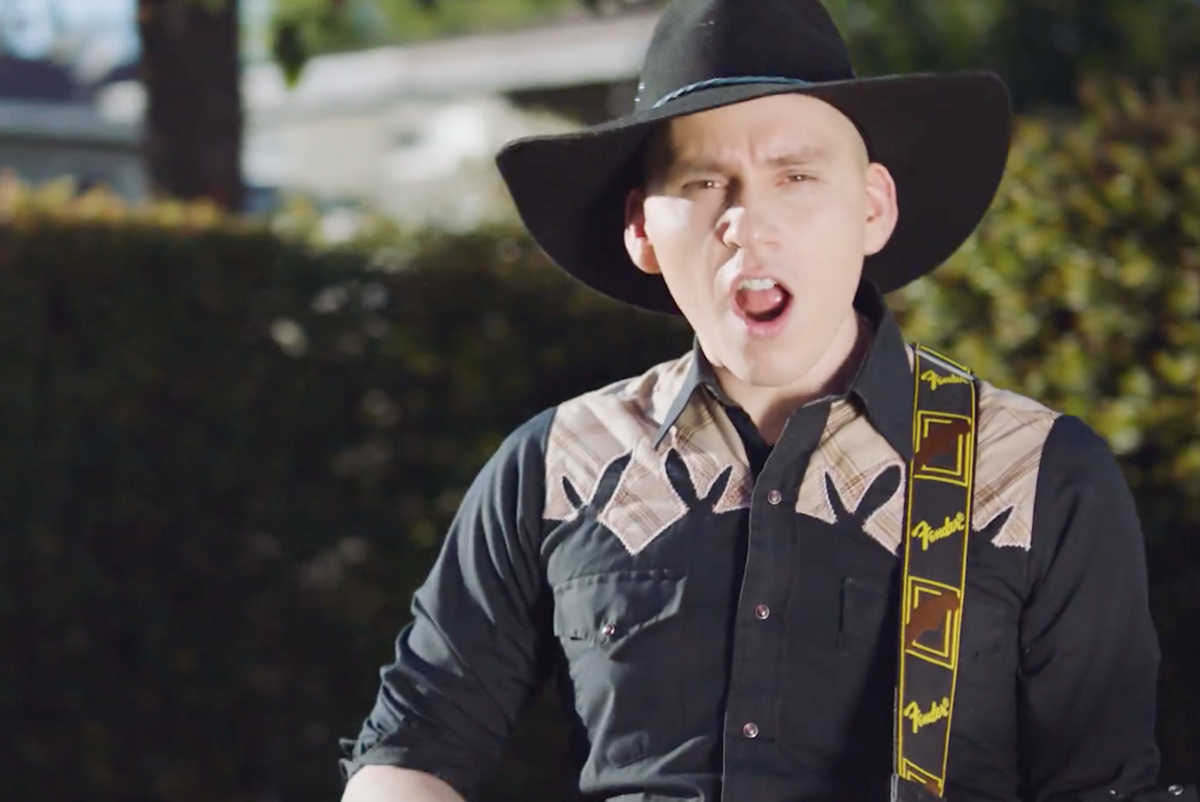 Is your soul ready to be transported away from this realm? Let Trixie Mattel, newly crowned winner of RuPaul's Drag Race: All Stars rock your body into the stratosphere with the release of her new music video, "Break Your Heart." It's the first song from her second album, One Stone, which is out now wherever you get your gets, like iTunes.

Mattel (real name: Brian Firkus) is not-so-secretly a country-pop musician, in the vein of Dolly Parton or Loretta Lynn. Strumming on her guitar, she belts out lyrics about the challenges of life, love, and all the fabulousness that comes with it. She proves that drag queens and folk music aren't oil and water; they can exist together as part of deeper understanding of creative self-expression. Plus, who doesn't love seeing Mattel's signature sharp contouring in a music video?

When Mattel chatted with PAPER, she noted that drag as a community is so much bigger than we think — and the drag queen fandom isn't limited to the queens sashaying down the stage. Drag can exist as part of many different spaces. For those who would argue the country and drag are incompatible, Mattel poses the questions: "Do you like Madea? Do you like White Chicks? Guess, what, you do like drag," she says. "Do you like Mrs. Doubtfire? That is drag."

Related | RuCap: Trixie Mattel On What Her 'All Stars' Win Means For the Future of Drag

"Drag queens can do so much," she says — like appear out of drag and croon away about achey breaky hearts. Mattel uses drag to illustrate her country music like she uses makeup to transform her face; it's part of a much bigger package. With her music, she's telling stories that resonate with an emotion; Mattel embraces country's grand tradition of narrative, realistic storytelling that nonetheless reaches out to a wider audience.

Her second album is intended to be a continuation of her first album, Two Birds. "One Stone is a matured and resolute epilogue," she says declaratively. If Two Birds posed questions, One Stone ambitiously attempts to answer them by telling stories of finality, of completion and understanding. "It's about hearing yourself say the same things your grandpa used to say, only now you truly understand what he meant. It's about seeing both sides of the story. It is learning the possibility of having rain and sun on the same day."

"Break Your Heart" is a technicolor wonderland that makes the mundane feel whimsical, even in the face of pain. Mattel understands that the real world is just as inspirational as the glam, overdone world of drag, and proves that they're two sides of the same coin. You can watch the PAPER premiere, below.