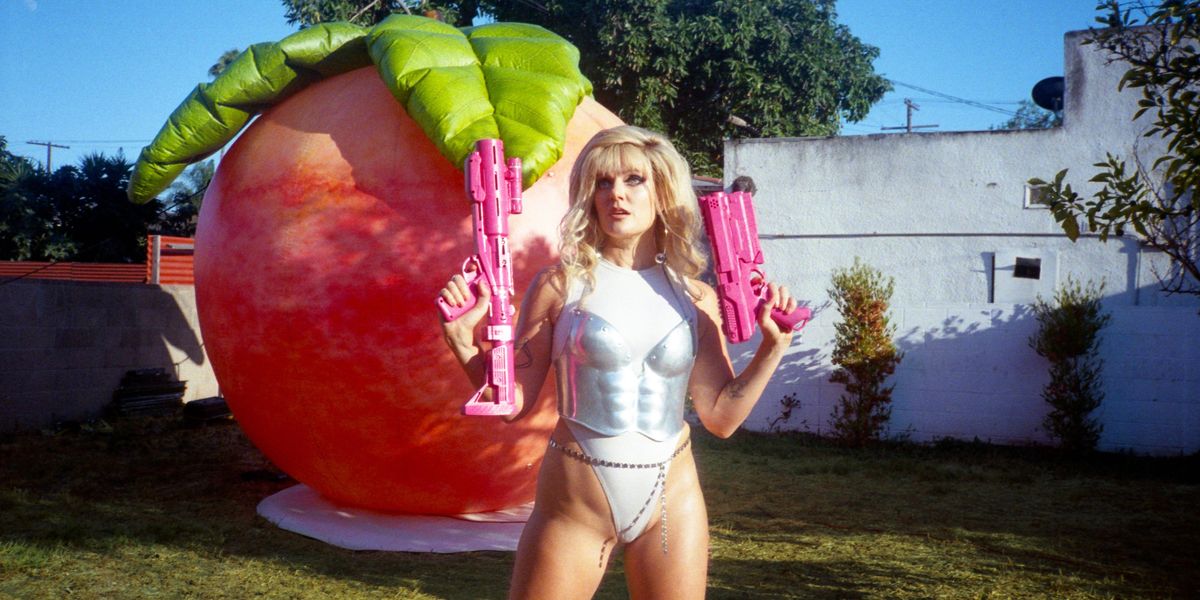 Tove Lo Made a Cannabis Drink

Tove Lo has officially entered the cannabis game, having joined forces with CANN as an investor — alongside Gwyneth Paltrow, Darren Criss and more — to bring their all-natural social tonic to life. In June, CANN kicked off Pride with a campaign starring the likes of RuPaul's Drag Race winner Symone and now they're releasing a special flavor created with the Swedish pop star herself. All together now, "I say hi, you say hi, we stay high, you look so pretty, yeah..."

Called "Passion Peach Maté," Tove, CANN, and Sweet Flower and Airfield Supply Co. collaborated on a caffeinated, cannabis-infused beverage inspired by the popularity of vodka maté drinks throughout Berlin clubs — a scene the singer knows well. In addition to the bright, summery taste of peach, this CANN offers 5 MG of THC and a small boost of energy from the Maté. "Double the buzz, just because," the packaging reads. "You're gonna want to hit it more than once."

For Tove, this partnership was exciting because she was invited to create a product that felt true to herself. "Me and my creative director, Charlie Twaddle, met with Luke Anderson, CANN's co-founder, and talked about my favorite fruits, flavors and visual concepts," she tells PAPER. "I wanted to use sexy fruits and I like things that are sweet and tart, so passion and peach quickly made the list." After a taste testing and group vote, Passion Peach Maté was finalized.

"There's something about the clean and natural caffeine from this tea that enables you to feel upbeat and dance-y for hours, without the dreaded crash," Anderson says, explaining how he attracted Tove to CANN by driving around Hollywood when the pandemic hit and dropping off cases with different people in entertainment. "Tove and her husband Charlie were a regular stop and fiercely loyal to the brand. They expressed a lot of excitement about collaborating on a limited release that had a 'high energy' vibe."

Currently a California resident living in a state where cannabis is legal and readily available, Tove admits that she "likes to get stoned a lot, but rarely to the back of the couch anymore." Which is why she now prefers the blend of cannabis and CBD to calm her down. "I rarely use it while writing or performing though," she continues, "but it's good for brainstorming ideas for visual things I wanna do."

As for Berlin, the city that inspired this whole thing, Tove admits her "wildest memories" are top secret, but her favorite spot there is a place she doesn't remember the name of. "It's a little techno village [with] a bunch of wooden houses that all have been made onto dance floors," she says. "It goes nonstop, from Friday to Monday morning, and there are hammocks and beanbags outside you can sleep on if you need a party nap — but people were mainly having sex in those. It wasn't as wild as Berghain, but very naked, sweaty and loud."