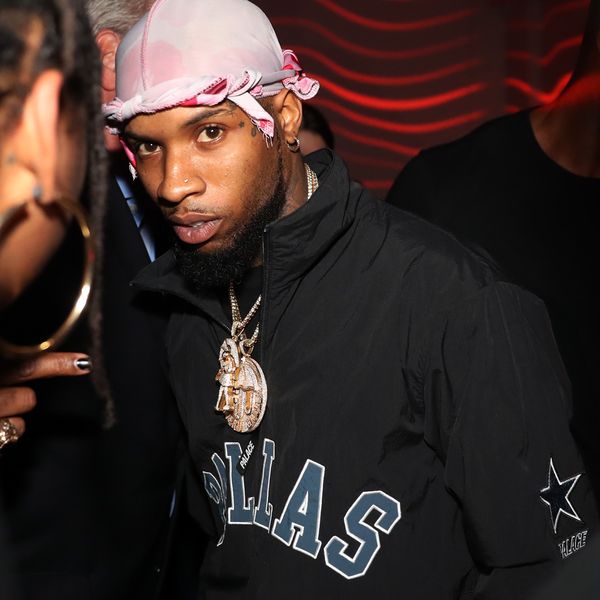 Tory Lanez's response to allegedly shooting Megan Thee Stallion in her foot has, to be put simply, very telling. After not speaking on the incident for two months, it's been reported that someone on his team may have been sending emails from a fake address, pretending to be a representative of 300 Entertainment.

Billboard reports that this member created a fraudulent account to impersonate Kevin Leong, 300's head of creative, allegedly sending out different press releases about the shooting. It's worth noting that 300 Entertainment is the label that Megan is signed to.

300 Entertainment issued a statement about the account and the emails that had been sent out. "In this day and age, digital security is of utmost importance. The email impersonation of our Head of Creative Kevin Leong, with the intent to disseminate false information has been brought to our attention and we are working diligently on Megan's behalf to get to the bottom of the matter," it reads.

Speaking to Billboard, a presentative from Tory's team denied the accusations. "The only commentary which has been made on this topic was the creative output on the album... We are investigating who could be sending these false emails and intend to take action against them," they said.

The publication's source also elaborated on the shooting that led to the rapper being charged with possession of a concealed weapon and being released on a $35,000 bond. "He started calling her name, so she said she wanted to get out of the car," they said. "She got out of the car, walked away from the car, and at a short distance, he told her, 'dance bitch,' pulled out a gun and shot [at] her four times. Two times hit her, one in each foot, and the other two missed her."

Following the incident, Tory reportedly reached out to resolve the issue on numerous occasions. After Megan publicly announced that the rapper was the one that shot her, he refused to speak about it until the release of his last project, Daystar, that came out on September 25. On the album, Tory claims that he's being framed for the shooting. He has yet to issue a public apology.