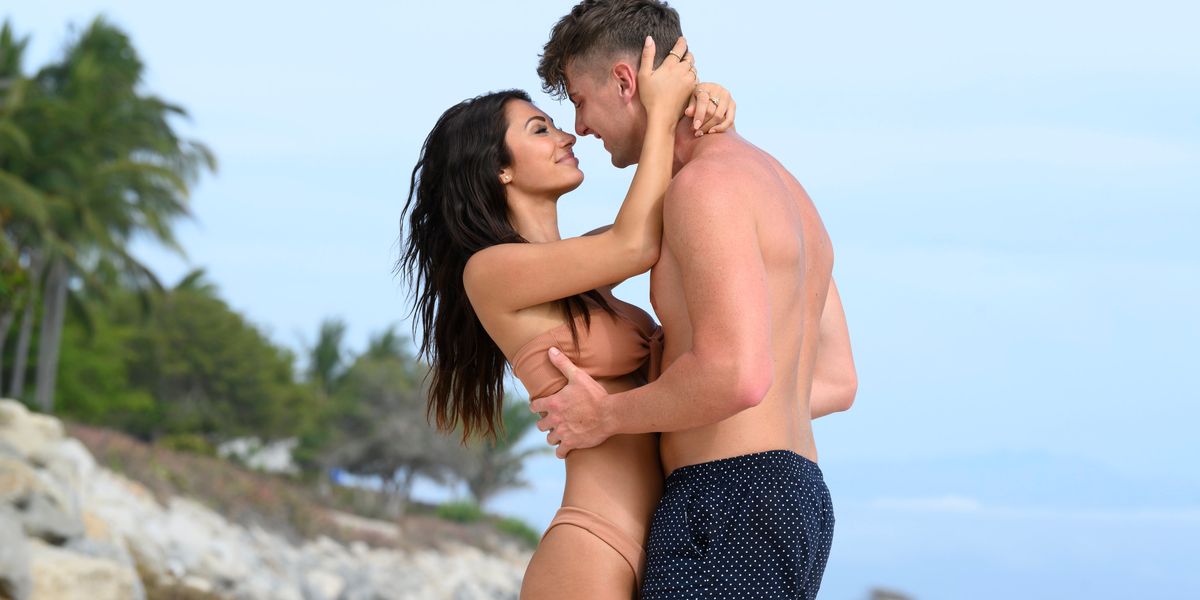 'Too Hot to Handle' Gives Meaning to Our Isolation

What are we to make of the sudden onslaught of reality television shows centered on the premise that today's young people struggle to find love because they are too vain, too shallow and too ready to jump into bed with someone before getting to know them on an emotional level? First came Netflix's Love is Blind, a "social experiment" which saw a group of 20 and 30-somethings blind date and "fall in love" through pods which allowed them to hear but not see one another, suggesting emotional connection should precede physical attraction. Earlier this month Netflix piggybacked on its own success to gift us Too Hot to Handle, which sits somewhere between a Contiki tour and a rehab for sex addicts.

Somehow managing to be both very horny and very boring, Too Hot To Handle is eerily relevant viewing for our current moment of collective isolation. Like the THTH crew, we must privilege the good of the group above our own instant gratification, self-surveil, police one another's behavior and resist the urge to make "just one little" breach of the rules. If everyone thought that way, society would crumble — or, in THTH land, the group would be left penniless for someone's seven minutes in heaven. As we're all more reliant than ever on our devices for directives from a higher power (politicians, scientists), the THTH group receives the news of their enforced celibacy via "Lana," an omnipresent Siri-like device that bears a striking resemblance to an essential oil air freshener. Lana surveils the contestants at all times in traditional Big Brother fashion, taking note of how their bad behaviors inhibit them from making deep emotional connections and feeding them back the hard truths they apparently need to find lasting love. The group must trust the algorithm above their own base instincts to lead them to fulfilling romance.

Yes, Netflix managed to produce a show about celibacy right before many of us entered an extended period of involuntary celibacy (without the political associations) of our own. Echoing the show's precedent that abstaining from physical gratification might lead to deeper emotional connections, a friend who has been dating through the pandemic via Zoom recently pointed out to me that hey, at least now you know potential suitors aren't just talking to you for sex. Not for the next three weeks, anyway.

Of course, this is reality TV, so there are some key differences between the island aesthetic and your average pandemic lewks. As a collective, the THTH girls give good underboob and dress like they're in an early '00s music video in a montage of bandage dresses, bikinis and stilettos. The men are classic "boss hunter" types: Sharron is most proud of is his penis (allegedly the size of a cleaning spray bottle), Bryce lives on a boat that he uses to "get every girl in LA," and Matthew is a self-proclaimed deep thinker who… thinks about stuff a lot. You get the vibe.

Francesca, who at the beginning of the show already has over 300,000 Instagram followers and counting and sometimes refers to herself in third person — "Francesca never has to work for anything. Guys come to her!" *snaps bikini strap* — quickly emerges as the "hot one" in a sea of hot ones. A Kardashian prototype chaos merchant, she soon has Harry, the happy go lucky Australian, Kelz, the neurotic Englishman, and Hayley, the moody sorority girl, at her mercy. Cast as master manipulator for breaking the rules with gay abandon one too many times, will she prove too wretched to be saved, even by omniscient Lana?

To break up the dry humping and poolside posturing, the producers introduce a series of personal growth sessions with outside guru types, designed to turn the boys into "heart warriors" and the ladies into empowered women who might finally learn to respect themselves (their words, not mine!). There's a shibari workshop to build trust by tying each other up, a mime situation where the contestants learn to communicate better by jumping into each other's arms while wearing bathing suits, a male-only session that involves a lot of homoerotic mud rubbing, and a "yoni puja" where the girls examine their vaginas with little mirrors then draw visual representation of them (cats, butterflies, etc). Worth watching the show for this scene, tbh. While David's post "heart warrior" workshop proclamation of "bros for life!" suggests minimal progress, that night he is filmed wildly gesticulating in his sleep while muttering "where did you find personal growth?" Then there's Chloe, who leaves the yoni puja with the resolve to confront her love interest for publicly humiliating her. The exchange ends with her screaming "WOMEN EMPOWERMENT!" That's growth all right.

As far as compelling reality television goes, Too Hot To Handle is patchy. Right up until the final episodes, the audience knows so little of the characters' lives outside of the show that when the contestants do start to reveal their traumas, challenges and insecurities — single motherhood, broken homes, and Nicole having been called "skinny" once — it's a little late to start caring about them. Inter-accent couples and the introduction of new contestants just as things are getting boring prove an ineffective salve for the fuzziness of the show's main contract. Young people must learn to love themselves by abstaining from sex? The collective good must be privileged above personal needs? Love is more important than money, or the other way around? At the same time, if you're single, horny and looking to impose a narrative about spiritual growth onto your own forced celibacy, this is the show for you! Watch at your own peril.

Hosts Justin Moran and Peyton Dix chat with Too Hot to Handle breakout star Francesca on the latest episode of Internetty, below.