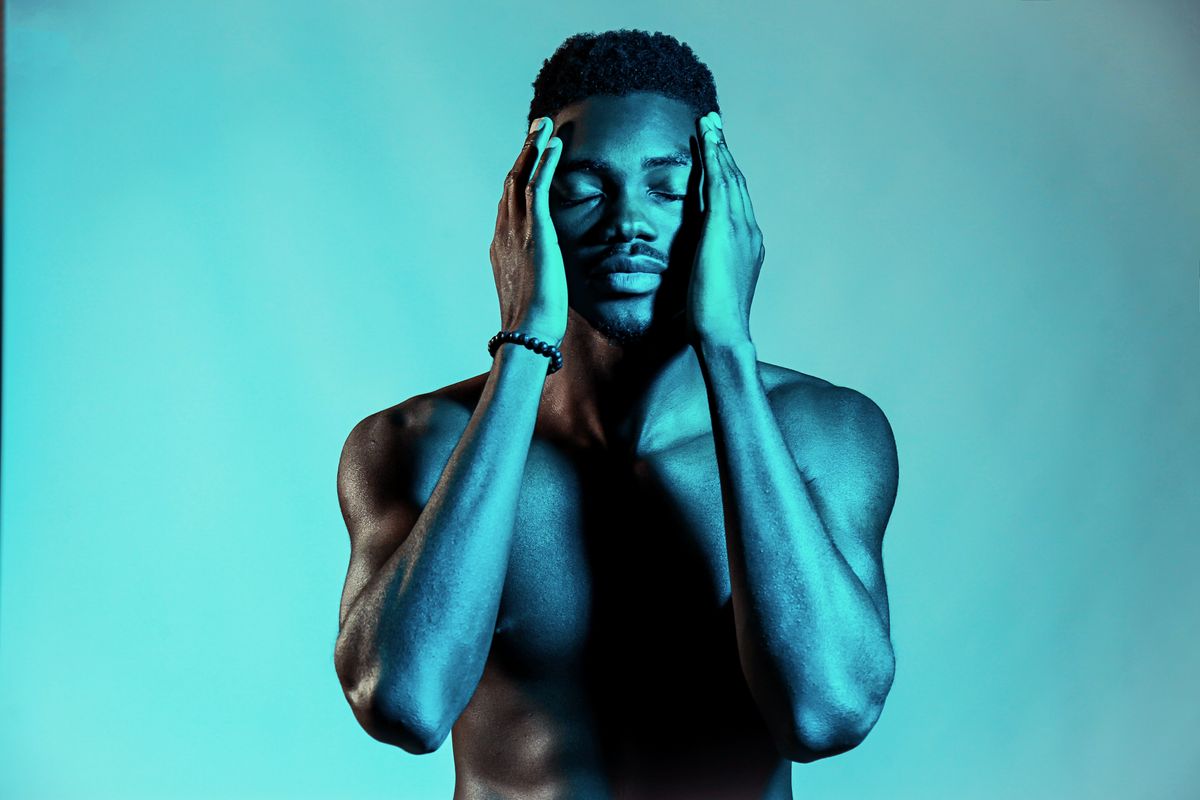 It's safe to say that most artists are a product of the art they take in, but few channel those myriad inspirations as clearly as up-and-coming Nigerian-Canadian singer and rapper TOBi.

He cites socially-conscious Black American musicians who either reference soul music or embody it, as ongoing influences, ranging from Bone Thugs N Harmony and Kendrick Lamar to Marvin Gaye and Nina Simone. In TOBi's vast musical universe, such rich source material seeps through to his work. So far, it's made enough impact to land in zeitgeist-shifting TV shows like Issa Rae's Insecure. (Check out "Hidden Fences," a powerful song about gentrification and socioeconomic issues affecting Black and Brown communities.)

TOBi now drops a new video for "City Blues," which touches on themes of homelessness, inner-city issues, feminism, and what it has meant for him to be making music, as an immigrant to Canada from Nigeria. The clip prominently shows street scenes interspersed with narrative shots of the 25-year-old musician, who is every bit as charismatic a presence on-screen as he is on wax.

Learn more about TOBi below, and watch the PAPER premiere of "City Blues," below.

How or what inspired your confidence as a musician?

I'm inspired by the events and art that moves me viscerally. Injustice, inequality, social phenomena, things that people are either afraid to talk about or aren't aware of. An internal drive to affect change fueled by an idealistic world view that most of my favorite artists have. I became more confident in my abilities as a musician when I created a song about gentrification and socioeconomic issues in the big city called "Hidden Fences," and it actually got placed on an HBO series. I've always wanted to make music that made people move physically and emotionally.

What was it like making this video for you? How did you arrive at its overall concept?

The original video was to incorporate a narrative involving a homeless person, but we wanted to take it back to using archival footage and putting in shots of my family for various reasons. As much as the song is about society at large, it's a really personal song addressing my issues growing up as well and my change in perspective. I've been writing and making music for so long, that it almost feels like another lifetime and this video serves as an important marker in the direction of where I'm headed musically. The family piece is very important to me because as a unit, we have endured and accomplished so much since we emigrated to Canada. We've been each other's support through this whole process and even through the hardships, we made it out on top. We have a story that is very similar to a lot of families who come into a new country and have to start all over. the process is one that can be frustrating and trying, but we held each other down through it all.

"Marvin Gaye says we're working so hard to put man on the moon, yet we still have people starving in our backyards."

Tell me how Marvin Gaye's influence on you birthed this particular track. What do you think is still missing from the Black community that Marvin sang about back then (he often touched on inner-city themes of poverty, "Black-on-Black" crime, and division)? What do you think has changed or improved?

I loved Marvin Gaye's approach to songwriting because it was informative but never patronizing. He was poetic, but never demanding and although his delivery was subtle and soft spoken with the use of falsetto singing, his use of imagery was very vivid. The lines "Rockets, moon shots / Spend it on the have-nots" [from "Make Me Wanna Holler"] — these are two lines from Marvin Gaye that intrigued me. Themes that are still present today. Marvin Gaye says we're working so hard to put man on the moon, yet we still have people starving in our backyards. Then, there are the lines [from the same song], "Crime is increasing / Trigger-happy policing." The trigger-happy policing is still an apparent thing today, so not much has changed since 1971 when this song was made. It's eerie how far we seem to have come in terms of technology, media, but socially we are still living through similar processes. I think overall awareness has improved among the general population, as well as the rate of allies. I think people realize that addressing core matters is integral to our growth as a society.