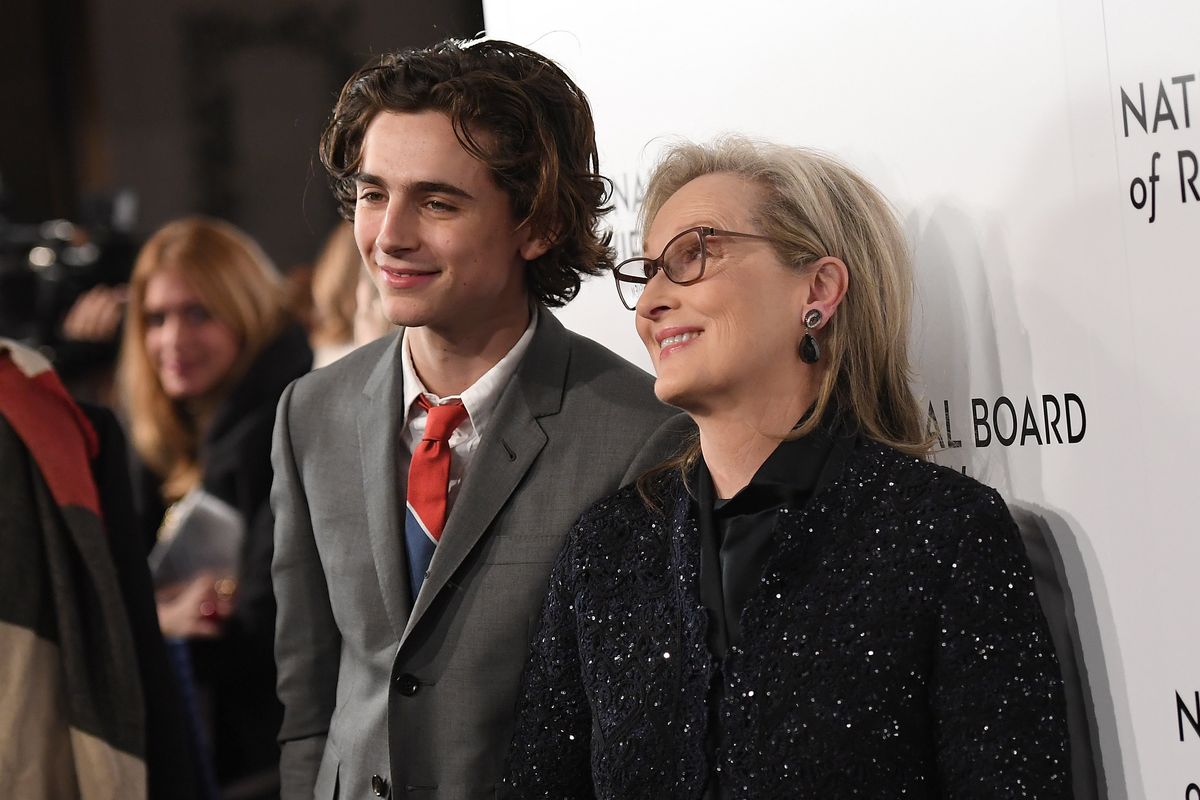 Are you ready because Timotheé Chalamet season is not over yet. Not only is your forever favorite uniting with Meryl Streep on screen, but they're teaming up to retell one of the most pivotal female-centered tales of all time. That's right, the duo will appear in Little Women.

But that's not all. Greta Gerwig has been tapped to lead the star-studded production, and as such has recruited her close-collaborator and Lady Bird wunderkind, Saoirse Ronan. Emma Stone will be present, also. Try and resume regular breathing.

This is not the first time the 19th century novel by Louisa May Alcott has been adapted for film. The last version (released in 1994) included Christian Bale as Theodore "Laurie" Lawrence, a role that will likely be assumed by Chalamet — especially considering the floppiness of the character's hair.

This is the latest win for Chalamet, whose film with Steve Carrell in which he portrays a young meth addict is being released this year alongside the much-anticipated Hot Summer Nights. He is also slated to star opposite Robert Pattinson in an interpretation of Shakespeare's King Henry V for Netflix.

Needless to say, Chalamet-saturation should our collective mood this summer.