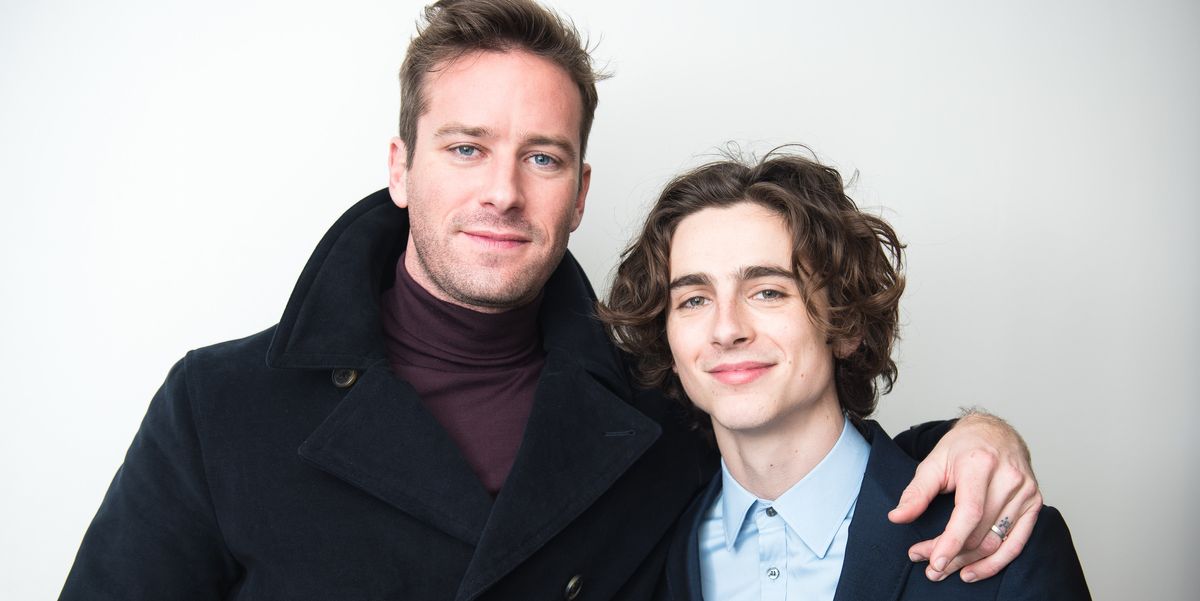 Call Me by Your Name has already reached cult status, and its stars, Timothée Chalamet and Armie Hammer, have been elevated to new heights off the film's success. They've shown they've stayed grounded to where everything began though, by returning to the town in Italy where the movie was shot for an impromptu dance party with local fans.

Along with director Luca Guadagnino, Chalamet and Hammer hosted a screening of CMBYN in Crema, Italy (where the movie was filmed). Apparently, no one had shown up for the screening, but Hammer let local fans know on Twitter that the pair would also be holding a post-show gathering at midnight in the town square, and that's when things got turned up.

We came all the way to Crema for this screening and no one showed up.....

On a serious note: thank you to all the people who came from so far to enjoy the closing of this Call Me By Your Name circle. pic.twitter.com/XCtEucPOQm
— Armie Hammer (@armiehammer) January 29, 2018

Anyone with speakers and booze get hugs.
— Armie Hammer (@armiehammer) January 29, 2018

Hoards of people showed up to dance the night away with Chalamet and Hammer:

I literally danced with Timothée Chalamet, Armie Hammer and Luca Guadagnino while listening to Love My Way by The Psychedelic Furs. Best night of my life. Thank you @tchalamet @armiehammer #callmebyyourname #timotheechalamet #lucaguadagnino #crema #chiamamicoltuonome
A post shared by Valentina B. (@valewoods) on Jan 29, 2018 at 3:47pm PST

TIMMY AND ARMIE DANCING WITH FANS THIS IS SO CUTE
A post shared by 🚨TIMOTHÉE CHALAMET🚨 (@timotheeupdates) on Jan 29, 2018 at 6:44pm PST

All hope is not lost; dreams do come true.

Just when I thought the Call Me By Your Name experience couldn't get any better, all of you who came tonight to see the film and celebrate this movie with us from all over the world proved me wrong.... thank you from the bottom of my heart.
— Armie Hammer (@armiehammer) January 30, 2018