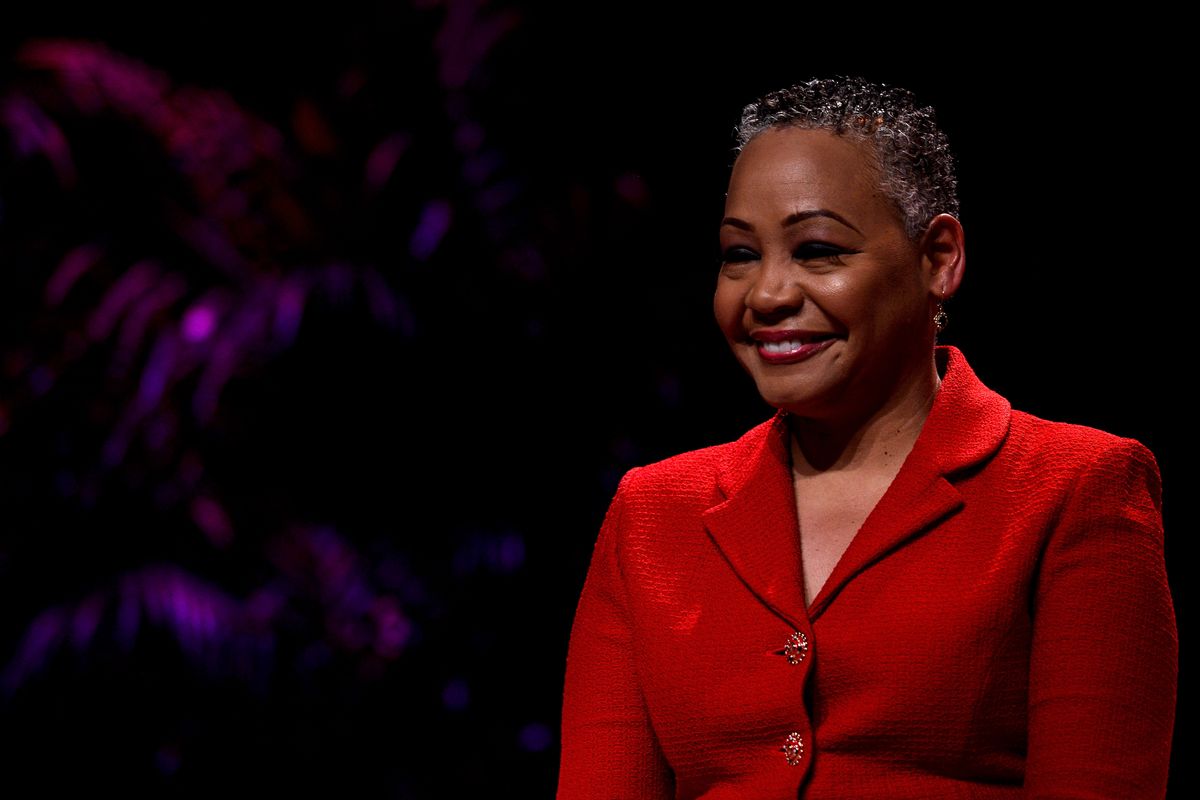 Time's Up Appoints Lisa Borders as Its First President and CEO

Time's Up, the anti-harassment movement founded on January 1 this year as a response to #MeToo, has announced they'll hire Lisa Borders as the first official president and CEO.

Borders discusses her role in a new interview with Vanity Fair, recalling how moved she felt to be an agent of change upon reading last fall's The New York Times' exposé detailing the explosive accusations of sexual assault and misconduct against disgraced film executive Harvey Weinstein. She also mentioned Oprah Winfrey's powerful Golden Globes speech as further inspiration.

"I was being not just invited, but encouraged — implored — to step forward and be part of this transformational change for women," Borders said. To secure her new role, Borders was interviewed by 10 members of Time's Up's president and CEO Search Committee, which included Shonda Rhimes, Jurnee Smollett-Bell, and Kerry Washington. Borders, who was previously president of the WNBA, executive vice-president of global community affairs at Coca-Cola, and mayoral candidate for Atlanta, was recommended by Time's Up founding member Wendy Clark.

Elsewhere in the feature, Borders also refuted the notion that Time's Up is an organization by, for, and about women working in Hollywood. "It's out here for everybody. This is not a club," she says. "I would just offer the invitation to everyone, right here, right now... Come join us on this journey."

Most recently, Time's Up called for action at CBS surrounding the departure of the network corporation's former chairman and CEO Les Moonves after sexual harassment allegations surfaced. Learn more about what you can do support Time's Up's ongoing initiatives, including their Legal Defense Fund, here.