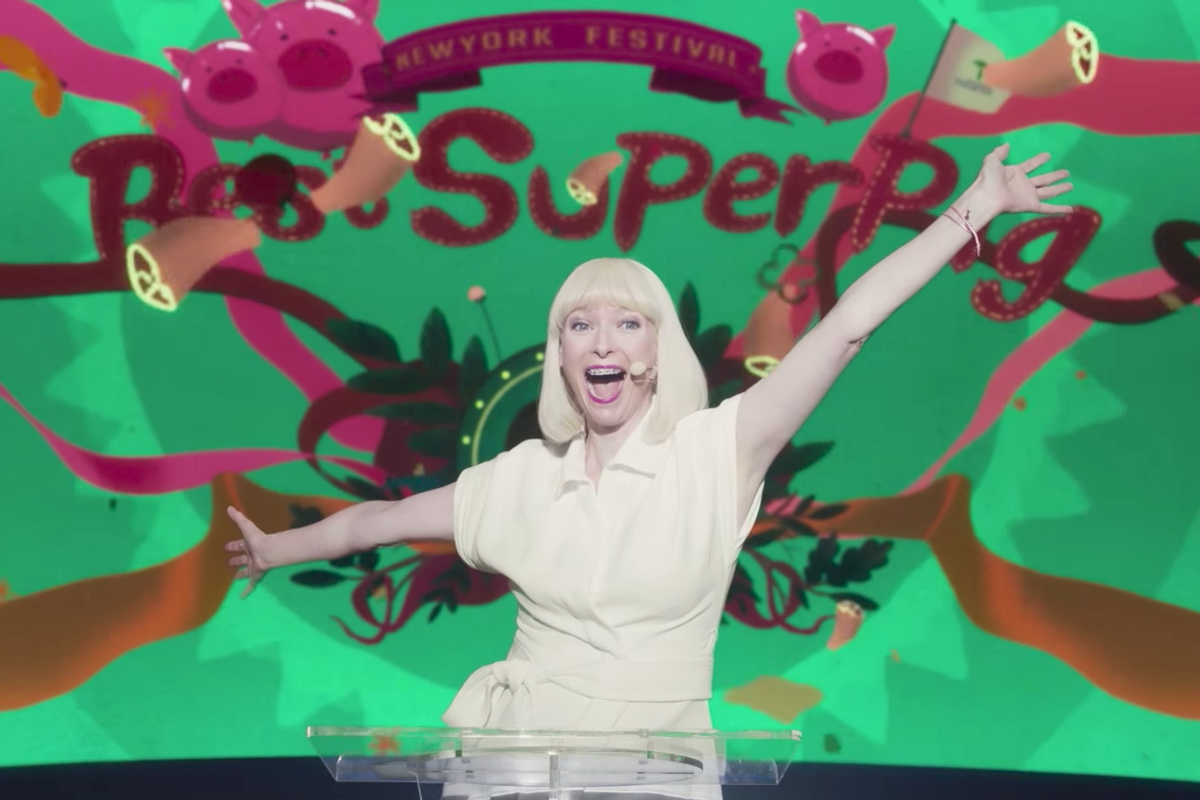 While the audience at Cannes may not have taken too kindly to its debut at their festival, Okja, Netflix's upcoming film about a young girl's pursuit to expose an evil capitalistic corporation, has still managed to impress many of the people who gave it a chance. Of course, it probably doesn't hurt that one of Hollywood's favorite starlets, Tilda Swinton, is spearheading the film.

In a new cover story for The Wrap, Tilda Swinton talked about her role in the movie. Playing Lucy Mirando, "the heir to a rotten great fortune built on the corrupt and morally repugnant initiatives carried out by her father," Swinton is the film's primary antagonist. Unfortunately for her character, Swinton added that "Lucy is not a great actress, has precious little natural charisma and needs to force the shtick to a somewhat painful degree." As is such, "The spotlight is not her natural habitat and the sense of disconnect is palpable."

Is it just me or does some of this sound eerily familiar to another "heir to a rotten great fortune?" Maybe someone in our own White House? On the similarities, Swinton agreed. When asked if Ivanka Trump's recent dealings in politics influenced her role at all, Swinton replied, "When we shot in New York last summer, I stood watching the Republican convention on the television in our lunch break dressed as Lucy, watching a different daughter of a different dubious dynasty addressing, from a high podium, a big crowd with glossy blond hair, expensive orthodontics and modeling her Barbie-perfect modest pink dress (concurrently on sale online)."

But does that mean she actually took notes from the current "assistant to the president"? Well, as Swinton herself put it, "Chicken? Egg?"

Watch a trailer for the film below. Okja will premiere on Netflix on June 28th.