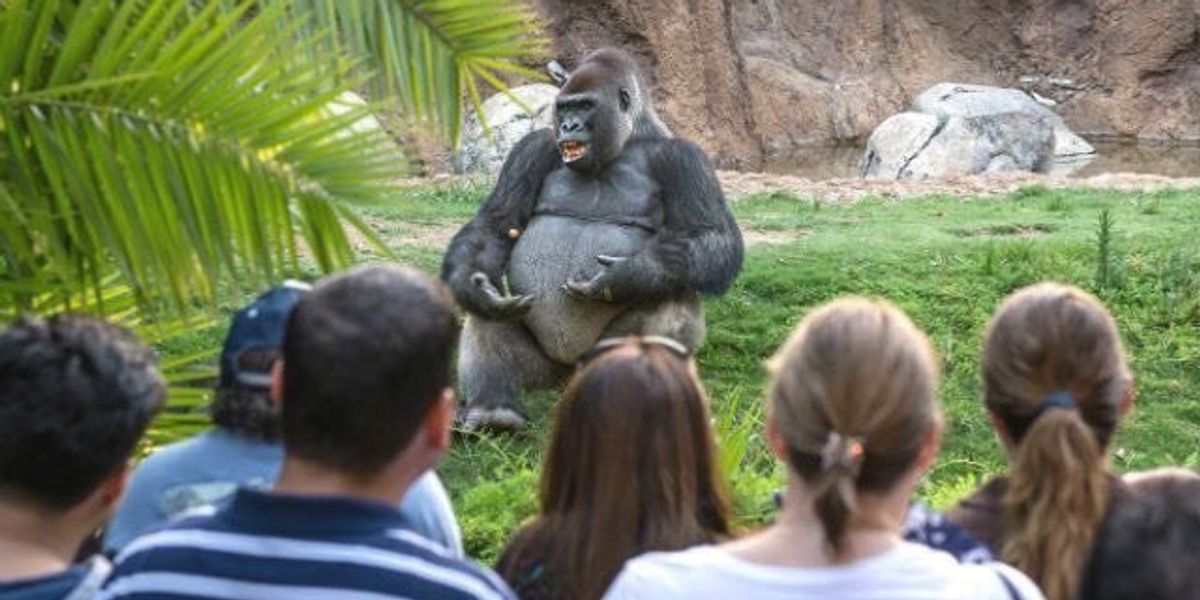 If you've spent the last 395 days trying to fill the Harambe-shaped hole in your heart, you're in luck — there's a new gorilla in town.

The philosophical gorilla, an inhabitant of the Los Angeles Zoo, took Reddit by storm yesterday when a photo emerged of him appearing to give a lecture to an attentive crowd. The user accompanied the pic with the following caption, "This gorilla looks like he decided to have his undergraduate philosophy lecture outside since it's a nice day" and it took off. A proud-as-punch Los Angeles Zoo then shimmied on over and brought philosophical gorilla to the attention of Twitter and here we are.

So take a load off, settle on in and enjoy this array of excellent memes. You deserve it.