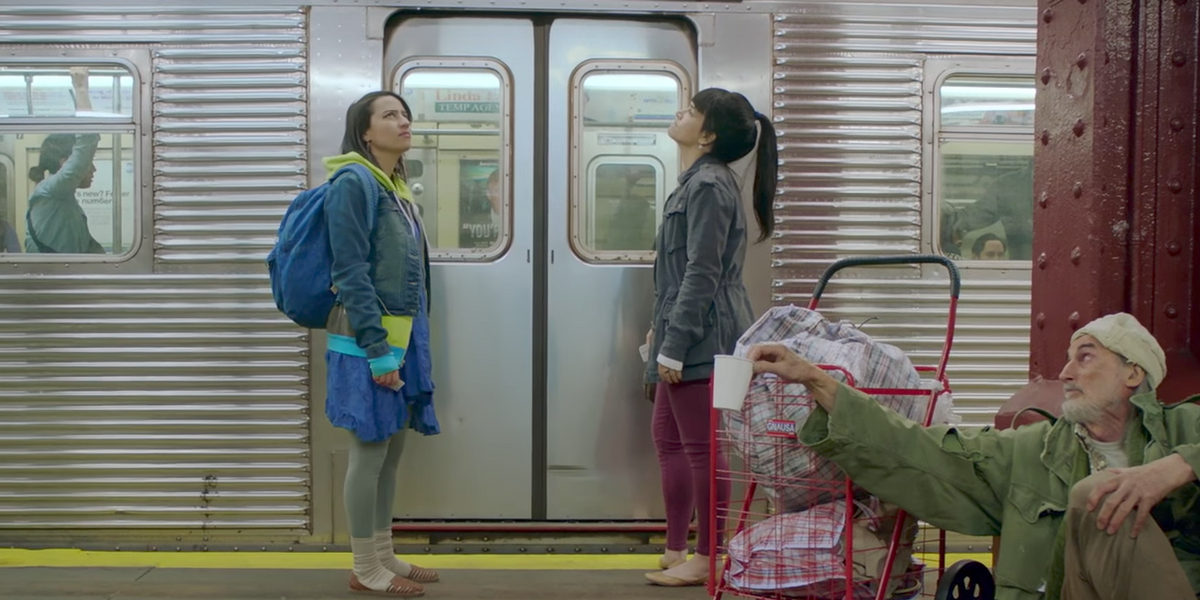 For three seasons, we've learned to accept Broad City's Abbi and Ilana as inseparable friends that would do anything for each other. Even as they've both encountered problems with other people, the bond between the two of them has remained consistent. They're loyal to each other, and that palpable connection has always been central to the show's entertainment value.

But have you ever wondered how they reached this point? How has their friendship developed over the years and have they ever had any huge fights? Maybe you've just wondered where and how they first met. Though it may take some time for the show to answer all those questions, thanks to a new trailer for the show's fourth season, we now at least know how the two New Yorkers found each other in the beginning—naturally, it was in a New York City subway station.

As the story goes, Abbi was trying to swipe into the subway station when she realized she didn't have enough money on her fare card. Ever the generous soul, Ilana, who was swiping in at the other turnstile, notices Abbi's struggles and offers her a swipe, only to find out that, now, she doesn't have enough money to swipe herself in. A teleprompter announces that their train is approaching, Ilana hops the turnstile, and together, the two girls run to the train, but ultimately miss it and find out that the station is closing down indefinitely. The very New York incident concludes with the two girls introducing themselves to each other while they bond over their mutual frustration with the day's back-to-back mishaps. The rest, as they say, is history.

Watch the girl-(platonically)-meets-girl story in the trailer below.

Season four of Broad City will premiere on September 13th.