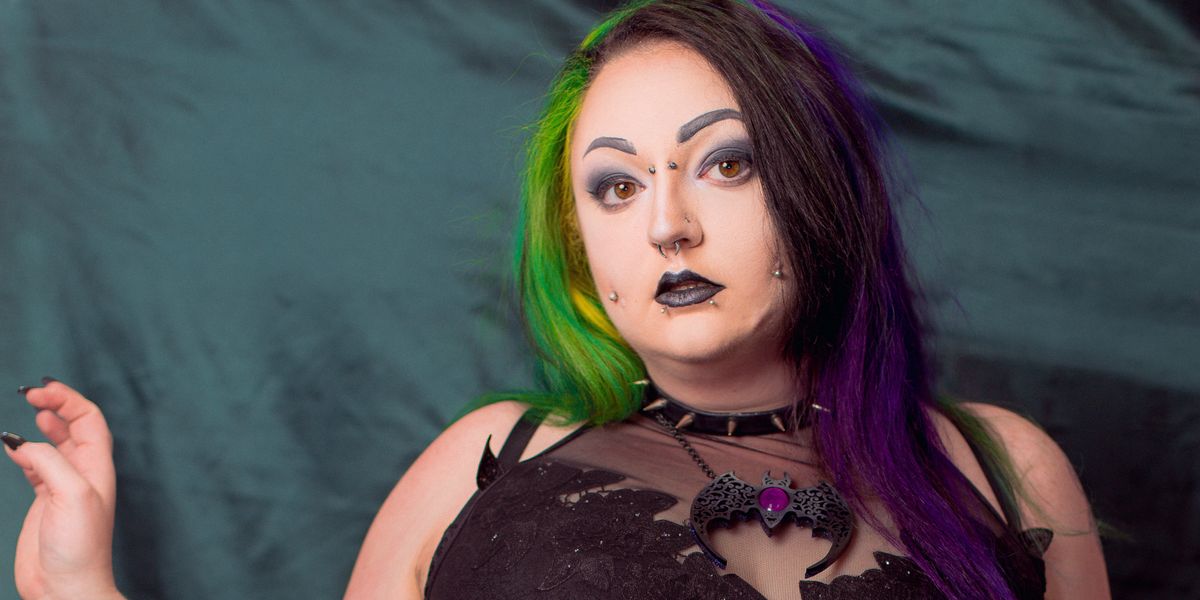 Watching dancers perform at a strip club, 30-year-old writer-comedian Alison Stevenson remembers asking herself, Why can't I be a stripper? She answered her own question within seconds.

The longtime fan and patron of strip clubs explains, "That's not to say that there aren't fat strippers, but I just know that, from my experience, it's not something you see a lot at strip clubs, to see larger women."

So Stevenson decided to make that opportunity for herself, and for anyone else othered by the "sexy" status quo. Putting out a call for interested collaborators, she found Elizabeth Flores, 28, and Linda Douglas, 27, and the body positive strip show, Thicc Strip — coined by Douglas — which debuted last December in Los Angeles, where the organizing team is based.

This weekend, the trio hosts the event's second edition, again in LA., and now "bigger and better," Stevenson says. Presenting a varied show, from style of performance to the diversity of people performing, Thicc Stripp will give "the spotlight and the literal stage to people that are traditionally marginalized, when it comes to fat bodies, disabled bodies, black and brown bodies," Douglas adds.

Part of Thicc Strip's mission is to redirect body positivity back to its genuine intentions of inclusivity, and away from acceptance only for white bodies in hourglass shapes and other ideals that are, just like the tall-and-thin images championed by the beauty industry at large, generally unrealistic. "The body positivity community can be very curated," Flores says. "What we're doing is very in your face. There's no editing when you're dancing onstage. We wanted that to be part of our movement. It isn't just this flat-stomached, curvacious, proportionate model — it's everything."

Raw stripping, with all capitals — that's how Stevenson describes Thicc Strip. "There's twerking, there's pole work, there's jiggles everywhere," she says. "People are going to be throwing money left and right, making it rain all over."

Thicc Strip fortifies community, too: A quarter of the proceeds are directed to the Los Angeles chapter of the Sex Workers Outreach Project. Plus, independent retailers like Kidd Bell, Proud Mary Fashion, and the Plus Bus Boutique are on deck, and Curvy Couture is sponsoring Thicc Stripp by providing a free bra to anyone who wants one.

On top of the positive impacts of seeing marginalized bodies empowered onstage, body positivity praxis at Thicc Strip starts at the door, even before the show begins. Everyone who walks in will be asked to name their favorite curve, be it their "dimples, double chin, their belly," Douglas says, or any part of them that makes them unique, that they want to give focused appreciation.

"A lot of times we go into an event and feel insecure, so we're going to start the actual night off on a positive note, and ask people that simple question about their favorite parts," Douglas says. "They're able to notice, Hey, I didn't feel comfortable about my curves, about my double chin, but this girl next to me is in love with her double chin and is embracing it."

A total of 15 dancers will perform, including Stevenson, who participated in the inaugural edition. The group, ranging in age from early 20s to mid-40s, some with experience and others first-timers, have been training weekly ahead of the show with a dance coach and strip instructor. But preparation goes beyond the physical, Flores explains: "It also focuses on self-love, and they talk about their mental health, and the vulnerability of what they're doing. It's an entire process."

Like Flores, Douglas won't be performing at the event (both are focused on managing the myriad behind-the-scenes details) — but she knows well what it's like to step into pole classes that exclude bodies like her own, purporting that size or height make spins and other tricks impossible. "They weren't doing any modifications," Douglas says. "They said, 'If you can't do it, then you can't do it.'"

Thicc Strip will shut down those misconceptions. "We have a lot more strength than people are going to give us. We're able to push the boundaries of what we're expected to be able to do," Douglas says. "What we're doing with Thicc Strip is we're proving people wrong."

Thicc Strip will be held this Saturday, May 18, at Daf Creative Studios in LA. For more info, see @thiccstripofficial on Instagram.