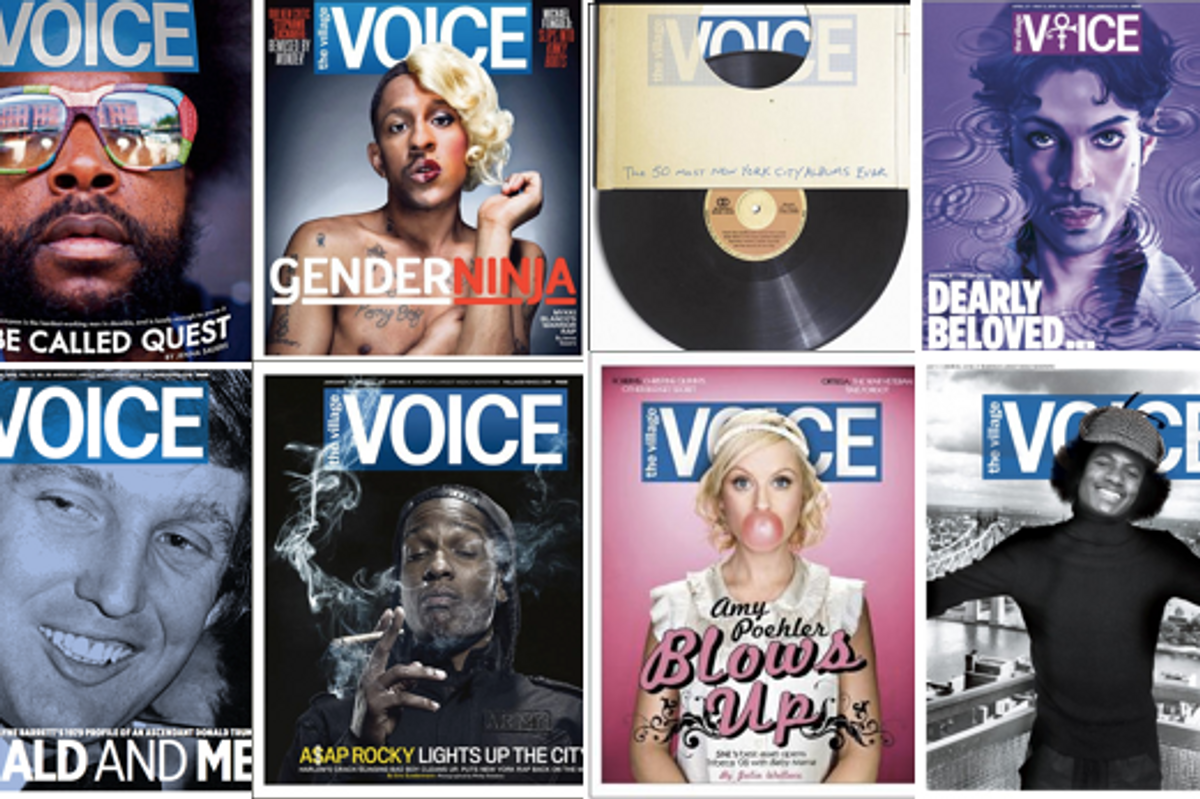 The Village Voice Will No Longer Be in Print

After more than 60 years, the Village Voice is ending its weekly print edition. The Voice, founded in 1955, was one of the nation's first alt weekly papers. It was converted into a free weekly in 1996, and will thankfully live on in digital form for the foreseeable future.


CEO and newspaper lover Peter Barbey, who purchased the then-struggling paper in October 2015, announced that in addition to a continuing digital presence, the Voice will also still sponsor events like the Pride Awards and the Obie Awards.

"[The Voice] has been a beacon for progress and a literal voice for thousands of people whose identities, opinions, and ideas might otherwise have been unheard. I expect it to continue to be that and much, much more," he said. "The business has moved online — and so has the Voice's audience, which expects to do what we do not just once a week, but every day."

The Voice is far from the only alt weekly to close in recent years. City dwellers have also had to say goodbye to the print editions of The Boston Phoenix, The Baltimore City Paper and The Philly City Paper.

The Voice was founded by Norman Mailer, Ed Fancher, Dan Wolf, and John Wilcock, and is known for its definitive coverage of New York counterculture and entertainment. The paper launched the careers of several progressive American writers, including PAPER'S own weekly columnist Michael Musto, who joined the Voice as a highly influential columnist in 1984, covering the LGBTQ scene, New York nightlife, and criticizing homophobia, especially in regards to the AIDS crisis.

Musto had this to say about the shuttering of the Voice's print edition:

"Print is obviously in a challenged state these days. There's a lot of competition, and some of the things that brought in revenue for papers like the Voice--like real estate ads--no longer fill the coffers. But the Voice has long been web savvy, and focusing on their site should keep it vital. I'm in the current issue thanks to Calendar editor Danny King, so I'm happy to still have a presence there."

Pour one out for the printed weekly.