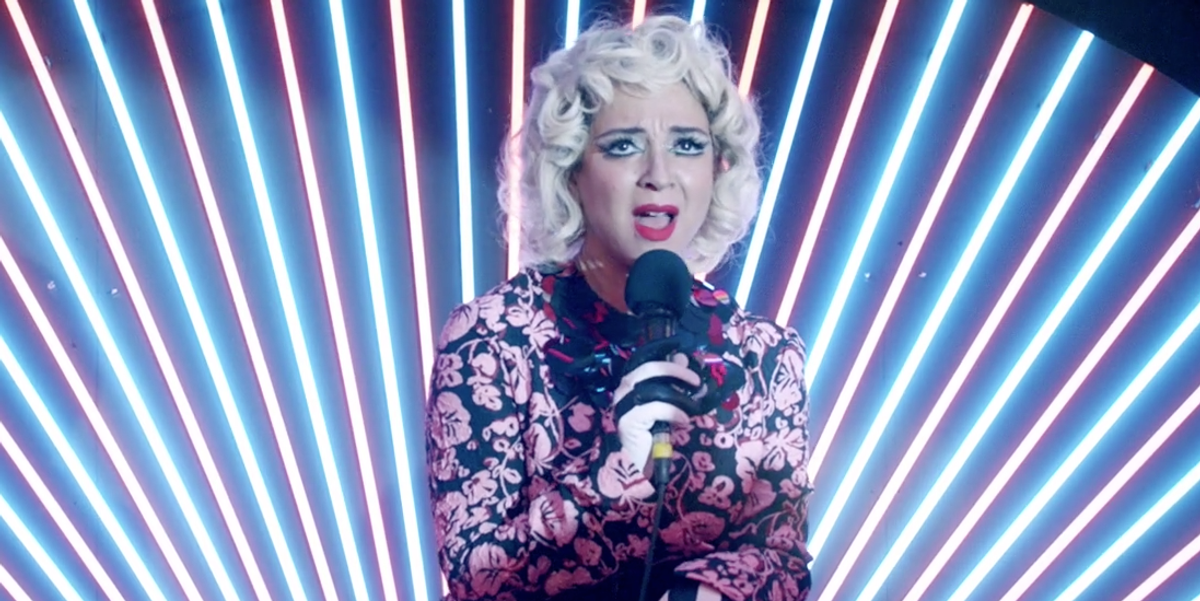 Kenzo knows their way around a fashion film just as much as they know their way around a collaboration. For past visuals, they've tapped everyone from Spike Jonze to Portlandia's Carrie Brownstein, from Tangerine director Sean Baker to Tracee Ellis Ross and Jesse Williams. For their most recent outing, Carol Lim and Humberto Leon tapped Orange Is the New Black's Natasha Lyonne to direct and tapped a whole crew of recognizable names to star.

After first announcing the collaboration all the way back in June, the trailer for the film is finally here and it's getting me excited. Not much in the way of plot can be determined from the less-than-one-minute clip, but you can expect a lot of Maya Rudolph singing, clowns (the happy "sad" ones, not the ones from It), dancing with umbrellas, and Fred Armisen talking in a faux Italian accent.

Starring Maya Rudolph "in the lead role as Chastity," Fred Armisen, Leslie Odom Jr., Greta Lee, Macaulay Culkin, Waris Ahluwalia, James Ransone, Matt Lucas, and Natasha Lyonne herself, Cabria, Charity, Chastity is a fashion film about "the illusion of significance in a surreal, unjust and often unintelligible world, yet finding meaning within it and retaining a form of hope in despite of it." Pretty relevant for a post-Trump America, right? Also, it's being told "through [Natasha] Lyonne's surrealist eye."

All that is to say, it looks fantastic. The film will be released in full on September 15th.

Head over to Kenzo's website for more details now.