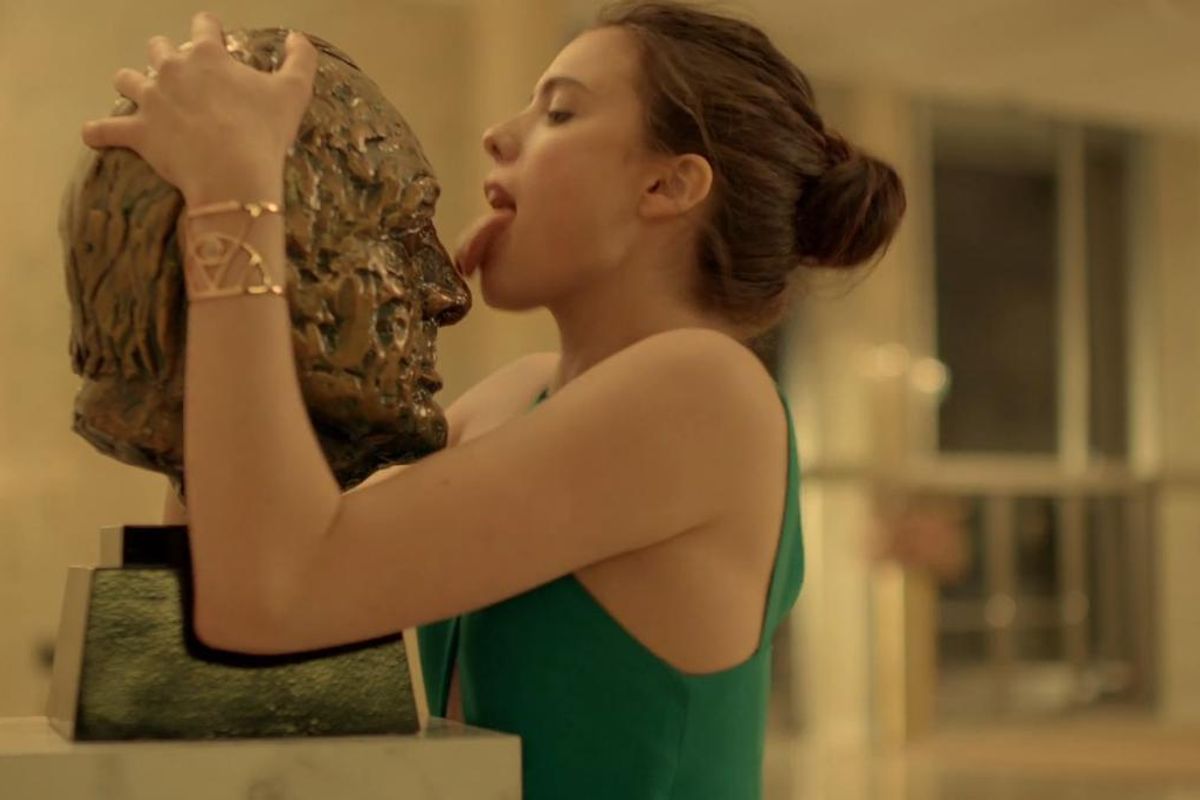 Director Spike Jonze collaborated with actress Margaret Qualley for a new short film for Kenzo. And it's insane.

The short video follows Qualley as she dances her way through an empty hotel lobby in a bright green evening gown. Choreographed by Ryan Heffington (who's responsible for the famous moves in Sia's 'Chandelier' video), Qualley twirls, flips and rages through the hotel in an increasingly wild and manic performance.

The films celebrates the launch of Kenzo World, the brand's new fragrance.