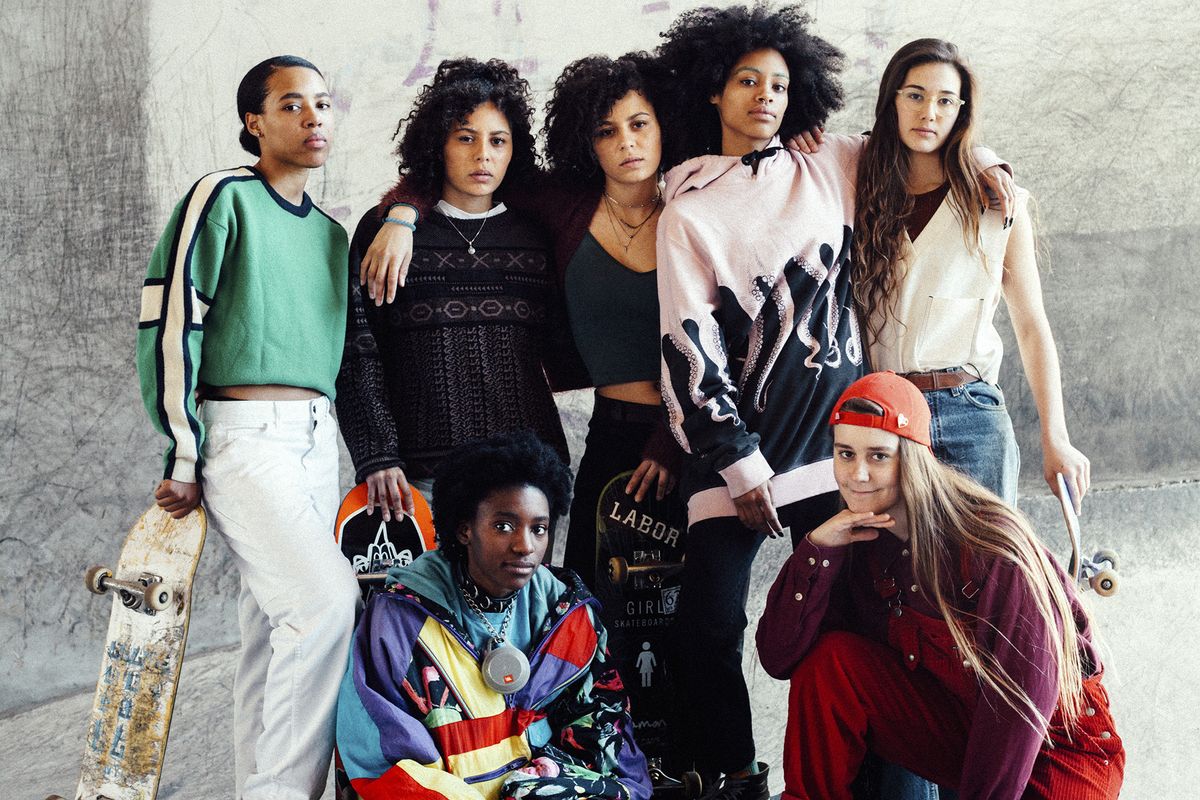 Queens of the Ramp

After meeting at school, through friends or during sessions at the skate park, the NYC-based all-female skate crew The Skate Kitchen formally coalesced during a video shoot for filmmaker Crystal Moselle's short, That One Day, which she directed as part of Miu Miu's Women's Tales series. Since then, the group has found fans ranging from fashion mags to Pharrell but its members remain as focused as ever on the supportive community they've created (and mastering kickflips).

We spent a day with the crew to hear more about the origins of the Skate Kitchen and the reactions their crew gets from the guys at the park.