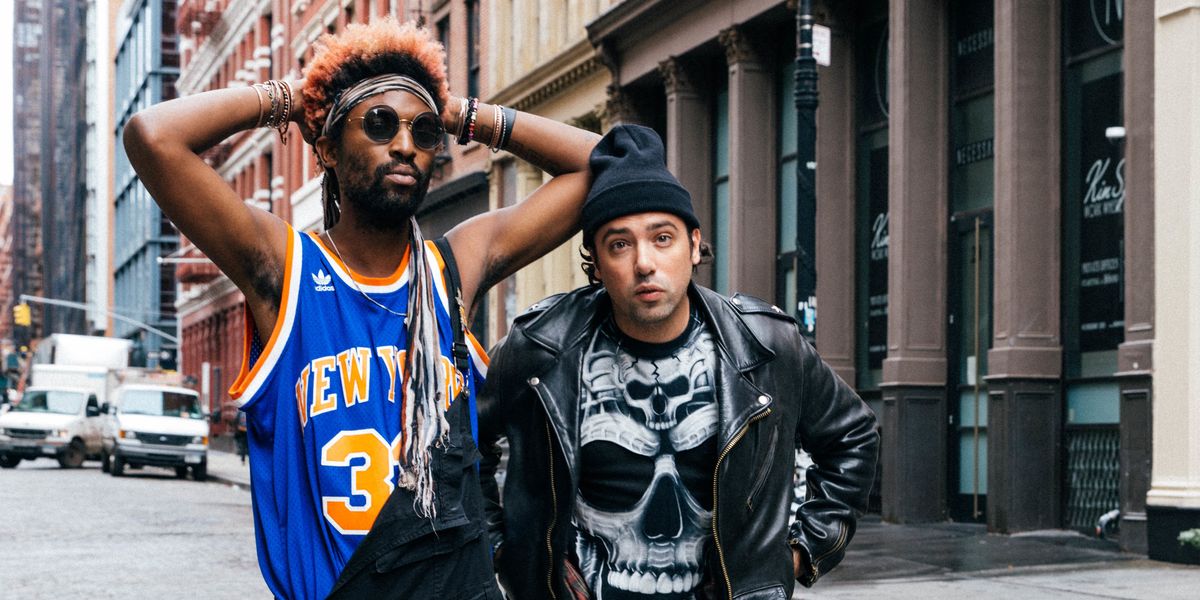 The Knocks are Ben "B-Roc" Ruttner and James "JPatt" Patterson: a pair of production prodigies who met as teens at the New School, went viral with a remix of Jay-Z's "American Gangster" and quickly became a sought-after team in alt-pop production. That was over 10 years ago. Since their come-up they've toured with Justin Bieber and Ellie Goulding, and worked with everyone from Katy Perry, Britney Spears and Marina, to Wyclef Jean, M83, Chairlift and MNEK. Their addictive, funked out electro-pop, infused with dance beats, hip-hop and disco, pushes the bounds of the festival-ready sphere they've become associated with, alongside folks like Foster The People, Sofi Tukker, Misterwives and St. Lucia.

PAPER chatted with The Knocks about the touring life, and gathered up Ruttner's photos to give fans a chance to see the road and the stage through their eyes.

How would you characterize this tour in a sentence?

What kind of environment do you try to create at your shows?

An all accepting energetic positive dance party that makes you feel like you are just out with your best friends from every era of your life and they are all getting along.

What was your favorite city you visited? Least favorite?

That's tough. We had a blast in Dallas just because we got into some weird stuff after the show which is always fun... least favorite was also probably Dallas because we were really hurting the next morning.

A girl came on the tour bus and insisted that she try on Blu (our bassist)'s one piece sparkling leopard print jump suit (which was very sweaty and sticky as she had just worn it on stage... so she ran into the back of the bus took all her clothes off and put it on for like four minutes, then left...

We had one of our biggest fans show up to a show with a complete replica of our custom Knocks denim jackets... all the patches, chains and everything were identical. We were blown away! She also showed up to another show with three boxes of donuts for us and the crew! What a legend. Shout out to Kyi!

What's the best and worst thing about being on the road?

The best thing is every day you get to be surrounded by your favorite people doing what you love to do. The worst part is that it has to come to an end eventually....

Kate & Blu play in our band and they like to dress up as us sometimes...