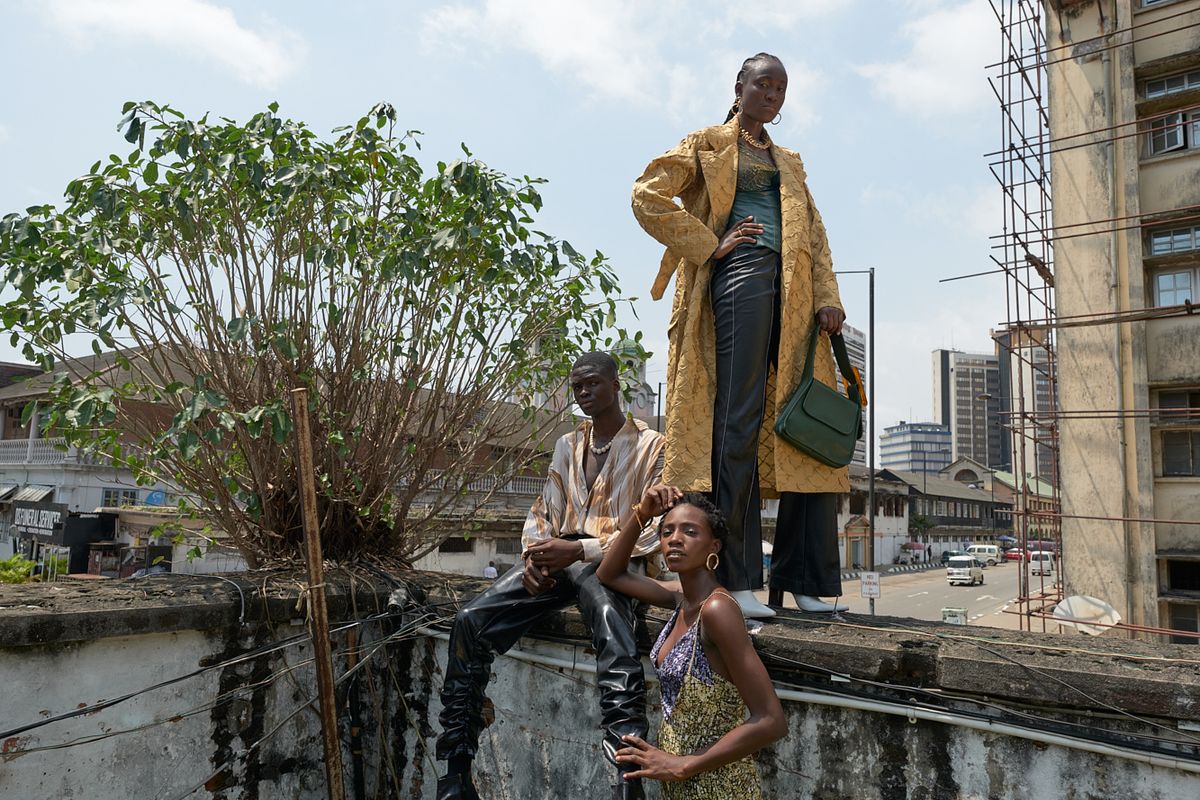 Amira Rasool — the founder and CEO of The Folklore, a concept e-retailer that stocks over 30 Black-owned and Africa-based designer brands — has certainly experienced the highs and lows of this tumultuous year as a business owner.

The writer-turned-entrepreneur has felt the financial repercussions of the pandemic, just as the majority of retailers have with dropping sales numbers, but she has also seen record-breaking growth — specifically on Blackout Tuesday, which amassed profits higher than her brand has ever seen before. She even managed to get herself involved in a very public controversy after Taylor Swift released Folklore merch, featuring iconography that appeared a little too similar to Rasool's. (In response, Swift apologized and changed the logo, so all was eventually amended.)

In tandem with the partnership's announcement, Rasool selected stand-out looks from each designer to feature in one all-encompassing editorial — shot by Nigerian photographer Stephen Tayo in Lagos, Nigeria. The imagery, and the corresponding short fashion film, were produced to showcase the natural beauty of Lagos, one of Africa's most esteemed fashion hubs, and to honor the several Nigerian brands that dominate the first release.

As for the designs themselves, each brand's signature aesthetic becomes instantly identifiable with one scroll through the catalog. Between Andrea Iyamah's Savana evening dress and Onalaja's abstract-printed sheer top, the women's silhouettes beam forward-minded opulence. On the men's side, Orange Culture's metallic Tola top and Tokyo James' leather-look long-sleeve shirt speak to the trend-setting nature of Nigerian designers.