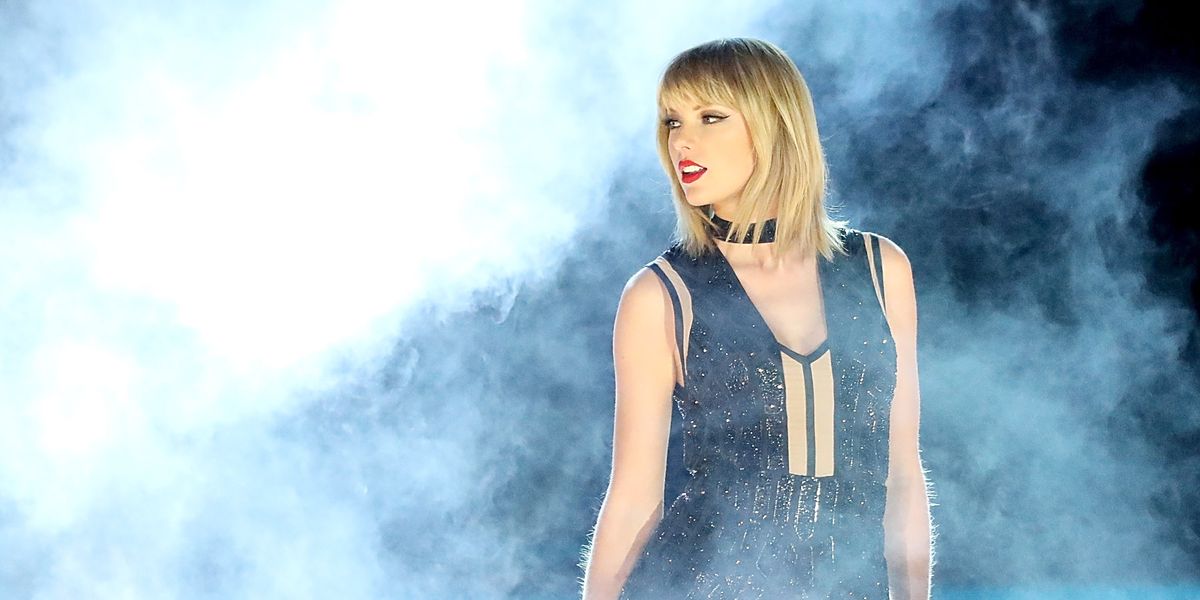 The countdown to November 10, the date Taylor Swift officially returns with her new album Reputation, has begun. Swift was in hiding for the better part of a year after a public feud with Kim Kardashian and Kanye West, during which time she broke up with Tom Hiddleston and reportedly moved on to another British actor — Joe Alwyn.

Enter "Gorgeous," the song about contending with a boyfriend and a new crush at the same time. Swift describes an impossibly "cool" young man with ocean blue eyes, while simultaneously crooning that she has a man much older than her posted up in the club while she's at a party with the guy she really wants (for the record: Swift is 27 and Alwyn 26, whereas Hiddleston is 36). Swifties took to Tumblr after Taylor hosted private listening sessions in London to clarify the song is indeed about Alwyn.

It's more of a traditional 1989 Swift than the snakier, "Look What You Made Me Do," so if you're a fan of the OG Taylor this may be your vibe. The lyric video was published last night and is already at two million views — the Taylor impact. Listen below.