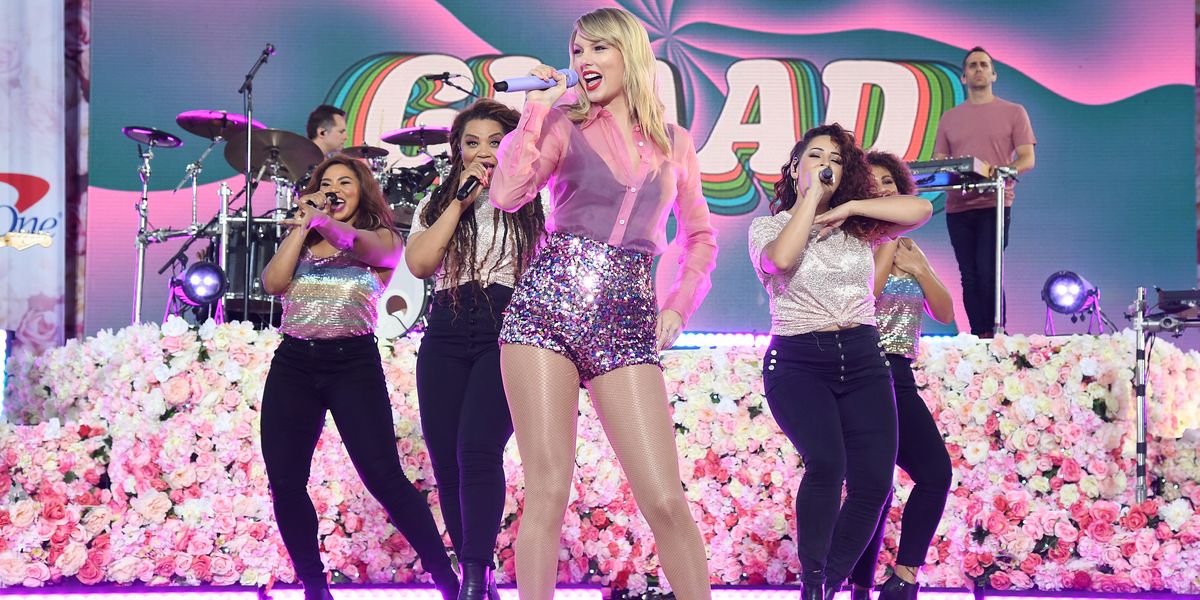 Yesterday we learned that Taylor Swift plans to one up her old label Big Machine (and its new owner Scooter Braun) by re-recording her entire back catalog — six albums' worth of music in total — and therefore owning the rights to new versions of all her old music. It's a highly unusual move, but has been pulled off in the past by the likes of Prince. In a live interview with Good Morning America host Robin Roberts this morning in Central Park, Swift explained her ambitious plan in more detail.

Speaking to Roberts, Swift said that her upcoming album Lover, her first with new label Universal Music, is "special to me" because it's the first record she'll own the master recordings of by default. As is fairly standard, her Big Machine contract (signed when she was still in her teens) didn't give her masters rights, and Swift says she was never given the opportunity to buy them — hence her anger when it was announced Scooter Braun had purchased Big Machine, and by extension the Taylor Swift catalog, in June.

Page Six reported yesterday that Swift's Big Machine contract explicitly precludes her from re-recording her previous hits, but Swift told Roberts that there's a deadline on that. "My contract says that starting November 2020, I can record albums one through five all over again…I'm very excited about it because I think that artists deserve to own their work. I just feel very passionately about that. It's next year, it's right around the corner," she explained.

Re-recording six albums sounds stressful and expensive, especially when we're considering songs written and recorded more than a decade ago, although when someone has been touring as relentlessly as Swift has they've presumably got the vocals and lyrics on lock. Despite what Swift says about the contract clause expiring in 2020, a bigger issue might be legality — it's hard to believe Big Machine won't fight to retain singular ownership over Swift's enviable back catalog.

Swifties camped out overnight for Swift's GMA interview (her dad turned up to hand out pizzas at one point), which was accompanied by a performance of three songs. Lover drops tomorrow, and the video for its romantic title single arrives tonight. Swift also let slip to Roberts that her musical performance will open the MTV VMAs on Monday.