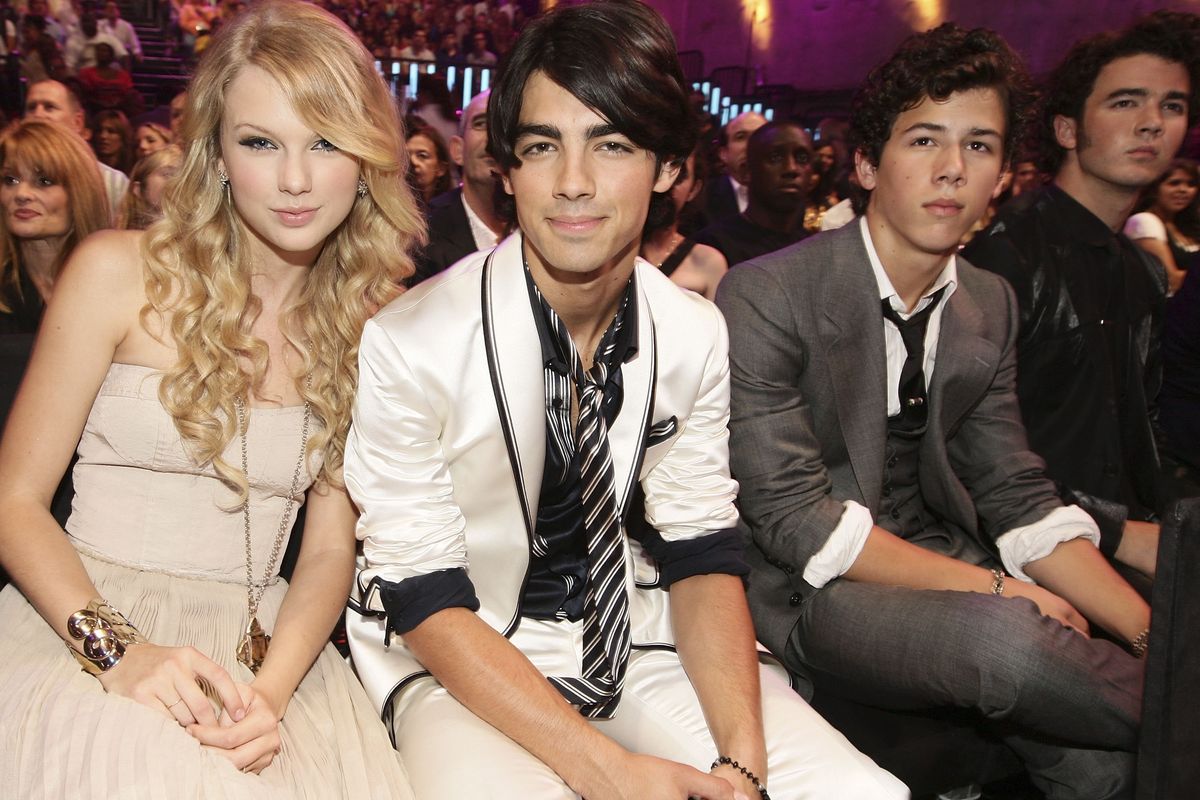 Of all Taylor Swift's high profile, short lived, maybe-just-for-publicity romances, her 2008-2009 dalliance with Joe Jonas is my favorite. It's somehow even more iconic than that whole Harry Styles thing. These are the facts, as they were presented to the public at the time: Jonas broke Swift's heart over the course of a 25-second phone call, then she went on Ellen and told the whole world about it. Sad songs were also written.

That was ten years ago, but the two have only recently heeled their rift. Swift went back on Ellen last week and repented, saying that calling Joe out on TV was the "most rebellious" thing she did as a teenager. "That was too much, that was too much," she told the host. "I was 18, yeah. We laugh about it now, but that was mouthy, yeah, some teenage stuff there."

Now Joe has confirmed that they're back on good terms, during an interview on Lorraine. "It did feel nice," he said of Swift's admission. "It's something that I was probably feeling pretty bad about when I was younger, but, at the end of the day, I've moved on. I'm sure Taylor's moved on. It feels nice. We're all friends. It's all good. We were so young."

It's sweet. Very "Cool" by Gwen Stefani. As if you didn't know, Joe is now married to Sophie Turner, and Swift has been unpublicly dating British actor Joe Alwyn since 2017. I wonder how Calvin Harris is doing these days? When will he get his Ellen apology? Anyway.