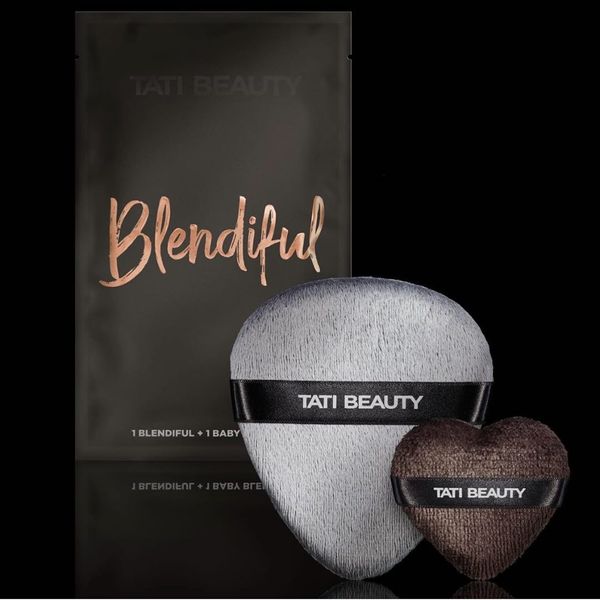 Why Is Tati Westbrook's New Product Being Called Out?

Tati Westbrook's latest beauty launch is... not going so well. The YouTuber who recently dropped a set of makeup puffs called Blendiful, has upset customers who claim the tools are literally falling apart.

The makeup tool that promised to be a step up from a traditional makeup brush or blender, offering a seamless application experience, is instead receiving criticism for ripping apart after one wash. Although the launch was mostly met with positive feedback, the backlash started after a number of Twitter users began sharing images of their damaged products.

The tweets have attracted a lot of attention with users petitioning for Westbrook to look into it especially since Westbrook initially claimed the puffs are reusable and machine washable. While many are stating that they're tearing apart even post-hand wash.

"So @tatibeauty I love my blendiful but while simply washing it and not even that rough it literally ripped at the seem, what can I do?" one user wrote. " I have barely used it long and I don't think that is right, I was not being rough with it at all."

@GlamLifeGuru #blendiful #blendifulripped I know some people had issues with theirs tearing after the first wash. I… https://t.co/oW6k7cjjAu
— Jamie Weaver (@Jamie Weaver)1580063748.0

Then there were those who paid for international shipping and were understandably upset. "@TatiBEAUTY when I saw your new product coming out I was so excited, so I got the Blendiful for $28.90, " one user tweeted. "I live in France so I'd to pay the international shipping. Tried it twice, liked it. I'm washing it for the 2nd time & it's ripped already"

While the claims haven't been addressed by Westbrook or Tati Beauty yet, PAPER has reached out to the brand for a statement. Stay tuned.