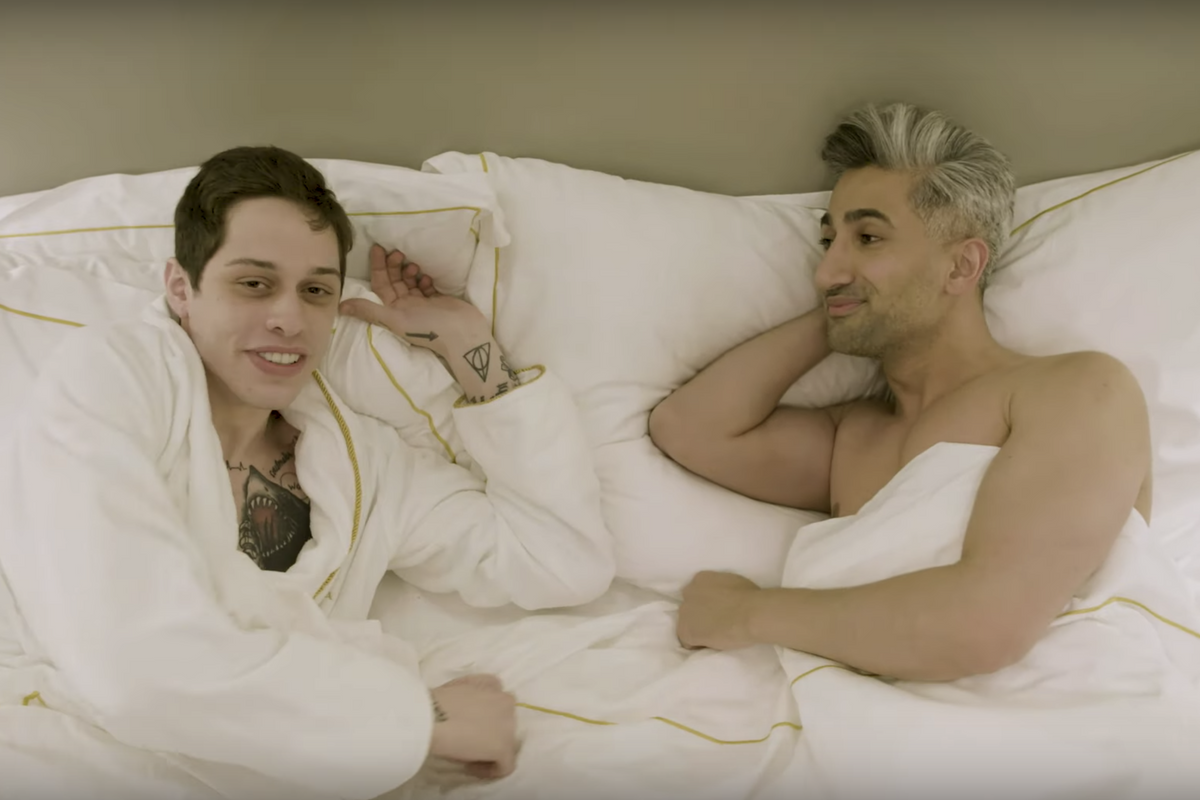 Tan France Gets in Bed With Pete Davidson

Netflix is teasing its first social series for Netflix is a Joke, its comedy arm, to fans everywhere and it looks oh-so-good. The series, titled "Dressing Funny with Tan France," is a fab, extended fashion guru segment, with Tan France taking the reigns and styling some of the biggest names in comedy. Netflix says that the series will feature appearances from Nick Kroll, Ali Wong, Miranda Sings, Tina Fey, Rachel Dratch, and Pete Davidson. The first episode was released today and stars John Mulaney, with France attempting to turn Mulaney into a full-fledged "hypebeast."

Despite accidentally insulting Mulaney early on with an old age comment — spoiler, they're the same age, oops — France manages to introduce Mulaney to his "harsh realities" and style him in everything from a Dsquared2 sweatshirt to a Fendi fanny pack. Eventually, the pair settled on something a bit more "Mulaney," but before they arrive at their final destination, it feels like a trip through Kith on a summer Saturday afternoon. Don't step on the tourists' fake Yeezys!

The trailer for the series promises that future episodes will be just as hilarious as the first, packed full of in-bed moments with Pete Davidson, a fake wedding with Miranda Sings, and a desperate pleas from various other celebs for France's help. Can Tan France do a series where he only styles writers next?