British actress Tallulah Haddon had never played a role so isolated as Leila, the central character in Kiss Me First, coming to Netflix (and Channel 4 in the UK) this spring from Skins co-creator Bryan Elsley. In the series, Haddon plays an avid gamer who's also a caretaker for her mother and "doesn't get out much." But at the core of that protagonist's identity, Haddon found common ground. Leila "doesn't really give a fuck," Haddon says. "She doesn't give a shit what other people think."

Haddon doesn't, either — yet as a self-identified queer femme, gender presentation is something she gives significant consideration.

"[I play] with the idea of femininity — kind of almost clowning or overdoing femininity as commentary on it," she says. "So if I'm dressing in a feminine way, I'm always overlining my lipstick, or wearing a wig. It's like drawing [femininity] out as much as it can possibly be drawn out, just because of the constant patriarchal gaze. But then I also wear very masc clothing, as well." 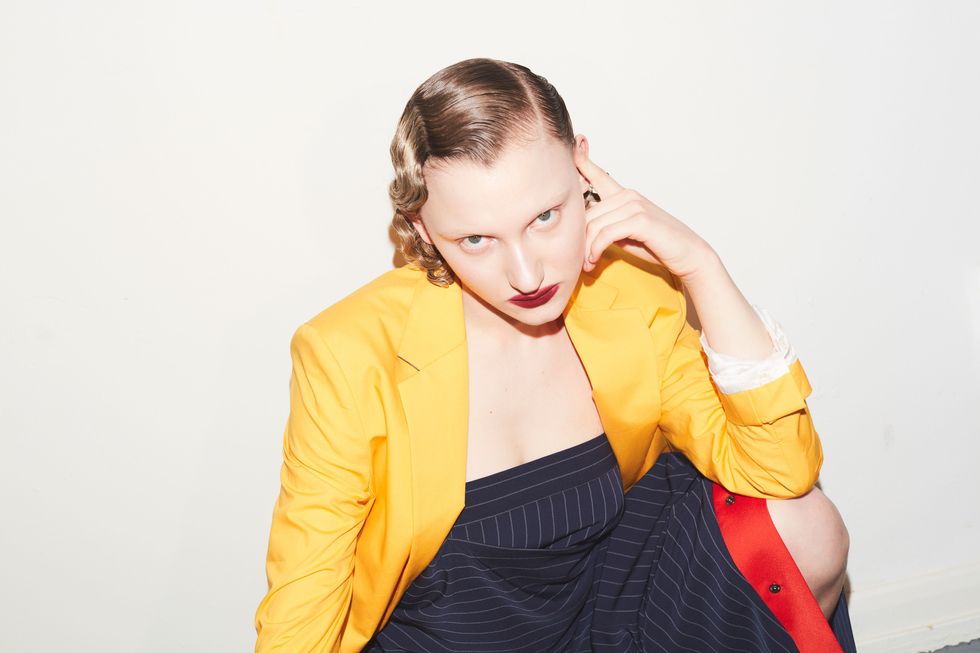 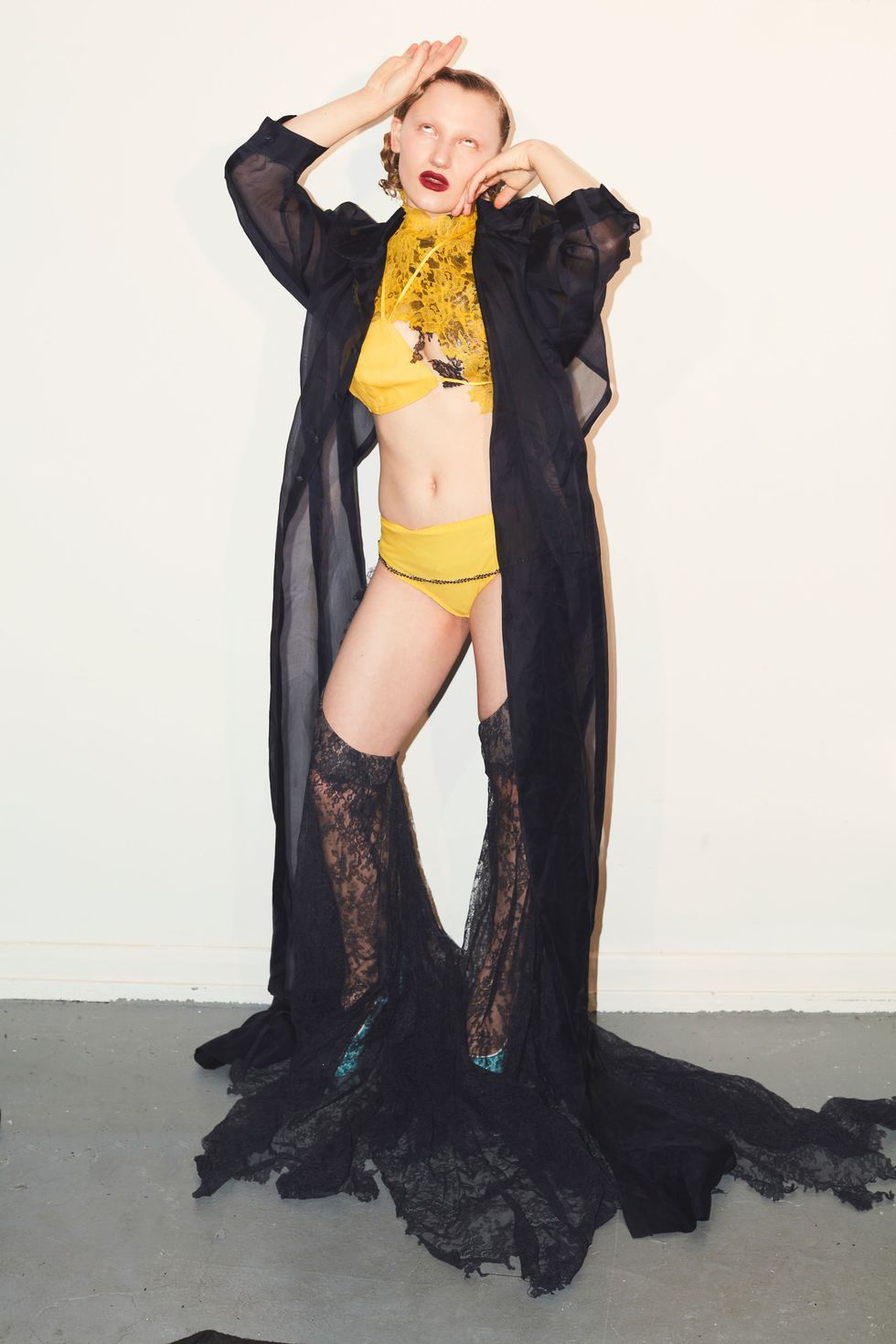 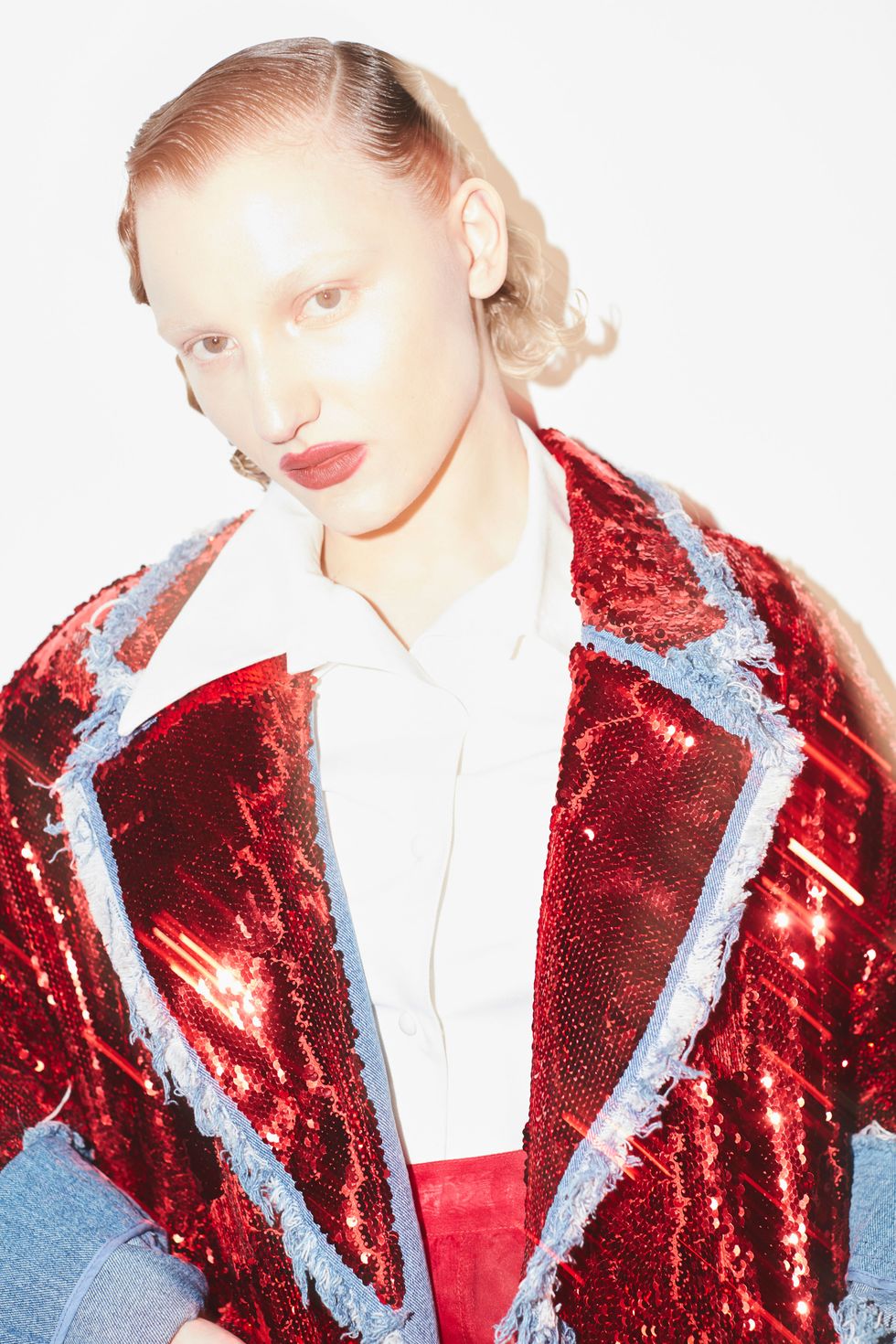 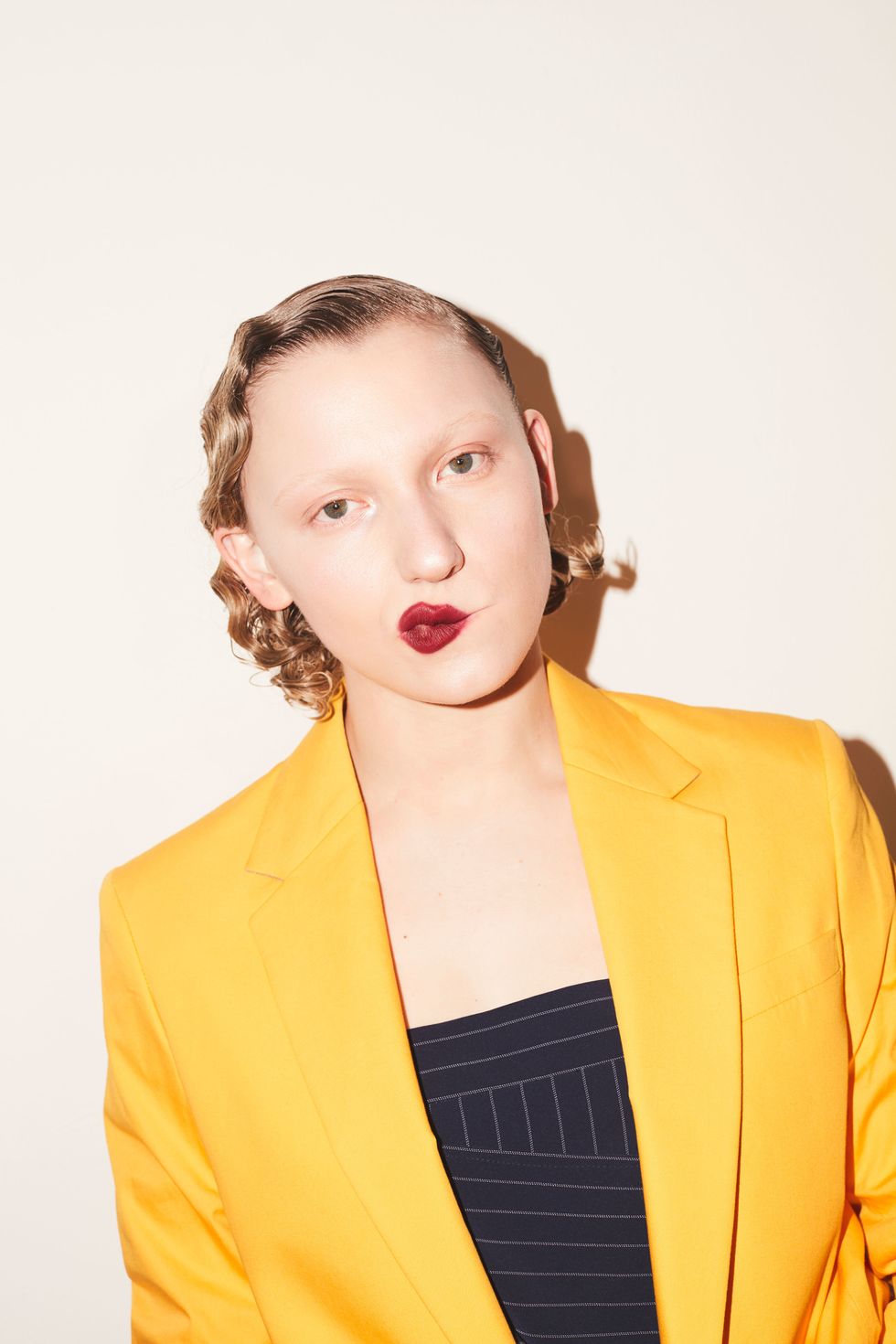 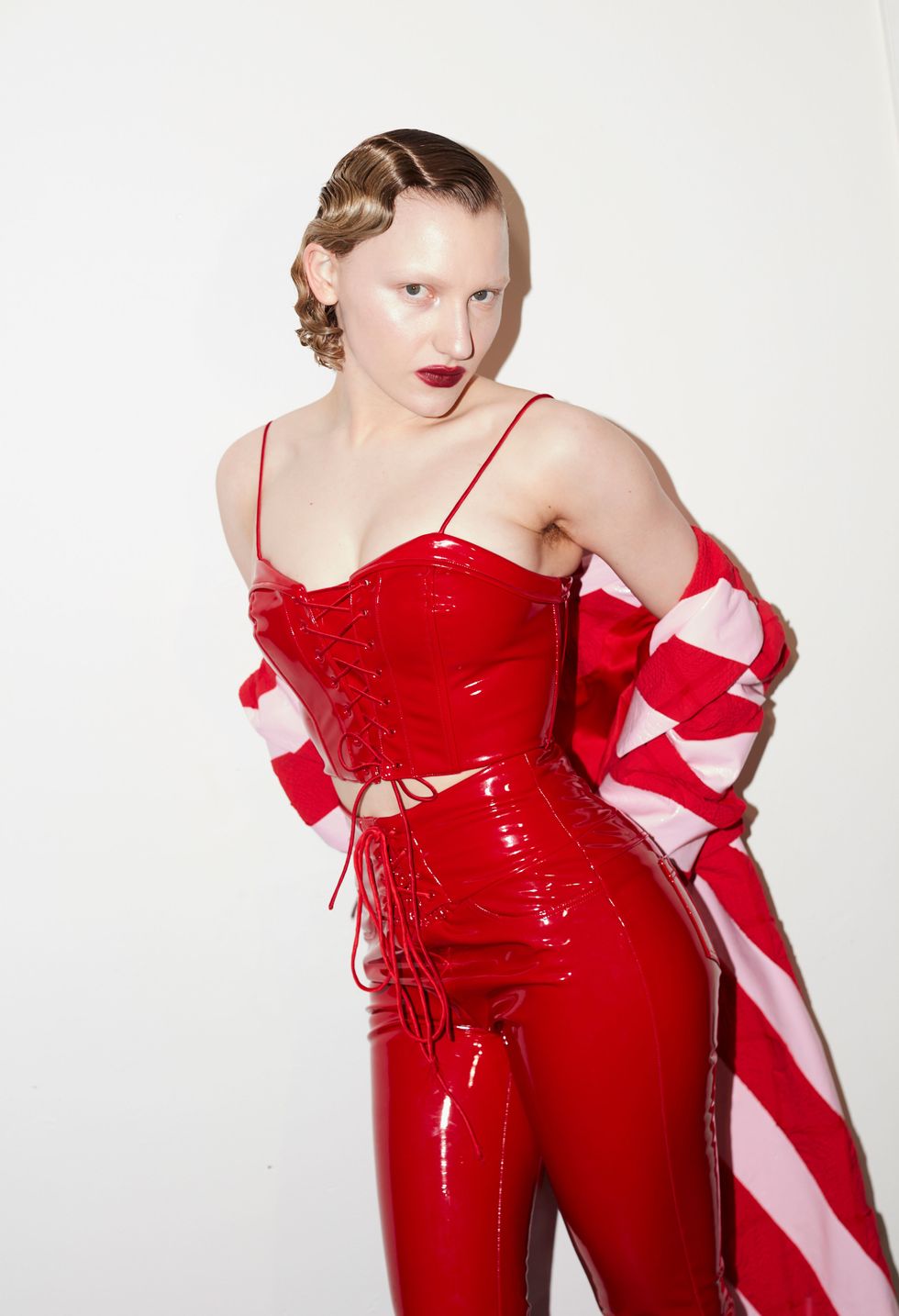 In London, Haddon is a regular on the queer drag circuit, performing monthly as a number of different characters as opposed to a single drag persona. One recent character, she says, A Very Important Man, riffed on male privilege. Another drag king persona that's in progress now is "basically a Trump act," Haddon says. A friend suggested the name Luke Warm; Haddon finds it clever and is considering taking it on somehow, sometime.

Even as her star as a film and TV actress inevitably rises, though, Haddon's drag career may not necessarily be propelled in conjunction: "At the moment, I haven't decided how much I want to share of that world in the kind of mainstream," she says. The Instagram account where she posts those looks is, at least for now, private.

"Recently I posted a picture of me in sort of femme drag," she says. "I'm commenting on RuPaul's comments recently, so I'm kind of reacting to that."

The connections between drag and everyday gender presentation aren't lost on Haddon, of course. Presenting herself as a person — in daily life and in the press — is "also really interesting and strange, and a bit like an art project," she says.

But bafflingly — to us, anyway — Haddon thought there wasn't much interest in her drag work. As much as we're looking forward to checking out Haddon as Leila in Kiss Me First, any glimpses into other aspects of her smart, patriarchy-shattering artistry, whether that's drag performance or the queer love story she one day hopes to create and film, would be a welcomed gift.

We're ready to embrace whatever she's willing to present.

Angus Cloud Reveals He Has 'Brain Damage' From Breaking His Skull

Who Will Model Yeezy Gap Sunglasses Next?

Britney Spears Accuses Catholic Church of Calling Her a 'Liar'

'Jam (Turn It Up)' With Kim Kardashian Headphones

Zooey Deschanel Put a Spell on Her 'Property Brothers' Boyfriend