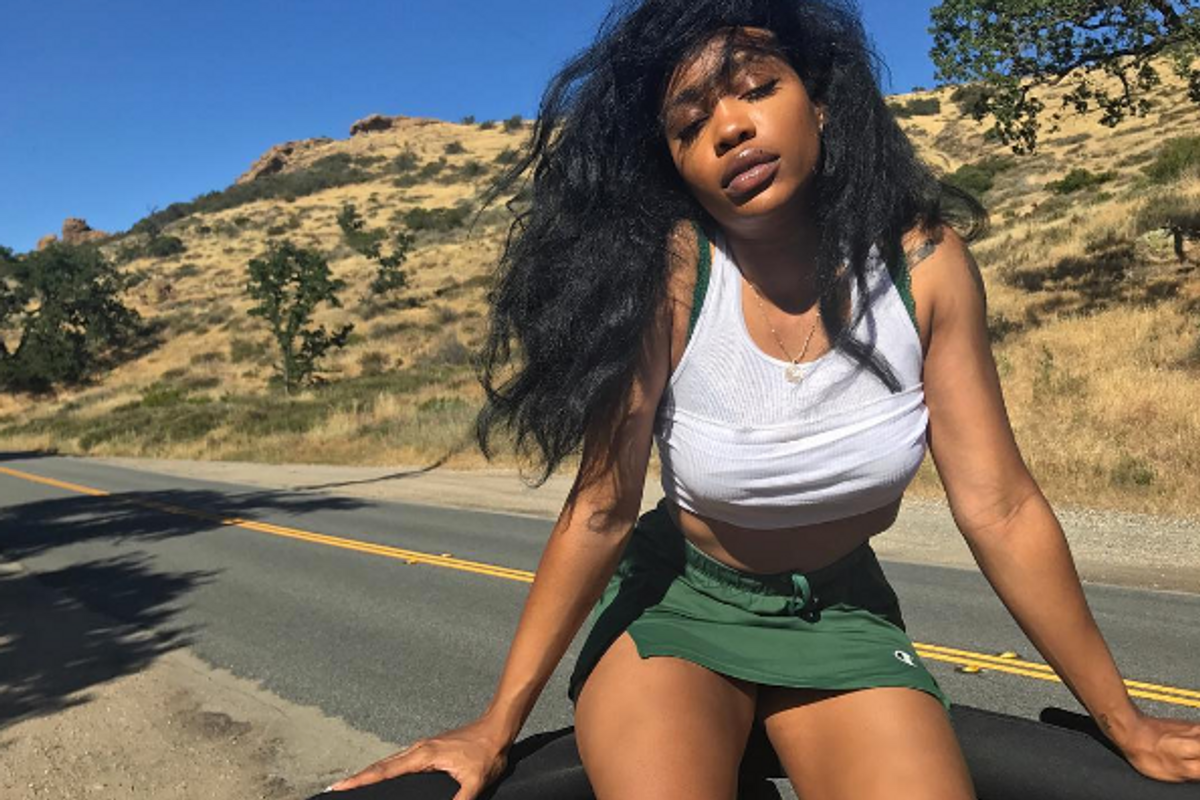 SZA has never shied away from addressing the complications surrounding the release of her debut album, though there has been a lot of speculation regarding why Ctrl dropped when it did — especially considering it came ten months after the singer announced on Twitter that she was quitting music. Now SZA has now revealed she actually had no control over the process.

In a new interview with the Guardian, the singer says her label TDE "cut her off" by quite literally taking her hard drive and had they even given her more time, it would've been an entirely different record.

"They just took my hard drive from me. That was all. I just kept fucking everything up. I just kept moving shit around. I was choosing from 150, 200 songs, so I'm just like, who knows what's good any more?" She said.

Asked if the Ctrl that made its way to the world was the Ctrl she would have put out had she been given the choice, SZA said "no, absolutely not."

"Any longer and I probably wouldn't … I'm also driving myself fucking crazy, so I don't know. Give me another month and it would have been something completely different."

Nonetheless SZA says another album will not be far off, considering she no longer has the same qualms that she did previously, despite telling Glamour she feels like leaving music behind "every other day."

"I have less anxiety about the things that hindered me putting this album out, so I'll probably be done in the next six months."

SZA is headlining her own North American tour kicking off next month, then will head to Europe with Bryson Tiller.

She certainly keeps us on our toes.