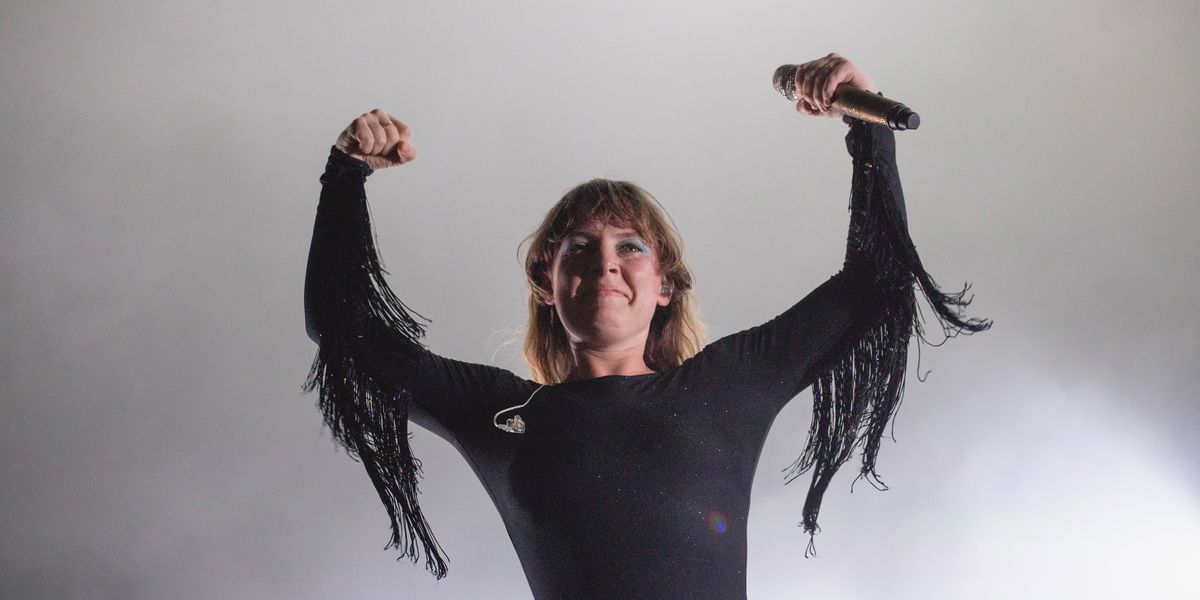 Sylvan Esso and Moses Sumney Are on the Same Wavelength

Indie electronic duo Sylvan Esso and fellow North Carolina singer-songwriter Moses Sumney have long been on the same wavelength. As individual artists, they are both known for effortless hooks, intense beats and frequent synth. This makes it all the more appropriate that Sylvan Esso dropped an enchanting visual for "Frequency," directed and styled by Sumney.

"Frequency," is one of three singles off of their LP Free Love, set for a September 25 release. Featuring delicately layered harmonies, alluring vocal dips and fragmented, garbled synthesizer backing instrumentals, the track is equally danceable as it is eerily tranquil, making it perfect for an intense but slow-moving, choreography-filled visual.

Passerby begin to join her as if drawn like magnets, all coinciding in the same movements and facial expressions, a mysterious frequency running through them all. A golfer and postal worker drop what they're doing to join in as another person follows the same dance from a nearby window, all moving to the song's buzzing backing sounds.

"She's got a frequency/ and I caught it/ all over me," Meath sings, before finally meeting the mysterious onlooker from the window. The two embrace, at long last, implying an intense and compelling connection.

"He had such a beautiful vision for the project, one that ran parallel to the song's initial source in a way that showed us new spaces it could inhabit," Sylvan Esso continued. "It's a beautiful exploration of being together and apart at the same time — we feel it rings clearly in this moment."

Sumney, in turn, tweeted that lending his directorial and styling expertise was an "honor."

"Frequency" joins "Ferris Wheel" and "Rooftop Dancing" as the three lovestruck and danceable offerings from Free Love that are released so far. The full 10-track LP was first announced in July, and will arrive two months later as the follow-up record to 2017's What Now.

The band elaborated on the upcoming LP's themes in a statement, "It's a record about being increasingly terrified of the world around you and looking inward to remember all the times when loving other people seemed so easy, so that you can find your way back to that place."