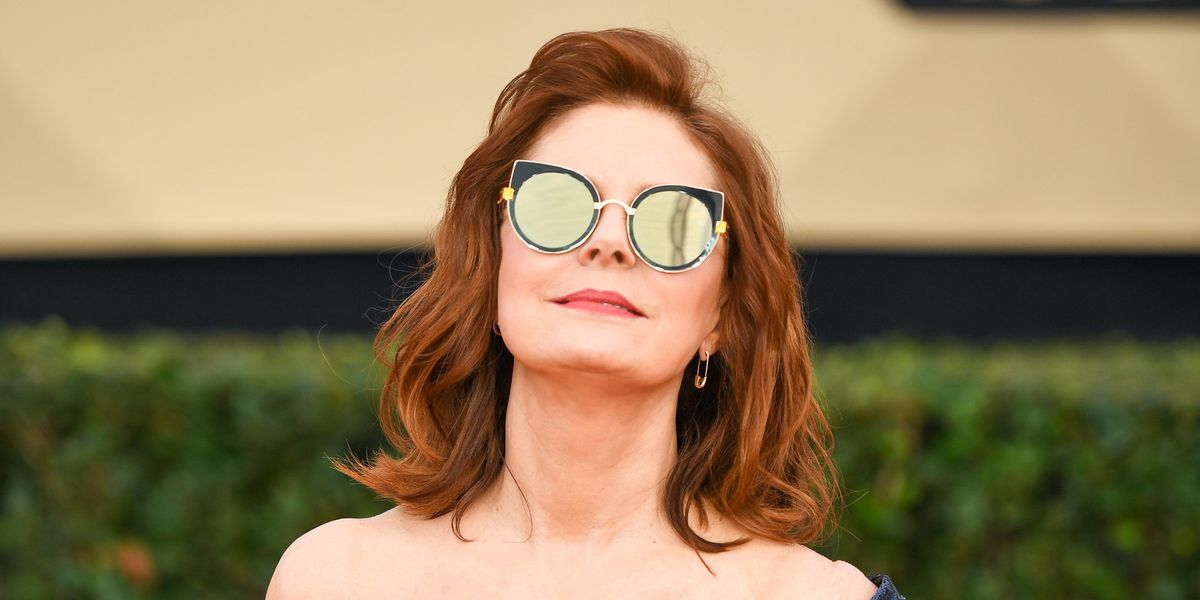 Susan Sarandon Wants You To Get Rid Of Facebook

It's been a rough few weeks for Facebook. CEO Mark Zuckerberg's face has spread over the Internet as he testified about the company's data breach during the 2016 election. The company is also being sued for discriminatory housing ads. Many users are considering leaving the platform altogether.

Now, actress Susan Sarandon has joined celebrities like Jim Carrey, Cher, and Elon Musk in the #DeleteFacebook movement. Yesterday, she posted an image of a Charles Bukowski quote on Instagram and Twitter and paired it with a caption saying she's leaving Facebook. The image says, "Censorship is the tool of those who have the need to hide actualities from themselves and from others. Their fear is only their inability to face what is real, and I can't vent any anger against them. I only feel this appalling sadness. Somewhere, in their upbringing, they were shielded against the total facts of our existence. They were only taught to look one way when many ways exist."

Twitter is still a viable option for those swayed by Sarandon, Cher, and Elon Musk, but Instagram is owned by Facebook. It looks like there are going to be a lot fewer sunset pictures and perfectly symmetrical brunch posts —and, hopefully fewer breaches of personal information — if their movement continues and picks up steam.