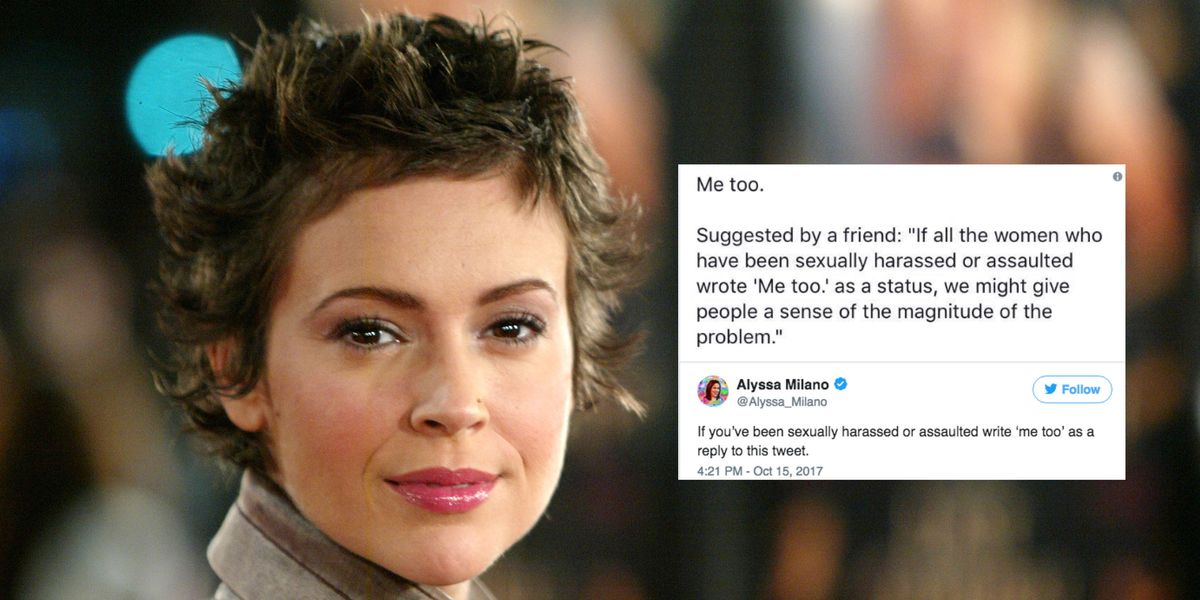 Survivors of Abuse Are Speaking Out with #MeToo

While the personal accounts that have emerged in the wake of Harvey Weinstein have been horrific and hugely triggering, we are now seeing women, as well as some men, across the world uniting on social media under the words "me too" to prove just how rampant sexual harassment and assault is.

Yesterday, actress Alyssa Milano asked those who have experienced abuse to tweet or status "me too," with an option to share their stories or simply post two words.

The concept has now exploding into a viral movement with actresses like Anna Paquin and Debra Messing immediately following suit, before the trend then made its way to Facebook. You, too, will likely have seen many of your friends, acquaintances and colleagues posting the words, and perhaps sharing their own experiences with harassers.

Milano starred in the hit TV show 'Charmed' alongside Rose McGowan, who alleged that Weinstein raped her. Many actresses also came forward with accounts of assault or harassment from Harvey Weinstein and other big shot Hollywood execs, as did James Van Der Beek and Terry Crews.