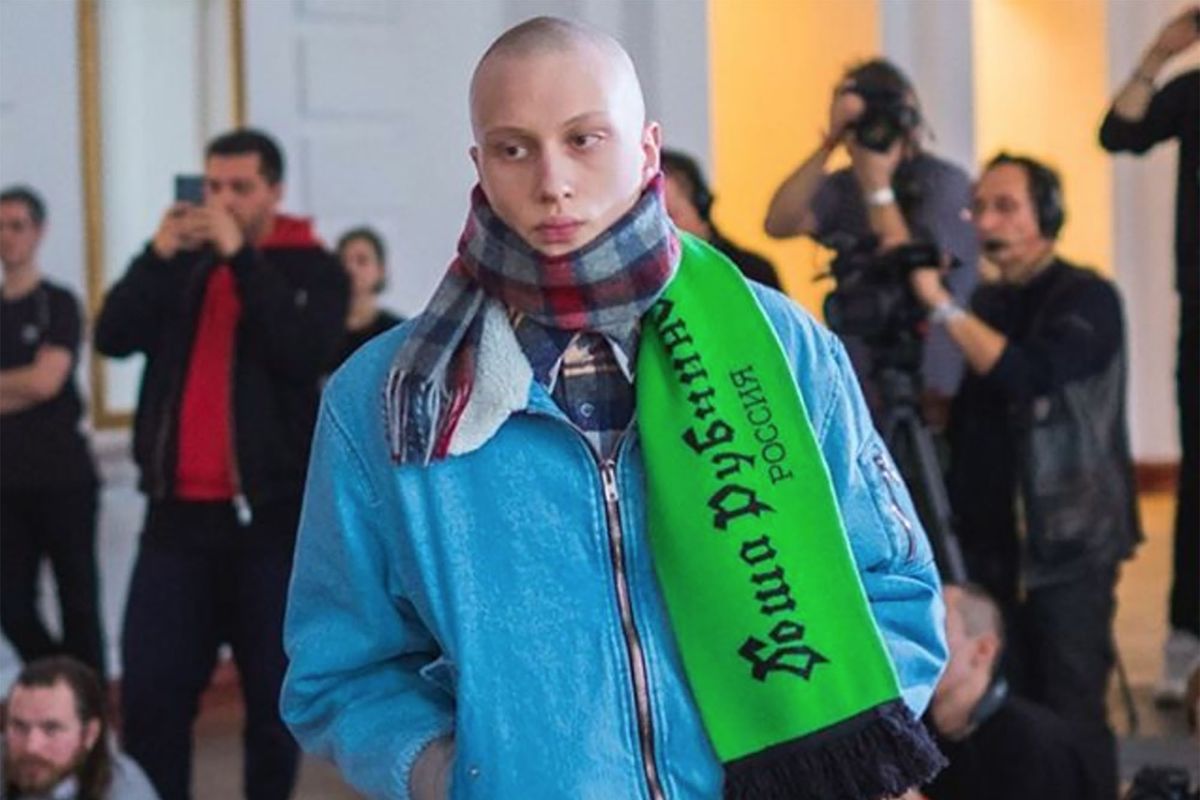 Surprise! Gosha Rubchinskiy and Adidas Just Staged the Show of Your Dreams

When Gosha Rubchinskiy, that enigmatic son of a gun, announced last year that he would be forgoing Paris Fashion Week to stage a show in his native Russia, we didn't know where, why, how, or even what...but the wait is over.

Kaliningrad, a city nestled on the Baltic coast between Poland and Lithuania, was the natural choice to represent Russia's deep relationship with Adidas. Russian sports teams always opted for the German brand and prior to WWII Kaliningrad was, in fact, a German city.

It doesn't hurt, of course, that Kaliningrad has a strong reputation as a youth culture capital–something Rubchinskiy holds dear. An all-Russian cast of models walked the runway to the sound of their own voices introducing themselves in their native language, subverting the industry's traditional treatment of models as just human coathangers.

As for the collection, well, think serious sportscore with a dash of Oliver Twist–newsboy caps meets chav-inspired football tracksuits and a whole lot of cyrillic script. No doubt you're going to want to get your mits on every damn piece.