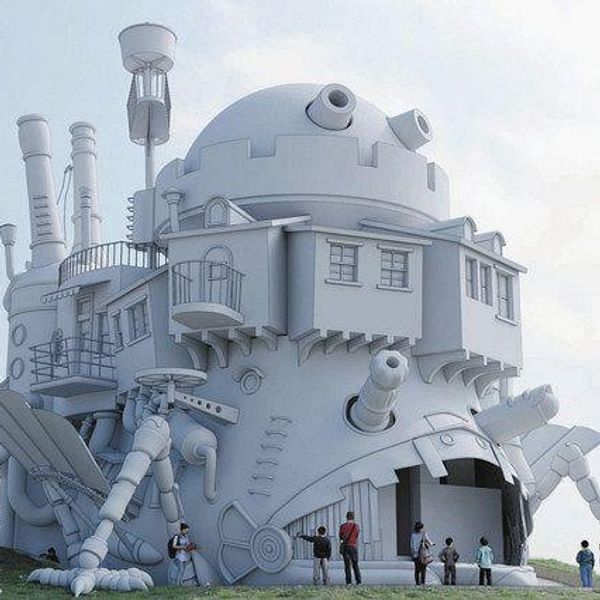 After announcing that it will open a theme park based around its beloved animated films next year, Studio Ghibli has unveiled concept art for its upcoming attractions centering on Howl's Moving Castle and Princess Mononoke.

The images, shared by Japanese culture news source Otaku Calendar on Twitter, show a replica of the titular moving castle — sadly not capable of movement but definitely built to scale. As well as the picturesque settlement of Irontown from Princess Mononoke.

Ghibli Park will be opened 2022 in Aichi Prefecture. Howl's Castle and Irontown of Princess Mononoke will be repord… https://t.co/qKJshoEGVE
— otakujp (@otakujp)1612436427.0

Already so better than The Wizarding World of Harry Potter, am I right? The park is being built near Nagoya, Japan, and will include iconic settings from the movies but also a theater and exhibition spaces providing behind-the-scenes info about the iconic animation studio's artistry.

The perfect reward for riding out the pandemic just might be a trip to Japan to visit Whisper of the Heart's antique shop, or the forest from My Neighbor Totoro. Gorō Miyazaki's new release Earwig and the Witch, now streaming on HBO Max, will surely get an exhibit too. And with the news that Hayao Miyazaki is coming out of retirement and making more movies, the theme park won't run out of material.

Related | The Girl Who Can Change Her Face

Slated to open in Fall 2022, we just hope Studio Ghibli's take on the theme park isn't controlled by witches who enjoy turning unsuspecting patrons into pigs.