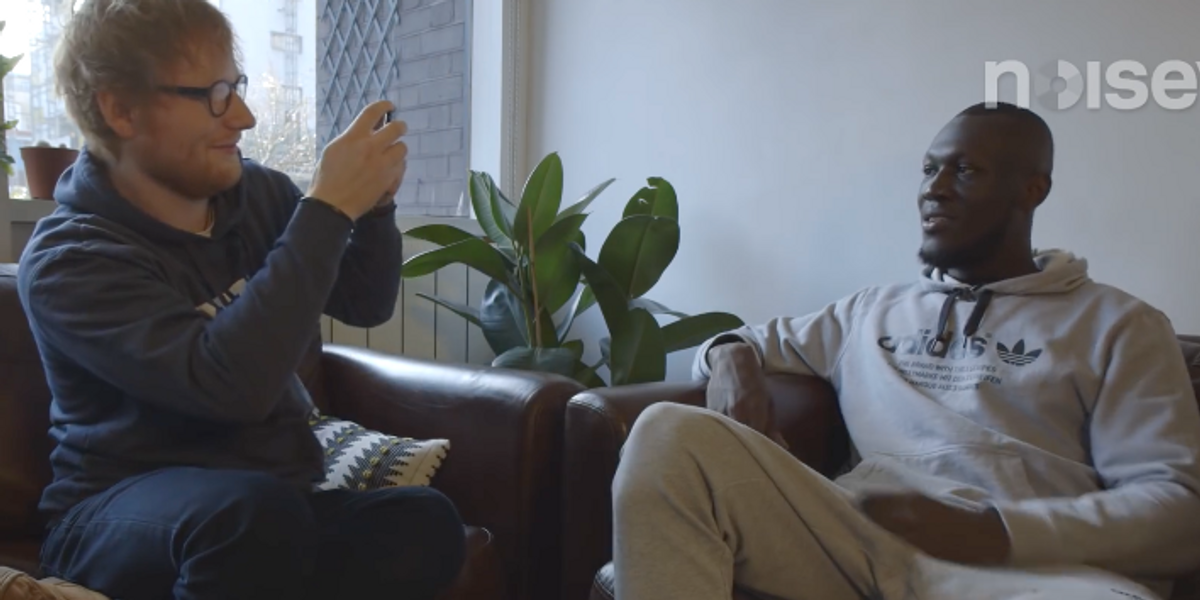 Stormzy and Ed Sheeran's Bromance is Everything We Need Right Now

Ed Sheeran, that guy who had a crush on you at high school who you also liked because he's the sweetest of roly-polyies but just couldn't stomach to bring out of the friendzone, and Stormzy, man and god, have the bromance one could only dream of.

Noisey released an interview this week featuring the duo which sole purpose was to seemingly putting this unlikely relationship on show and it's glorious. Particularly magic was when Ed asks Stormzy for the rapper's opinion on him prior to their introduction. What ensues is Stormzy expressing his love for Sheeran while the latter looks up at him adoringly with the full knowledge he's punching above his weight.

"I'm not even saying this because you're here," Stormzy says of Ed, "but you was everything I hoped you would be. This is a wedding speech innit? Do you know what it is? You're what they say around the town, Ed. Can't say that without it being cute, innit?"

But Stormzy and Sheeran took the freaking cake when they hit the BRIT's stage together last night to remix 'Shape of you.' This what dreams are made of.

Yeah, alright, don't mind if I do.

Despite the fact Stormzy was robbed in Best Breakout Artist category (in a tragic twist no Grime artist took home any awards last night) Ed tweeted this and broke hearts all over the show.

Official @Stormzy1 remix drops on friday. What a buzz, his album gang signs and prayer comes out that day too X
— Ed Sheeran (@edsheeran) February 22, 2017

Sheerzy has since become my unrivaled drug of choice – 10/10 would bump a little Stormzy/Sheeran magic in a seedy bathroom to get through a long night.