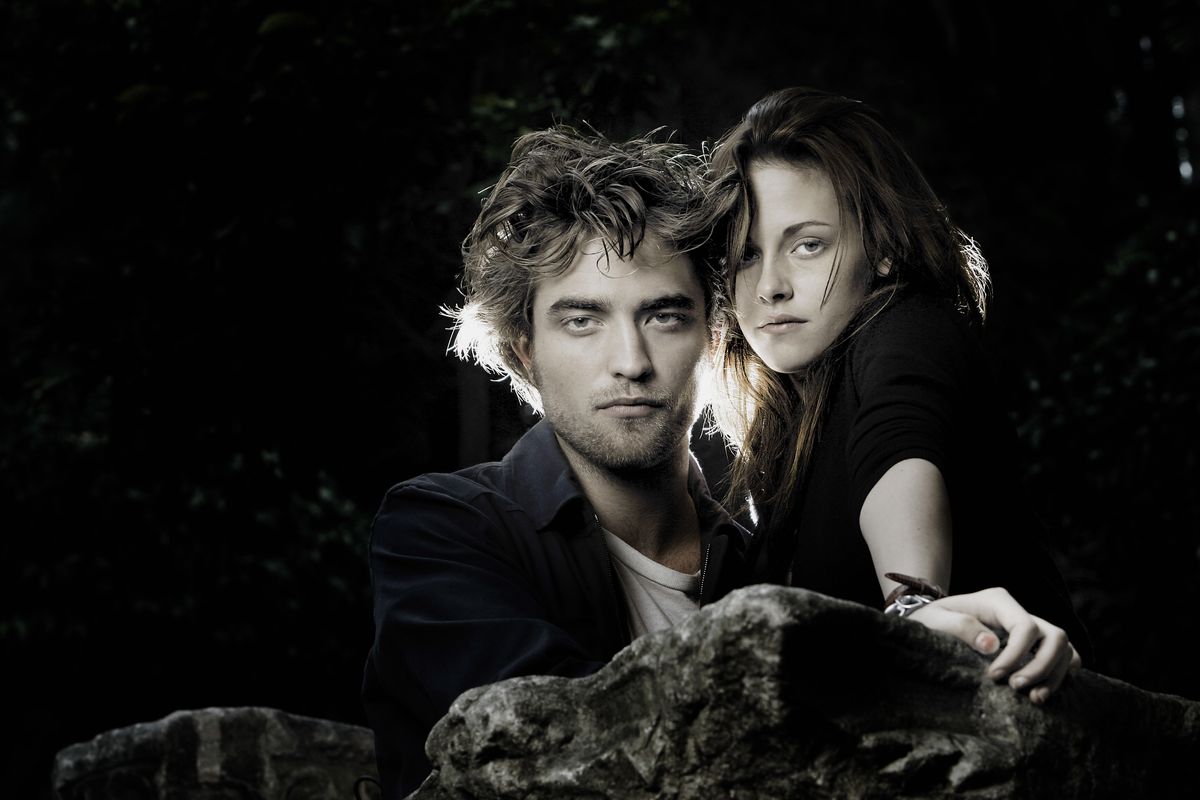 It's 2008. You've just put down Breaking Dawn, the fourth and final installation of the Twilight series. So epic. But you're distraught. The Twilight universe has come to a close. Stephenie Meyer never explained how vampires get boners, and you're never gonna find out how everything with Jacob and Renesmee goes down. Then, you hear something magical: Meyer is publishing Twilight from Edward's perspective. Hooray! Soon, you'll get to read all the moody dead heartthrob's sexy, violent thoughts about Bella and fantasize about being the subject of them, without pausing to consider the power dynamics or florid prose. XOXO, gossip girl!

True story. The book in question, which retells the events of Twilight from Edwards's POV, is called Midnight Sun. Meyer began writing it in 2008, after Breaking Dawn's release, until the 12-chapter manuscript leaked online caused her to shelve the project.

Over a decade later, the pandemic has prompted a change of heart. The author announced today on Good Morning America that she has finished Midnight Sun and will be releasing the novel on August 4. Move over, Sally Rooney, the queen is back!

"I am very excited to finally, finally announce the release of Midnight Sun on 4 August," Meyer said. "It's a crazy time right now and I wasn't sure it was the right time to put this book out, but some of you have been waiting for just so so long it didn't seem right to make you wait any more." The cover is out, and features the classic black design around a symbolic object. Edward's big symbol? A pomegranate. Because, as publishing house Little, Brown reports, the book will draw "on the classic myth of Hades and Persephone," calling it an "an epic novel about the profound pleasures and devastating consequences of immortal love."

Ok… chills? Anyway, Twihards, scream, freak, die! For a decade, it seemed certain the novel would sever see the light of day. At the time, Meyer called the leak, "a huge violation of my rights as an author, not to mention me as a human being" and said in 2013 that she'd never write about the Twilight universe again.

Meyer has admittedly since walked this back. In 2010, she released The Short Second Life of Bree Tanner, a novella about one of the "newborn" vampires from Eclipse. And in 2015, she released a gender-swapped version of Twilight called Life and Death: Twilight Reimagined, featuring protagonists Beau Swan and Edythe Cullen. She's also published two adult novels, The Host and The Chemist.

Little, Brown's description leaves little to be desired of the franchise's literary je ne sais quoi. "This unforgettable tale as told through Edward's eyes takes on a new and decidedly dark twist. Meeting beautiful, mysterious Bella is both the most intriguing and unnerving event he has experienced in his long life as a vampire," said the publisher. "As we learn more fascinating details about Edward's past and the complexity of his inner thoughts, we understand why this is the defining struggle of his life. How can he let himself fall in love with Bella when he knows that he is endangering her life?" Spoiler: he lets himself.