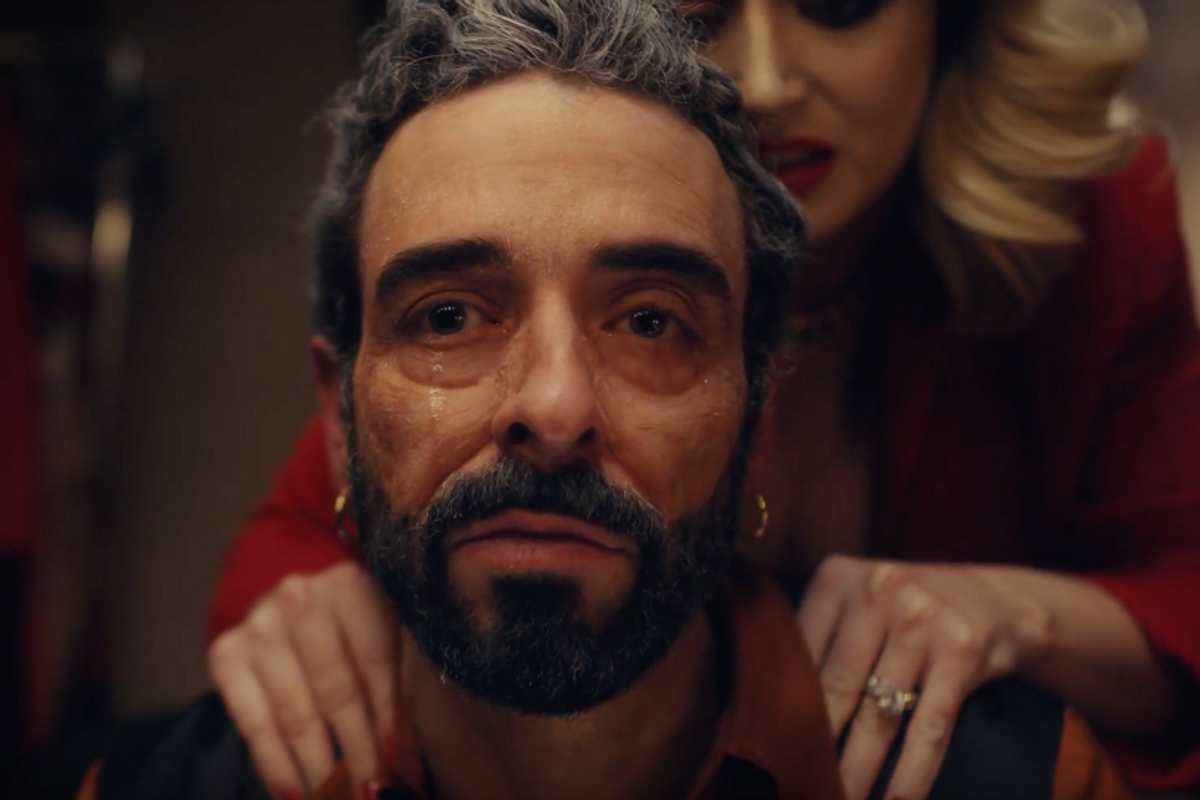 Cody Critcheloe, the queer provocateur behind SSION, is back with a glitzy new self-directed music video. "Inherit," from his album O, released earlier this year, is the glamorous, but darkly-tinged showbiz fantasy we've all be waiting for.

In the clip, which continues the storyline from his last self-directed video to "Comeback," Critcheloe is on a road trip, on a stage as a domineering director, in a messy romance, and exploring the nastier side effects of stardom, up to and including narcissism and vanity. But as we've come to expect with Critcheloe's work, what you see is only the first layer.

The music, a pulsating electronic track that feels rooted in disco fever, acts almost like a commentary on privilege and power. The chorus lines: "Inherit whatever you want/ It's all in the way that you feel it," when considered in tandem with the visuals here morph from healthy self-empowerment to self-aggrandizement with no boundaries. Stardom can take up so much space, as can privilege and power — all of it irresistible to hear, see, and experience.

"I wanted the music video for "Inherit" to pick up where "Comeback" left off, not really a sequel or providing any concrete conclusions," Critcheloe tells PAPER. "[It's] just a deeper dive into the dynamic between director and star; artist and muse; and the soap opera that could potentially exist behind the scenes of creating a 'show.' Love affairs, obsession, delusion, rhinoplasty, and more — a dream-like fantasy of a seemingly glamorous showbiz life where bits of nostalgia are mangled with modern neurosis to create this montaged hyper-fantasy."

Stream SSION's O in full, below.