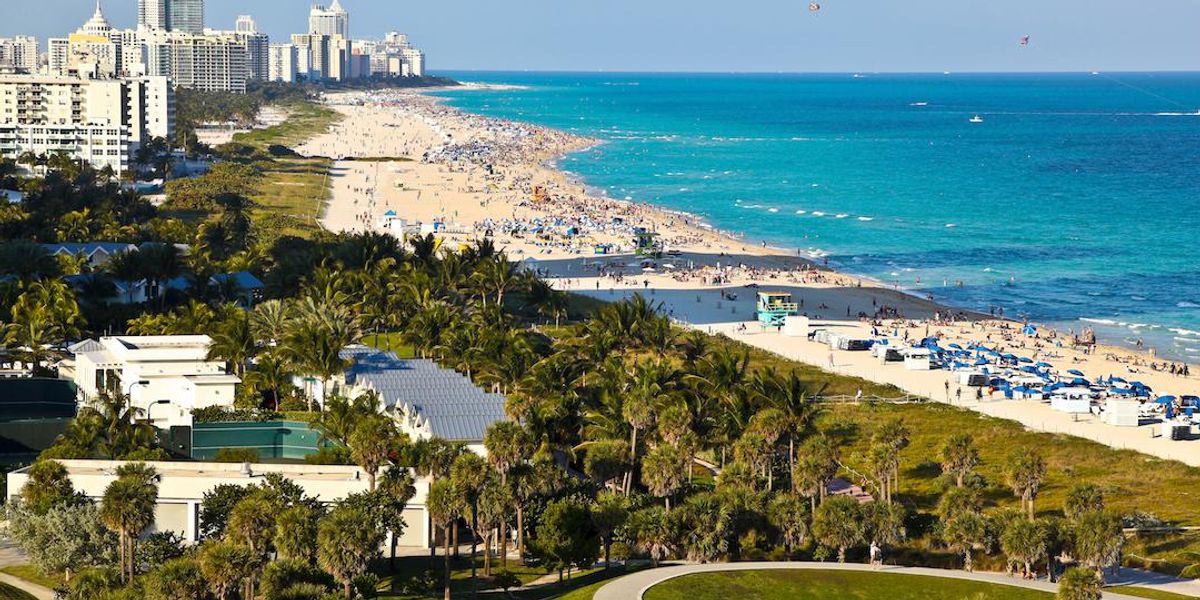 It's spring break season, and despite there still being a worldwide pandemic going on, crowds are still flocking over to Miami Beach. And now, the city's in crisis.

Though the majority of colleges canceled this year's spring break — with some even giving incentives for students to stay on-campus — students are traveling anyway. And that hasn't helped in terms of controlling the spread of COVID-19.

On Saturday, Miami Beach declared a state of emergency because of the sheer number of people coming over to their shores to vacation and sparking a lot of health and safety concerns. Mayor Dan Gelber announced that there will now be an 8:00 PM curfew for the South Beach entertainment district. Some roads will also be closed, including the causeways from Miami city which will not allow non-locals to cross starting at 9:00 PM.

These rules will be in place for the next 72 hours.

"Too many are coming, really, without the intention of following the rules, and the result has been a level of chaos and disorder that is just something more than we can endure," Gelber told CNN. "Other things have happened that are similarly challenging, and so it feels like a tinder, it feels like just any match could set it off."

As of Saturday, the state of Florida surpassed 2 million COVID-19 cases and reported 5,000 new infections.