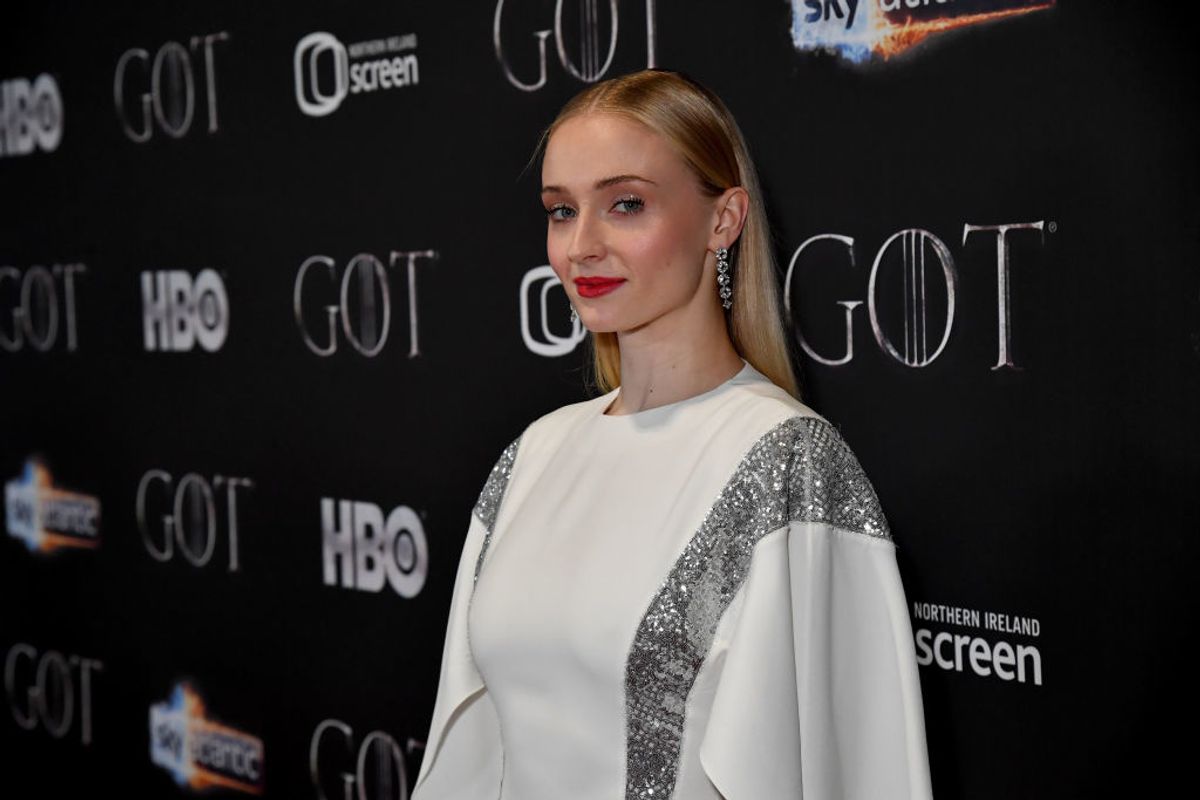 Game of Thrones' Sophie Turner has revealed that she struggled with self esteem issues and clinical depression while playing Sansa on the show. In a new podcast interview with Dr. Phil, Turner explained how fame has negatively affected her mental health in recent years — although happily she's doing much better these days.

Turner is apparently a huge fan of Dr. Phil, and things got super candid between the two. The actress recalled that her first few years filming Game of Thrones were just about perfect, but as she got older and the show got more popular, things went downhill. She's had depression for "about five or six years," and says she still struggles to get out of bed and leave the house on occasion.

"Everything was incredible, and it only started to go downhill when I started to hit puberty," Turner told Dr. Phil. As her body changed, she started to receive more attention on social media platforms, and reading negative comments led to a mental health spiral. "People used to write, 'Damn, Sansa gained ten pounds,'" she explained. "A lot of weight comments." Turner said she became more self conscious on set, which hindered her acting abilities: "I'd get them to tighten my corset a lot… I got concerned about my angles, and it would affect me creatively."

Turner is now using medication and therapy to treat her depression, and a certain Jonas Brother has helped, too: "I'm now with someone who makes me realize I do have some redeeming qualities." Some? She's Sansa goddamn STARK. GoT would be NOTHING without her!

Watch the whole interview, below. Note: Dr. Phil weirdly takes the opportunity to tell Turner about his vasectomy reversal in quite a lot of detail.