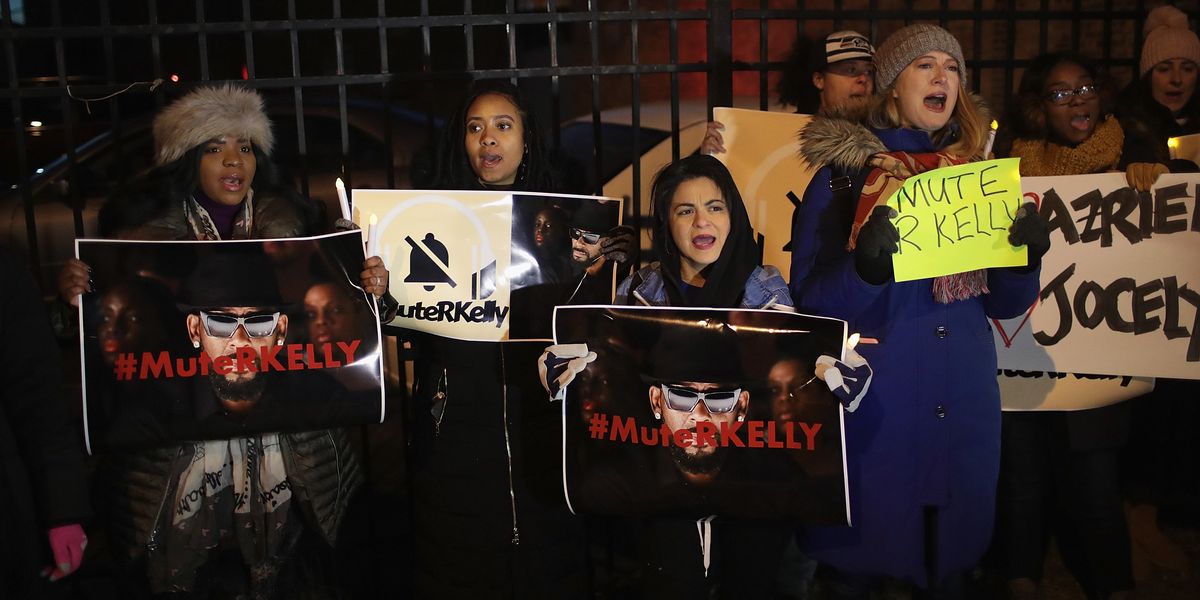 dream hampton's Lifetime documentary series Surviving R. Kelly has pushed numerous sexual assault allegations against the disgraced 2000s R&B star back into the spotlight and given strength to the #MuteRKelly movement, which started gaining real traction in 2017. Multiple musicians have spoken out against Kelly or apologized for collaborating with him. Now, Variety reports, Sony has dropped Kelly from its roster of artists in the face of public pressure.

Although Sony is yet to make a public statement on the matter, Kelly is no longer listed as an artist on the RCA records website. Kelly has been with RCA his entire career, and last released an album with them in 2016.

Related | R. Kelly's Daughter Buku Abi Speaks Out Against Him

#MuteRKelly activists have been physically protesting outside of Sony offices over the past week, and have circulated a petition asking that he be dropped as an artist. A spokesperson from the movement told PAPER that organizers are "extremely grateful to RCA/Sony for finally doing the right thing and dropping documented child molester, R. Kelly, from the label."

They cautioned that Kelly will still continue to profit from his past work with Sony:

"It's high time corporations put people over profit and stop supporting artists who have a track record of abusing young women. We hope that they will take this moment to enact a morality clause in their artist contracts so that it doesn't take another 25 years to cut off financial support for criminally problematic artists to be dropped from the label."