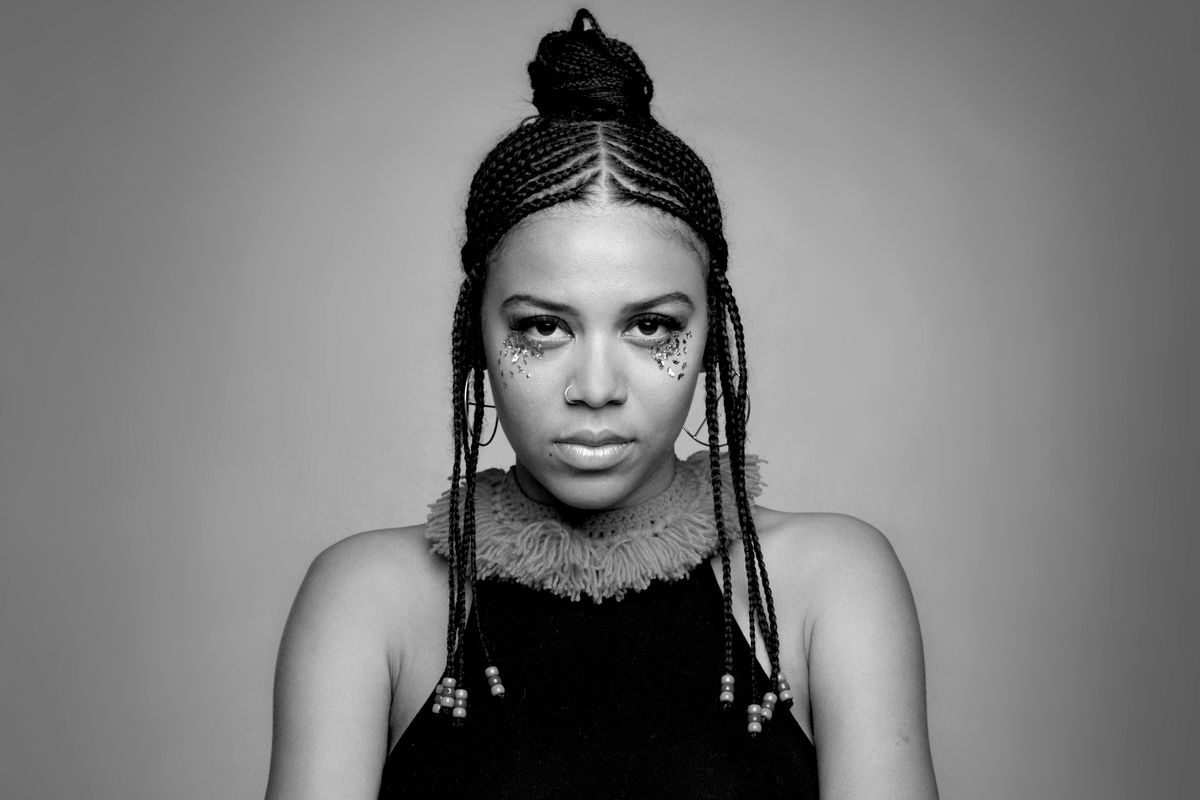 At a young age, Maya Christinah Xichavo Wegerif, known by her stage name Sho Madjozi, knew she wanted to be a writer. By the time she was 10, the South African rapper-songwriter was spending much of her free time writing plays, short stories and poetry. After moving to the U.S. for college to study creative writing, she returned home to pursue her dream and while in a financial bind, stumbled into ghostwriting for musicians. Within three years, Sho Madjozi turned ghostwriting into a fruitful solo music career and became one of Africa's biggest pop stars after releasing the 2018 hit single, "Huku."

Madjozi's rapid rise to fame can be credited in part to her dedication to altering what contemporary African pop music sounds like. Unlike many mainstream African pop acts, Madjozi raps in several different native African languages over tracks that are usually reserved for English lyrics, and on gqom beats that typically don't require much lyrical content at all. For "Huku," a lively dance track featuring a traditional gqom beat, she raps primarily in Swahili, a language she picked up while living in Tanzania with her parents as a child. In many of her other popular songs, she raps in Tsonga, the native language of her heritage. This unique ability means she has a wide appeal, reaching audiences across the continent and beyond by speaking directly to them.

The rapper's debut album, Limpopo Champions League, has further solidified her space in the African pop-scene. On records like "Wakanda Forever," she's showboating and playfully rhyming over the gqom beats that for almost a decade have dominated South Africa's club scene. Throughout the album, Madjozi flirts with being both a rapper and a pop singer, altering her delivery at various points to comfortably fit within either box.

But still what's so special about Madjozi is that her music is truly Pan African. Her time spent growing up in Tanzania, living briefly in Senegal and the U.S., and now residing back in South Africa, has created a mix of sounds that pull from various cultures in Africa and the diaspora, making it easier for Africans around the continent to sonically relate. "I hope what comes out from my life experiences in the different places I've lived is this Pan-African experience," said Sho Madjozi. "I'm an African artist; I don't even feel that comfortable considering myself South African."

Sho Madjozi spoke with PAPER about her blossoming new career, changing the landscape of gqom music, and why she feels the need to integrate her traditional heritage with contemporary styles.

Why do you think your music career took off so quickly?

My career developed very quickly, which I think really speaks to a couple of things, [including] the shock of seeing somebody in a pop music video wearing traditional attire unapologetically. It shouldn't have been as shocking and hopefully, I've made it so it isn't shocking anymore. At that time, seeing me in the "Gqi" music videos in a bright pink Xibelani skirt was a big deal for a lot of people. And not just that it was traditional attire, but it was in a tradition that was never really marketed at that time. I was someone who was saying I'm actually proud to be Tsonga and I'm not going to be embarrassed about my culture. That was shocking to people.

Why was it important for you to rap exclusively in Tsonga and other African languages?

I never thought it was going to be controversial or astounding. It wasn't something that was hugely premeditated. I was sitting in a studio full of Zulu people who rapped in Zulu and so I certainly wasn't going to rap in English, that wasn't going to happen. So what was my other alternative, rap in another language? For me, it was kind of natural. I had this flow in my mind that was a Tsonga flow.

"I was someone who was saying I'm actually proud to be Tsonga and I'm not going to be embarrassed about my culture. That was shocking to people."

Would you consider yourself a pop musician?

I'm comfortable with labeling my music pop. That's definitely a compliment to me. By virtue of the languages I use, it has an alternative feeling. I don't see pop as a bad thing. Here the mainstream still has so much room. I don't think South African artists need to themselves go and decide that they need to be alternative. There's still so much room to determine what the mainstream will be.

What's an example of local alternative sounds transitioning into the mainstream?

Gqom music, when we started making it, was very sparse with the lyrics. It was very basic, one or two words. People must remember that. When I made "Dumi Hi Phone," I was told there's too many lyrics. They were like, you're treating a gqom track like its a hip-hop track, people don't want to hear lyrics, people just want to listen to this mindless trance. I still took a chance. I usually use that sort of a gqom beat but always if you listen to it, it has a hip-hop structure where it will go 8, 12, or 16 bars, bridge, chorus, and then repeat. That's not at all the structure of gqom before I touched it. So even that would have been considered alternative back then, but everybody started doing that. Now mainstream gqom has verses and stuff, which it didn't have when I first started.

I literally go into the studio and whatever is happening in my life comes out; whatever is going on in my mind comes out. I know that I'm always going to work on the music and sounds that I enjoy. I worked with a young producer called TBoy Daflame for a lot of the album, I also worked a lot with pH Raw. These are people I feel very comfortable with, and who will make music and then give it to me and say what do you think of this, and then we'll work it together. Then I'll start putting lyrics on it based on whatever is actually happening in my life. I went through quite a hectic breakup while I was recording the album. Unintentionally, I saw the break up starting to emerge in my music.

Did you expect "Huku" to be as big of a hit as it was?

When I listen to it, it's catchy. A huge part of it owes its success to the fact that it's been largely endorsed by the Kiswahili speaking population because it is a Kiswahili song. There's a lot of Kiswahili speakers even in South Africa, let alone in the rest of the content. I was told that the song wasn't going to be a hit by some really prominent people in this industry who would know more than me, should know more than me. It shouldn't have been a hit, I was told it wasn't going to be one. I said okay fine, I'm just going to release it on my own then and I did. I'm glad that people liked it because it gave me that confidence, a confidence that I wish other people also can get. If I could inspire that in other people, that would be amazing.

How did living in Tanzania, Senegal, and the U.S. influence your music?

I don't compartmentalize my musical process. I don't know if this is the Swahili side of my brain working or the Tanzanian inspired side of my brain working, or the U.S. side. I'm just kind of one person now and that's who I am. For the most part, I'm a Pan-Africanist. I know that living in the U.S. made me appreciate being African more than anything. I'm so grateful to have lived in Senegal. I've lived in Southern Africa, I've lived in East Africa, I've lived in West Africa. North Africa has its own identity, they don't even know if they are Africans. I would say I've basically lived on all the corners of Africa and so I hope that comes through in my music, that it's a Pan-African thing.

I've always been musical in my poetry. I always wrote musically. When I listen to my poems, they sound like if I put them on a beat, they could kind of work. My understanding of how rap should work seems to be innate. It's probably not innate. It probably comes from reading and studying verse writing for years, which is more like a poetic rhythm. A big difference between my poetry and my music is the content that I feel like I have to express through poetry. And I say have to, because poetry for me is a need. I need poetry to stay alive, to keep myself sane somewhat. The topics of my poetry tend to be rather of a much more personal nature.